Close
The Neon Boys
formed January 1, 1972 - January 1, 1973 (age 1)
Biography
The obscure but semi-legendary Neon Boys were a precursor to Television, featuring Tom Verlaine, Richard Hell, and drummer Billy Ficca. Their duration, from the fall of 1972 to the spring of 1973 according to Clinton Heylin's -From the Velvets to the Voidoids, was brief. They were certainly ahead of their time, however, as recordings that later surfaced proved. On That's All I Know and Love Comes in Spurts, which finally came out as one side of a seven-inch EP years later, the group played with an edge suggestive of both speed freaks and punk rock. There was shrieking guitar, half-spoken lyrics declaimed in a semi-state of hysteria, and words that were too scabrous to have been considered for commercial airplay in 1973 (certainly on Love Comes in Spurts, at any rate). A then-unknown Dee Dee Ramone unsuccessfully auditioned for the band as a second guitarist before the Neon Boys, still a trio, decided to disband.

Of course all three of the principals would rapidly resurface as members of the original Television lineup, although Hell dropped out of that group before their first album. Hell would re-record Love Comes in Spurts himself as a solo act. The Neon Boys' versions of That's All I Know and Love Comes in Spurts were issued as one side of a seven-inch EP on Shake Records that had two later Hell solo recordings on the other side. Another Neon Boys recording, High-Heeled Wheels, surfaced on a CD single (which also included the two previously released Neon Boys cuts) on the UK Overground label. According to -From the Velvets to the Voidoids, three other Neon Boys songs -- Tramp, Hot Dog, and Poor Circulation -- were also recorded, although they have not yet been released. ~ Richie Unterberger, Rovi 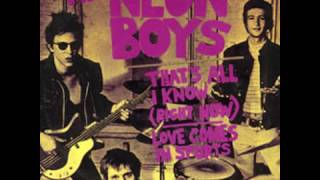 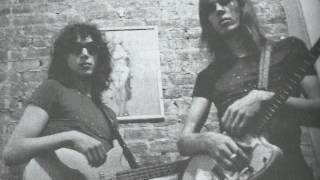 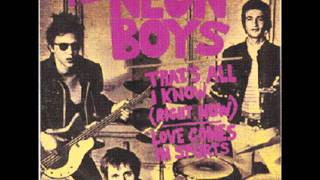 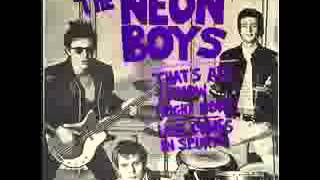 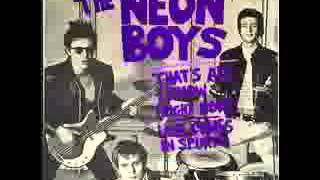 The Neon Boys - That's All I Know (Right Now) 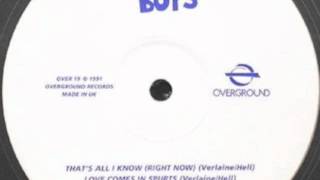 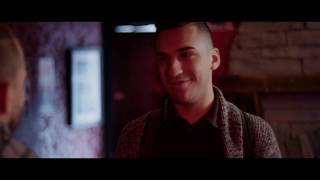