Close
Eggs Over Easy
Biography
Historically renowned as the band which launched the entire British pub rock scene, the all-American Eggs over Easy originally arrived in the U.K. to cut a record with producer Chas Chandler in 1970. Sessions at Olympic Studios went well, but escalating problems with the group's American backers, Cannon Films, saw the project run aground in the new year and the group moved onto the live circuit while they sought a new deal. They played a number of college gigs around the country, but it was at the Tally Ho pub in London's Kentish Town neighborhood, just around the corner from the band's communal home, that they made their reputation -- and forged an entire new musical movement.

Originally booked to play the traditionally slack Monday night at a venue which had hitherto favored jazz performers, Eggs over Easy's reputation quickly spread, not only to the public but also among other bands. The members of Brinsley Schwarz were early admirers, frequently attending the band's Tally Ho dates and often joining them onstage -- before long, Brinsley Schwarz, too, was concentrating their attention on the pub circuit. With other bands hastening to join them, by early fall 1971, interest and enthusiasm was so high that Eggs over Easy was able to organize a city-wide tour of Inde Coope brewery pubs. They followed through with a 12-date U.K. tour supporting John Mayall, Eggs over Easy's country rock-flavored repertoire offering a fascinating counterpoint to Mayall's then rampant jazz-blues fixation.

The group's U.K. sojourn was coming to an end, however. Despite having recorded an album, a record deal remained elusive, while the band's work permits were also expiring. On November 7, 1971, Eggs over Easy played their final Tally Ho show, then returned to the U.S. They would disband shortly after, but before they did, they signed with A&M and finally consigned a fraction of their repertoire to vinyl -- according to Brinsley Schwarz's Nick Lowe, the band had over 100 songs at their fingertips. Just one-tenth of that catalog appeared on Good'N'Cheap; the band has also been enshrined on EMI's Naughty Rhythms: The Best of Pub Rock CD anthology. ~ Dave Thompson, Rovi 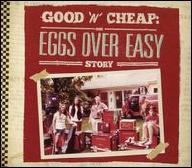 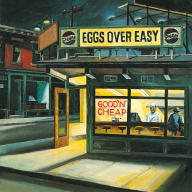 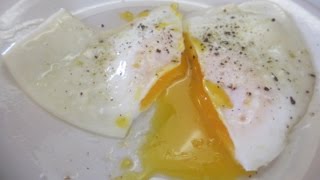 EGG OVER EASY - How to make PERFECT OVER EASY EGGS demonstration 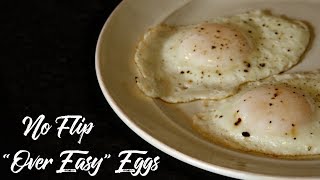 How to Cheat Over Easy Eggs! 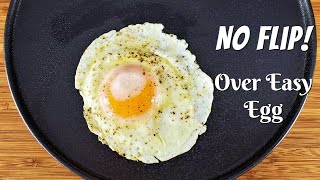 Over Easy Eggs Without Flipping | It's no yolk... 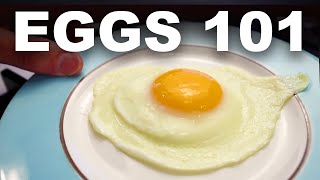 Eggs 101 | sunny side up, crispy, basted, over easy, scrambled, omelette 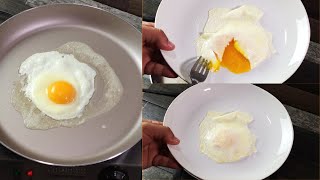 How to Make a PERFECT Over Easy Egg 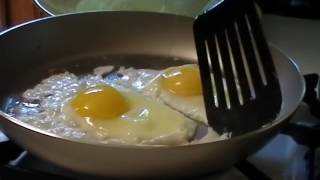 How to make eggs over easy 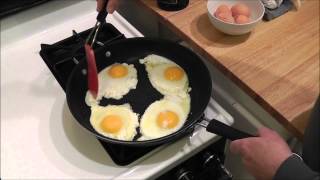