Close
Martti Talvela
January 1, 1935 - January 1, 1989 (age 54)
Biography
Martti Talvela had a Wagnerian bass voice of uncommon power and richness. He was noted for his expressive legato singing, and exceptional focus of tone. He also dominated the operatic stage by his sheer size: He was an immense man, standing 6 foot eight and weighing around 300 pounds. This suited him well for the most commanding roles in opera, such as Fasolt the Giant in Wagner's Das Rheingold and Hagen in GštterdŠmmerung, Musorgsky's Boris Godunov, Sarastro in Mozart's The Magic Flute, Verdi's Grand Inquisitor, and a role that was written for him, the revivalist preacher Paavo Ruotsalainen in Kokkonen's The Last Temptations.

He began his adult life as a schoolteacher, but pursued vocal studies. After is Stockholm operatic debut (as Sparafucile in Verdi's Rigoletto he soon found himself in demand, singing all the Wagnerian bass roles, several Russian operas, and many Verdi parts. He also pursued a career as a recitalist, and was the greatest male champion of the songs of his countrymen Sibelius and Kilpinen. He regarded the condition of being granted artistic talent as carrying with it a God-given responsibility. In 1972, he accepted an invitation to become Artistic Director of the Savonlinna Opera Festival. This yearly event, little known then outside Finland, had been revived in 1967 after a festival that had been run by the great Finnish soprano A•no Ackté from 1912 to 1930. Talvela immediately transformed it into one of the top international music festivals, in which operas are staged in the impressive courtyard of the St. Olaf's Castle (or Olavonlinna).

Health problems forced Talvela's retirement from Savonlinna in 1979; he had been diagnosed with diabetes and he had other dangers to his health due to his weight. He restricted his operatic repertory to ten roles, cut back on his lucrative employment in that field, but expanded his schedule of recitals on the grounds that these were better "to bring my message." His sense of the artist's divine mission to bring something to the world was expressed in a 1986 interview. He accepted an appointment to become director of the Finnish National Opera commencing in 1992. But he was striken with a heart attack and dropped dead while dancing at the part after his daughter's wedding on July 22, 1989, one of the most shocking and regretted sudden deaths in recent operatic history. He left behind a rich legacy of recordings, including video productions, of many of his great roles. ~ Joseph Stevenson, Rovi 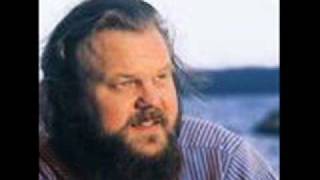 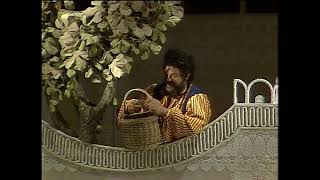 Martti Talvela sings one of Mozart's most Incredible Melodies 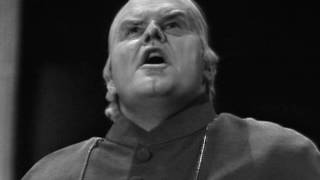 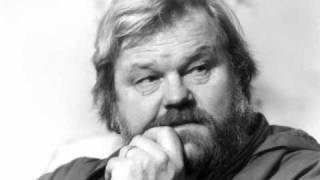 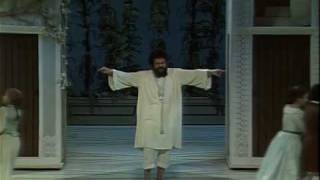 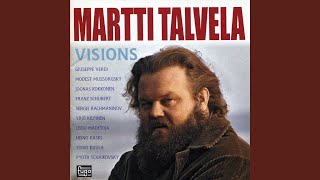 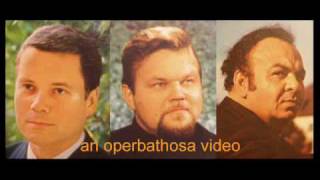