Close
Exodus
from San Francisco, CA
formed January 1, 1979 (age 43)
Biography
Bay Area thrash heroes who gained fame and influence for their highly aggressive musical and lyrical approach, Exodus emerged in the early 1980s alongside West Coast contemporaries Testament, Possessed, Death Angel, and Metallica -- the latter outfit's longtime six-stringer Kirk Hammett began his career in Exodus. Pioneers of the scene, the band found success with their influential 1985 debut Bonded by Blood, and their similarly acclaimed 1989 third effort Fabulous Disaster. Exodus' popularity waned as the grunge scene took over in the early '90s, forcing them to cease operations in 1995. They officially re-formed in 2001 with guitarist Gary Holt, the group's longest-tenured member, leading the charge, and went on to release a string of well-received LPs, with highlights arriving via 2005's Shovel Headed Kill Machine and 2014's Blood In, Blood Out, the latter of which proved to be the veteran band's highest-charting album to date. The archival live release Bonded by Thrash: Live in San Francisco 1990 followed in 2018. They returned to studio recording with 2021's Persona Non Grata.

Formed in 1981 by singer Paul Baloff, guitarists Gary Holt and Kirk Hammett, bassist Geoff Andrews, and drummer Tom Hunting, Exodus were heavily influenced by Motörhead and New Wave of British Heavy Metal bands like Iron Maiden and Raven, whose lessons they combined with the raw D.I.Y. aesthetic of the prolific Bay Area punk scene to create thrash metal. Their handful of demos recorded between 1982 and 1984 became wildly popular on the all-important underground tape-trading circuit of the time, and solidified the band's standing as the Bay Area's first thrash champions. But they would soon lose their numero uno standing as well as their guitarist Hammett to the aforementioned Metallica -- the band who then raced ahead of all competitors in their mission to bring thrash to the world. Wounded but undaunted, Exodus drafted guitarist Rick Hunolt and replaced bassist Andrews with Rob McKillop before signing with Torrid Records, for which they recorded their Bonded by Blood debut in 1984, and released it the following year via Combat Records.

Internal strife led to the ousting of vocalist Baloff, whose carefree, larger-than-life attitude made him an easy scapegoat for his more driven bandmates. His replacement was ex-Testament singer Steve Zetro Souza, who arrived in time for 1987's formidable Pleasures of the Flesh. Incessant touring served to strengthen the band's new lineup, and 1989's meticulously conceived Fabulous Disaster was a critical triumph, bringing the group to its commercial peak. The successful world tour that followed brought another dramatic setback, however, when drummer Hunting was diagnosed with an irregular heartbeat, which first sidelined and then forced him to quit the band at tour's end. Still, Exodus were on a roll, and their momentum led to a new contract with Capitol Records, which immediately rushed them back into the studio -- with former Anthrax drum tech John Tempesta manning the skins -- to lay down tracks for 1990's Impact Is Imminent. Longtime bassist McKillop left soon after (replaced by Mike Butler) and despite the renewed quality of 1992's Force of Habit (certainly their most diverse album thus far), the members of Exodus decided to go their separate ways when the grunge revolution sidelined heavy metal bands of most any stripe.

But then, ten years after his departure from the band, Paul Baloff rejoined most of the classic Bonded by Blood lineup for a series of gigs in 1997. A live album entitled Another Lesson in Violence was issued by Century Media to memorialize their homecoming show in San Francisco, and the band continued to perform sporadically over the next few years until tragedy struck: Baloff suddenly passed away on February 2, 2002 after suffering a massive stroke and slipping into a coma three days earlier. Guitarist Gary Holt -- long Exodus' de facto leader -- still wanted to carry on, however, so after reuniting most of the band's "semi-classic" Fabulous Disaster formation, also featuring Hunolt, Hunting and Souza, plus bassist Jack Gibson, work began on the band's sixth studio album, 2004's Nuclear Blast-released thrash-fest Tempo of the Damned. The record didn't bring Exodus fame and fortune, but it did meet with widespread critical acclaim and firmly reestablished the band's career with the help of its still peerlessly energetic live performances, now being witnessed worldwide by thousands of impressionable fans too young to have seen the original legends of thrash -- Exodus, Metallica, Slayer, etc. -- during their glory years.

In fact, not even a final falling-out with Souza and Hunolt could derail the Exodus juggernaut now, as they moshed back into the studio to record 2005's Shovel Headed Kill Machine with vocalist Rob Dukes, guitarist Lee Altus (once of competing Bay Area thrashers Heathen), and drummer Paul Bostaph (ex-Forbidden, Slayer, Testament, etc.). Two years later, they were back at it again, with a returning Tom Hunting behind the drum kit for another new studio album, The Atrocity Exhibition...Exhibit A. Let There Be Blood (a re-recording of 1985's seminal Bonded by Blood debut) arrived in 2008, followed by Exhibit B: The Human Condition (2010) and the acclaimed Blood In, Blood Out (2014). It featured Steve Zetro Souza on lead vocals, it was his first album with Exodus since returning to the lineup earlier that year.

The band's relentless touring schedule and Holt's commitment to play Slayer's farewell tour through 2019 kept the band out of the studio for the most part. They did manage to issue a pair of splits: Mr. Pickles Thrashtacular with Municipal Waste, and Gathered at the Altar of Blast with Corrosion of Conformity, Possessed, Immolation, Kataklysm and Municipal Waste. Later that year, the archival live set Bonded by Thrash: Live in San Francisco 1990 appeared from Massacre Records.

In 2021, Exodus released Persona Non Grata, their first studio album in seven years. Produced by the band, it included a dozen songs -- 11 penned by Holt, one by guitarist Lee Altus -- and guest appearances by Heathen guitarists Kragen Lum and Rick Hunolt (who played with Exodus early on). ~ Eduardo Rivadavia, Rovi 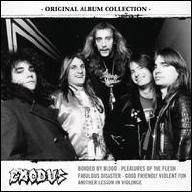 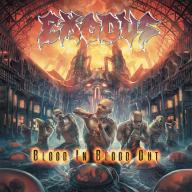 Blood In Blood Out 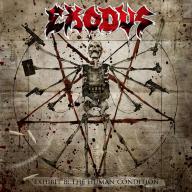 Exhibit B: The Human Condition
2017 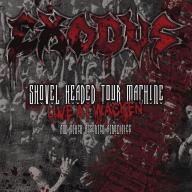 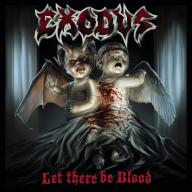 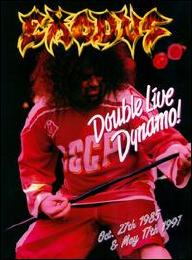 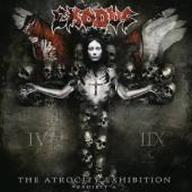 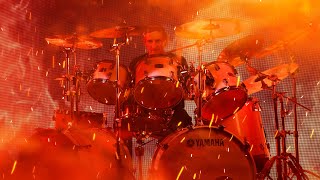 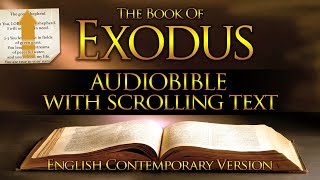 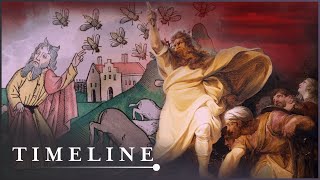 Exodus: The Founding Myth Of The Israelites | The Exodus Decoded | Timeline 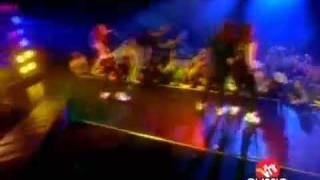 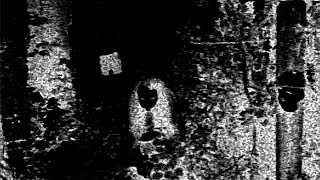