Close
J.B. Hutto
from Blackville, SC
April 26, 1926 - June 12, 1983 (age 57)
Biography
J.B. Hutto -- along with Hound Dog Taylor -- was one of the last great slide guitar disciples of Elmore James to make it into the modern age. Hutto's huge voice, largely incomprehensible diction, and slash-and-burn playing was Chicago blues with a fierce, raw edge all its own. He entered the world of music back home in Augusta, GA, singing in the family-oriented group the Golden Crowns Gospel Singers. He came north to Chicago in the mid-'40s, teaching himself guitar and eventually landing his first paying job as a member of Johnny Ferguson His Twisters. His recording career started in 1954 with two sessions for the Chance label supported by his original combo the Hawks (featuring George Mayweather on harmonica, Porkchop Hines on washboard traps, and Joe Custom on rhythm guitar), resulting in six of the nine songs recorded being issued as singles to scant acclaim. After breaking up the original band, Hutto worked outside of music for a good decade, part of it spent sweeping out a funeral parlor! He resurfaced around 1964 with a stripped-down version of the Hawks with two guitars and drums but no bass, working regularly at Turner's Blue Lounge and recording blistering new sides for the first time in as many years.

From there, he never looked back and once again became a full-time bluesman. For the next 12 years Hutto gigged and recorded with various groups of musicians -- always billed as the Hawks -- working with electric bass players for the first time and recording for small labels, both in the U.S. and overseas. After fellow slide man Hound Dog Taylor's death in 1976, J.B. "inherited" his backup band, the Houserockers. Although never formally recorded in a studio, this short-lived collaboration of Hutto with guitarist Brewer Phillips and drummer Ted Harvey produced live shows that would musically careen in a single performance from smolderingly intense to utter chaos. Within a year, Hutto would be lured to Boston, where he put together a mixed group of "New Hawks," recording and touring America and Europe right up until his death in the mid-'80s. Hutto was an incredibly dynamic live performer, dressed in hot pink suits with headgear ranging from a shriner's fez to high-plains drifters' hats, snaking through the crowd and dancing on tabletops with his 50-foot guitar cord stretched to the max. And this good-time approach to the music held sway on his recordings as well, giving a loose, barroom feel to almost all of them, regardless of who was backing him. ~ Cub Koda, Rovi 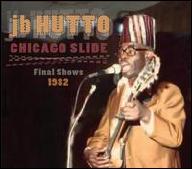 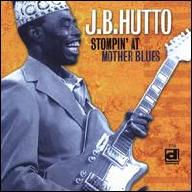 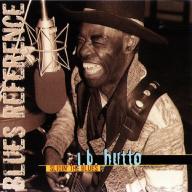 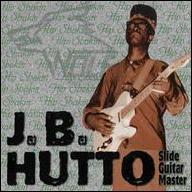 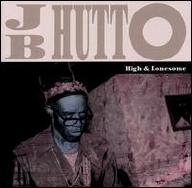 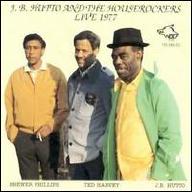 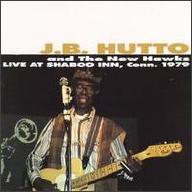 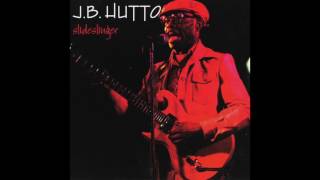 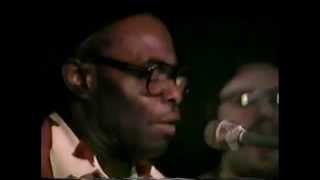 J. B. Hutto The Blues Got Soul 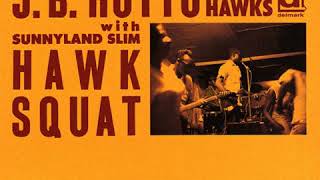 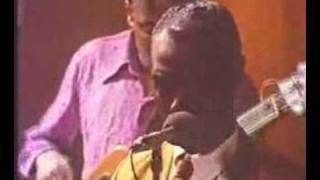 J.B. Hutto - Thank You For Your Kindness 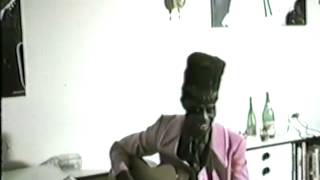 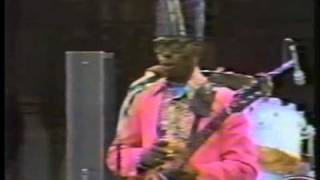 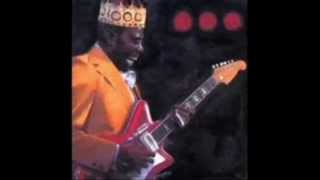