Close
Art Gillham
from St. Louis, MO
January 1, 1895 - June 6, 1961 (age 66)
Biography
Known as the "whispering pianist," Art Gillham began cutting records in the early '20s and kept working steadily until the mid-'50s. The resulting accumulation of accomplishments, published recordings, and sheet music is a mountainous stack indeed; whispering might be in order just to keep the whole thing from burying the listener alive. Gillham seems to have invented the idea of "mass exposure" long before performers thought such a thing was necessary, appearing on some 300 different radio stations in the days when there was no such thing as a national network broadcast, including a revolutionary 1924 election night transmission involving some 18 stations. Gillham appears on some of the first commercially released recordings which utilized a new electric system, and also took part in one of the first demonstrations of television in 1939. He was one of the very first singers to be awarded the designation of a "crooner"

Although born in St. Louis, Gillham's family was actually from Atlanta -- his birth took place while the family was on vacation. His father was a former Texas Ranger, while his mother played piano and provided most of the musical influence in the family. She started her son on piano at the age of five, and by 1900, the family had relocated to St. Louis permanently. This city's tradition of ragtime music certainly influenced him. In 1914, he had left school and begun playing in dance bands on the west coast, including his own Art Gillham His Society Syncopators. The next year, he returned to the midwest and published his first original song, Hesitation Blues, although his credit for this piece was usurped by light-fingered Louies at Mills Music for more than a decade. Gillham's tune and a similar number published around the same time by W.C. Handy were both based on the same traditional sources.

Gillham joined the Army in the first World War and became a marksman. Following the war he went to work as a so-called song plugger and sales manager in the employment of Ted Browne, a Chicago music publisher. The job required traveling around the country and performing at dime stores, music stores, and other venues, demonstrating the latest songs available from Browne's firm. Often he would accompany singers, one of whom became Gillham's wife. He also began making piano rolls and appearing on radio as early as 1922. When he was dared to sing during a broadcast on Chicago's WBBM, the modest response was so quiet that the "whispering pianist" monicker resulted.

Gillham began using the song Whispering as a theme in both live shows and radio broadcasts, but never recorded it. He recorded hundreds of other pieces, however, beginning with a Gennett session in 1924 out of which nothing was actually released and continuing through a decade-long relationship with Columbia. There were also, predictably enough for this era, recordings for other labels such as Pathe under pseudonyms such as Fred Thomas. He also made blues records under the name of Barrelhouse Pete. Gillham's original song You May Be Lonesome was cut using a new Western Electric electrical recording system, which soon became the industry standard.

Gillham created a funny public image for himself as a performer that was a contrast to all aspects of reality, including his technical innovations. He wanted to be known as an overweight, balding, idiotic country boy from Georgia who had next to no luck with the ladies. In reality he was tall, slim, handsome, intelligent, and happily married. 1927 is often considered a peak in his career, his schedule of public appearances packed and every move he made accompanied by massive publicity. The attendance record for his shows at Atlanta's Grand Theater was only broken by the release of the film #Gone with the Wind.

While much of his recording career was solo or with simple violin accompaniment, he did work with a group entitled the Southland Syncopators. This gaggle of Columbia regular session men, known as "house musicians," included great players such as trumpeter Red Nichols, multi-instrumentalist Andy Sannella, drummer Miff Mole, saxophonist Jimmy Dorsey, and clarinetist Benny Goodman. The pianist continued touring the theater circuit through the late '20s, often employing the gimmick of having a phone on-stage in order to call a fictitious sweetheart who, needless to say, had just jilted him. Perhaps the phone time would have been put to better use in consultations with his stockbroker, as he lost almost his entire fortune in the stock market crash of 1929. His finances were further hurt by bank closings and other Depression developments, including a wounded recorded industry, but he carried on with several different CBS series including #Syncopated Pessimism. This program usually concluded with Gillham asking the audience "Have you got a cup of coffee in your pocket?"

He tried several different locations throughout the '30s, including Texas where he became an honorary Texas Ranger in tribute to his father. In 1937, Gillham returned to Atlanta, broadcasting as well as becoming a sales manager for a local business school. While the latter type of activity consumed much of his time in the '40s and '50s, he continued making recordings at home, once again staying abreast of technological developments by experimenting with the first reel-to-reel tape recorders. He also continued to broadcast on regional radio and television outlets. A heart attack in 1955 severely hampered his playing abilities, and he suffered a second attack several years later. A third heart attack finished him off when he was getting out of bed one summer morning in 1961. ~ Eugene Chadbourne, Rovi 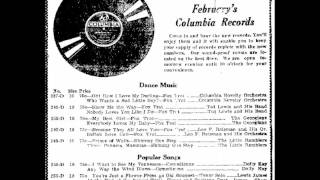 Art Gillham - The Lamp Of Aladin 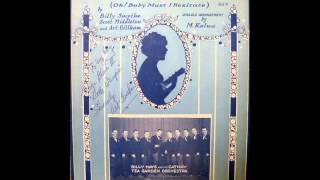 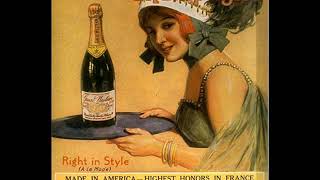 Art Gillham & His Southland Syncopators - I'd Walk A Million Miles, 1927 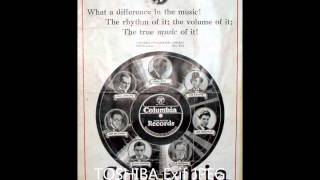 Art Gillham - I'm Sitting On Top Of The World 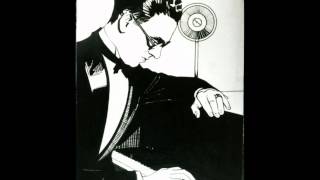 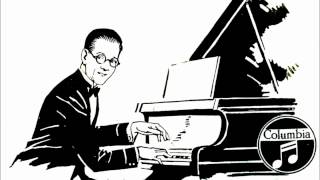 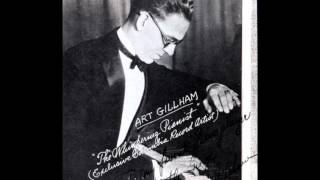 Art Gillham - I Had Someone Else
Available here: