Close
Floyd Campbell
September 17, 1901 (age 120)
Biography
Claiming to have recorded the first blues might not be as big a boast as saying one invented the wheel, but it could be considered in the same department. Once the claim by Chicago jazz musician Floyd Campbell is actually explained in more detail -- he claims to have recorded the first blues by a male singer, not the first blues of all time -- it could perhaps be even considered credible. The recording in question was a session for Okeh in 1929, at which he recorded several tracks including Marcus St. Blues and The Cold Hand Blues. Campbell, who taped several long interviews for the Chicago Jazz Institute, says that classic female blues singers of the era such as Clara Smith and Bessie Smith, also confirmed that he had been the first man to record a blues song.

Campbell was a drummer and vocalist who achieved success on a local level as a jazz bandleader in the Chicago area up until the second World War. He began singing in school, but it was liquor, literally, that got him into the music business for good. His father owned a combination barbershop and pool hall in Helena, AR. Across the street was a sort of casual bar which employed a pianist and drummer to provide music. It didn't take long for the musicians to get wind of the fact that the young man across the street liked to sing, and so it became habitual to invite him over from time to time to knock out a few tunes with them. The drummer was a fellow they called "Slick," and the chances of any further discographical research on this particular character are slim to zip (and slim just left town). Slick got too drunk to play himself one night, so the pianist asked Campbell to come over and sit in, just try to keep time, no tiny request for a novice drummer. "This happened a number of times," Campbell told the Jazz Institute, allowing him an opportunity to learn the drums while out in the field, as would be said in the army. He finally must have sounded good to the owner of the club, who offered him his own drum set and five dollars a night to play regularly. From then on, he was a professional, making the same salary Loft Jazz performers were lucky to pull down in New York City 50 years later, although none of them got a drum set for their efforts.

In the late '20s he relocated to St. Louis at the invitation of pianist Cranston Hamilton. Once again he found employment to the magic tune of five dollars a night, this time in a hotel band. Apparently at the time he performed some kind of novelty act that he described as a "humanity whistle," also claiming that it was different than the "palm whistle" gimmick other players were performing at the time. This was obviously some way of creating whistling sounds utilizing a part of the human anatomy, but since no further description has been given, readers are free to indulge in their own imagination. Whatever it was, it so impressed the hotshot local bandleader Charlie Creath that he hired Campbell away from his hotel gig. He both gigged and recorded with the Creath outfit, leading to the previously mentioned blues recordings of which he was so proud. He went to work with drummer Zutty Singleton and singer Faith Marable. He began leading his own band out of St. Louis in 1927, playing on the radio as well as regularly on riverboats. He collaborated with the great Louis Armstrong during this period.

If it wasn't for financial squabbles, this relationship might have been much more extended, as one of the riverboats that contracted Campbell were hot to have Satchmo in the band. The initial offer was 74 dollars per week for Satchmo, which shows a marked increase over five dollars a night, although it was still not to the liking of Armstrong, whose latest recordings such as Heebie Jeebies were beginning to cause a commotion. Campbell offered Satchmo 100 dollars a week, top pay for a sideman back then, but it was still no go. The riverboat turned around and fired Campbell for not proposing to trim all the other players' salaries considerably, then throw the added money saved this way into the Satchmo pot until the outcome would be a total too high for the trumpeter to refuse. Campbell, however, felt this was immoral and that the 54 dollars a week the normal sidemen in the band were getting was low enough. He went on to become involved in many battles with clubowners and other bookers as well various branches of the musicians' union during his tenure in the tough music business town of Chicago. He took over the Roberts-Campbell band initially, then began leading his Floyd Campbell Band for nearly a decade. His band included reed players Herman Barker, Oett Mallard, and Al Washington, trombonist Al Wynn, trumpeters Louis Ogletree and Louie Alahard, pianists Ruth Crowder and Billy Brown Marino, and drummers Oliver Coleman and Ellis Bartee. With the drastic changes in the music scene after the second World War, Campbell decided to toss the baton in the fireplace. He went to work for the post office, where he was honored after 25 years of service. ~ Eugene Chadbourne, Rovi 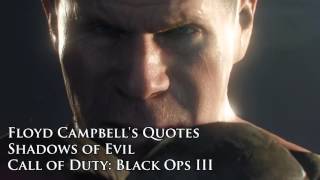 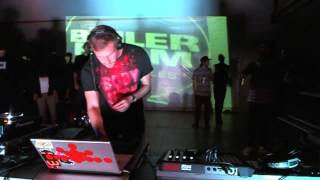 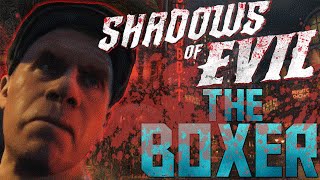 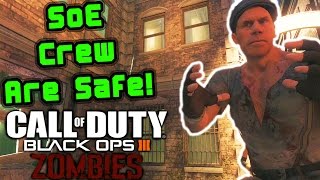 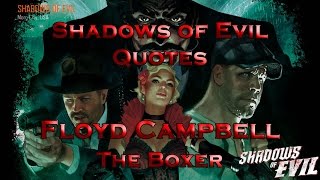 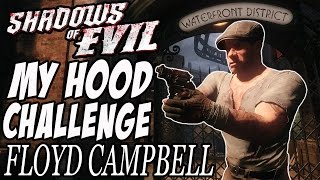