Close
Arthur Schwartz
from Brooklyn, NY
November 25, 1900 - September 3, 1984 (age 83)
Biography
A songwriter for Broadway and Hollywood from the '20s to the '60s, Arthur Schwartz wrote most of his popular tunes with lyricist Howard Dietz. Though few of the shows and movies his songs were written for became famous, many of his compositions -- Dancing in the Dark, You and the Night and the Music, I Guess I'll Have to Change My Plan, and That's Entertainment -- became standards. Schwartz taught himself harmonica and piano as a child and began playing for silent films at the age of 14. His father, an attorney, forced him to study law, but he first attended NYU (earning a B.A. in English) and then Columbia (earning an M.A. in English) before enrolling at NYU Law School, graduating, and being admitted to the bar in 1924. He worked on songwriting concurrently with his studies and had already published his first song (Baltimore, Md., You're the Only Doctor for Me, lyrics by Eli Dawson) by 1923. Encouraged by acquaintances like Lorenz Hart and George Gershwin, he stuck with composing and tried to convince Dietz, an MGM publicist who had collaborated with Jerome Kern, to work with him, but Dietz initially declined. Schwartz placed his first songs in a Broadway show, +The New Yorkers (March 10, 1927). By 1928, he had closed his law office and convinced Dietz to write with him. Their first songs together were used in the Broadway revue +The Little Show (April 30, 1929) and included I Guess I'll Have to Change My Plan, which belatedly became a hit three years later when it was recorded by Rudy Vallée. Schwartz's career was launched, and in 1930 he contributed songs to six shows, three in London and three in New York, the most successful of which was +Three's a Crowd (October 15, 1930), which featured the same cast as +The Little Show and featured the hit Something to Remember You By. Schwartz also started contributing songs to motion pictures, beginning with I'm Afraid of You (lyrics by Ralph Rainger and Edward Eliscu) in #Queen High (1930).

Schwartz and Dietz's best Broadway revue was +The Band Wagon (June 3, 1931), which marked the final appearance of Fred Astaire with his sister and dancing partner Adele Astaire before her marriage and retirement, and spawned Dancing in the Dark, the most successful song Schwartz and Dietz ever wrote. #Flying Colors (September 15, 1932) was another successful revue; among its popular songs was Louisiana Hayride, recorded for a hit by bandleader Leo Reisman with the composer himself on vocals. The Depression reduced opportunities on Broadway, but Schwartz, with and without Dietz, also wrote music for radio, film, and Tin Pan Alley in the early and mid-'30s. The songwriting team returned to Broadway with their first book musical, +Revenge With Music (November 28, 1934), which featured the hit You and the Night and the Music, and followed with another successful revue, +At Home Abroad (September 19, 1935), after which Schwartz began to collaborate more frequently with other lyricists. He continued to work primarily in the theater with diminishing success until 1940, when he moved to Hollywood. His most successful movie work of the early '40s came with #Thank Your Lucky Stars (1943), for which he and Frank Loesser wrote 12 songs, among them the Oscar-nominated hit They're Either Too Young or Too Old. Schwartz earned a second Academy Award nomination for the hit A Gal in Calico (lyrics by Leo Robin) from #The Time, the Place, and the Girl (1946). He also moved into movie producing with #Cover Girl (1944) and the Cole Porter biopic #Night and Day (1946).

In 1946, Schwartz returned to New York and began again writing for Broadway, starting with the unsuccessful book musical #Park Avenue (November 4, 1946), on which he collaborated with Ira Gershwin. Returning to familiar ground, he reunited with Dietz on a revue, +Inside U.S.A. (April 30, 1948), which was a hit. #A Tree Grows in Brooklyn (April 19, 1951), a book musical for which he wrote songs with Dorothy Fields, did not turn a profit, but its cast album, featuring such songs as He Had Refinement and Make the Man Love Me, reached the Top Ten. In 1953, MGM took the title of an old Schwartz/Dietz revue, +The Band Wagon, its star, Fred Astaire, and a sheaf of the duo's old songs, and created a new movie for which the songwriters wrote one new number, the show-business standard That's Entertainment. The result was considered one of the best movie musicals of the decade.

Though he continued to write for theater, film, and television, Schwartz found less work after the mid-'50s, with Dietz's retirement from MGM. The partnership was resumed full-time in the early '60s, however, resulting in the Broadway musicals +The Gay Life (November 18, 1961) and +Jennie (October 17, 1963), neither of which was successful. These were Schwartz's final productions, though he continued to work until his death from a stroke at 83. His son, Jonathan Schwartz, became a popular radio personality. ~ John Bush & William Ruhlmann, Rovi 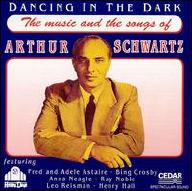 Dancing in the Dark: The Music and Songs of Arthur Schwartz
1992
Videos
Close 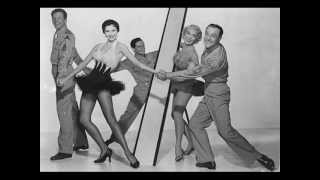 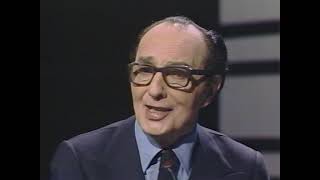 The Songwriters: An Evening with Arthur Schwartz 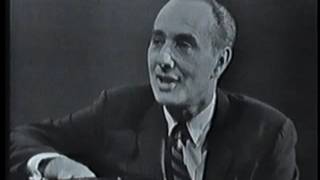 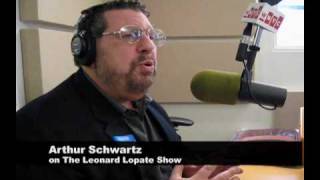 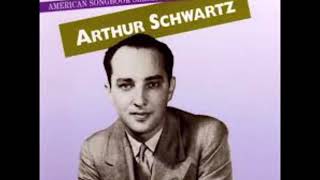 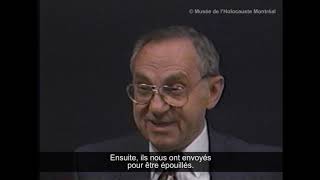 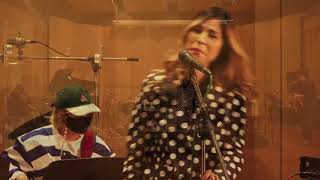