Close
Debbie Reynolds
from El Paso, TX
April 1, 1932 - December 28, 2016 (age 84)
Biography
At the peak of her career, actress Debbie Reynolds was America's sweetheart, the archetypal girl next door; best remembered for her work in Hollywood musicals, she appeared in the genre's defining moment, Singin' in the Rain, as well as many other notable successes. Born Mary Frances Reynolds on April 1, 1932 in El Paso, Texas, she entered the film industry by winning the Miss Burbank beauty contest in 1948, resulting in a contract with Warner Bros. However, the studio cast her in small roles in only two films -- 1948's The June Bride and 1950's The Daughter of Rosie O'Grady -- and she soon exited for the greener pastures of MGM, where she first appeared in Three Little Words. A more significant turn in 1950's Two Weeks with Love garnered Reynolds strong notices, and soon she was touted as the new Judy Garland, with a role in 1951's Mr. Imperium also on the horizon.

Still, star Gene Kelly initially opposed her casting in his 1952 musical Singin' in the Rain; Reynolds acquitted herself more than admirably alongside the likes of Donald O'Connor and Jean Hagen, however, and the film remains one of the greatest Hollywood musicals ever produced. A series of less distinguished musicals followed, among them 1953's I Love Melvin, The Affairs of Dobie Gillis, and Give a Girl a Break; on loan to RKO, she scored a major success in 1954's Susan Slept Here, and upon returning to MGM was awarded with a new and improved seven-year contract. However, the studio continued to insert Reynolds into lackluster projects like the health-fad satire Athena and the musical Hit the Deck; finally, in 1955 she appeared opposite Frank Sinatra in the hit The Tender Trap, followed by a well-regarded turn as a blushing bride in The Catered Affair a year later.

Additionally, Reynolds teamed with real-life husband Eddie Fisher in the musical Bundle of Joy; the couple's children also went on to showbiz success -- daughter Carrie became a popular actress, novelist, and screenwriter, while son Todd became a director. In 1957 Reynolds starred in Tammy and the Bachelor, the first in a series of popular teen films that also included 1961's Tammy Tell Me True, 1963's Tammy and the Doctor, and 1967's Tammy and the Millionaire; her other well-received films of the period included 1959's It Started with a Kiss, 1961's The Pleasure of His Company, and 1964's The Unsinkable Molly Brown, for which she earned an Academy Award nomination. In 1959, Reynolds' marriage to Eddie Fisher ended in divorce when he left her for Elizabeth Taylor; the effect was an outpouring of public sympathy that only further increased her growing popularity, and it was rumored that by the early '60s she was earning millions per picture.

By the middle of the decade, however, Reynolds' star was waning. While described by the actress herself as her favorite film, 1966's The Singing Nun was not the hit MGM anticipated; its failure finally convinced the studio to offer her characters closer to her own age, but neither 1967's Divorce American Style nor the next year's How Sweet It Is performed well, and Reynolds disappeared from the screen to mount her own television series, the short-lived Debbie Reynolds Show. In 1971, she appeared against type in the campy horror picture What's the Matter with Helen?, but when it too failed she essentially retired from movie-making, accepting voice-over work as the title character in the animated children's film Charlotte's Web but otherwise remaining away from Hollywood for over a decade.

Reynolds then hit the nightclub circuit, additionally appearing on Broadway in 1973's Irene. In 1977, she also starred in a Los Angeles Civic Light Opera production of Annie Get Your Gun. By the 1980s, Reynolds had become a fixture in Las Vegas, where she ultimately opened her own hotel and casino, regularly performing live in the venue's nightclub and even opening her own museum of Hollywood memorabilia. In 1987, she reappeared in front of the camera for the first time in years in the TV movie Sadie and Son, followed in 1989 by Perry Mason: The Case of the Musical Murder. In 1992 Reynolds appeared briefly as herself in the hit film The Bodyguard, and a small role in Oliver Stone's 1993 Vietnam tale Heaven and Earth marked her second tentative step toward returning to Hollywood on a regular basis; finally, in 1996 she accepted the title role in the acclaimed Albert Brooks comedy Mother, delivering what many critics declared the best performance of her career.

The comedies Wedding Bell Blues and In and Out followed, and Reynolds remained active into the new millennium, appearing in her own West End show Debbie Reynolds: Alive and Fabulous in 2010 and in the HBO Liberace biopic Behind the Candelabra in 2013. She passed away on December 28, 2016, one day after the death of daughter Carrie Fisher, who had suffered a heart attack on a flight from London to Los Angeles. Debbie Reynolds was 84 years old. ~ Jason Ankeny, Rovi 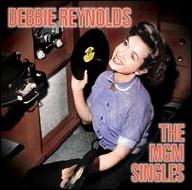 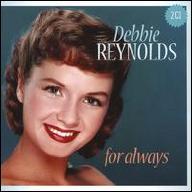 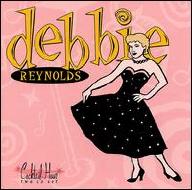 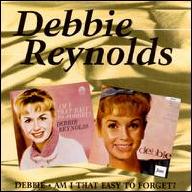 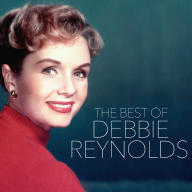 The Best Of Debbie Reynolds
1991 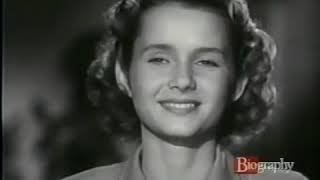 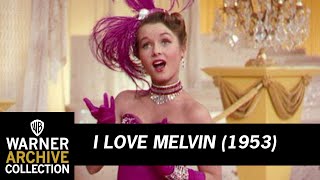 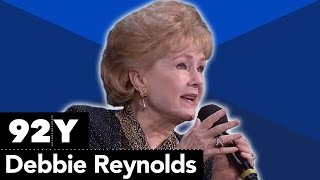 An Evening with Debbie Reynolds 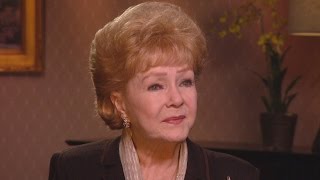 Debbie Reynolds Discusses Death In Her Last Interview With Inside Edition 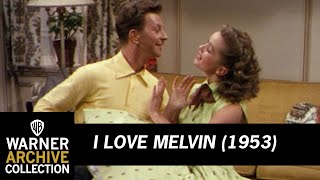 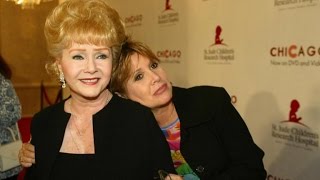 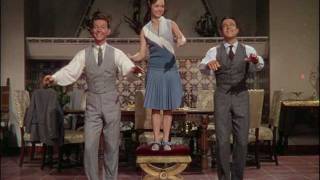