Close
Tower of Power
from Oakland, CA
formed January 1, 1968 (age 54)
Biography
A renowned horn-driven outfit, Tower of Power emerged in the late '60s playing a dynamic blend of R&B, soul, funk, and AM pop. Along with the similarly inclined Chicago and Blood, Sweat Tears, Tower of Power helped push the sound of brass-infused music into the rock era. Led by Detroit-born tenor saxophonist Emilio Castillo, the Oakland, California-based group scored hits like "You're Still a Young Man" and "What Is Hip?" throughout the '70s. They also became one of the most sought-after backing ensembles in pop, playing on recordings by Elton John, Santana, Bonnie Raitt, Aerosmith, Josh Groban, and more. While their lineup has changed over the years, Castillo remains a constant and continues to guide the ensemble live and in the studio.

Although born in Detroit, Castillo opted to pursue his musical dreams in Oakland, California. It was in Oakland that Castillo put together a group called the Motowns, which, as their name suggested, specialized in '60s-era soul. In 1967, Castillo teamed up with baritone sax player Stephen Doc Kupka, and soon the Motowns were transformed into Tower of Power. (One of the first tunes the duo penned together was "You're Still a Young Man," which would eventually go on to be one of Tower of Power's signature compositions.) The group played regularly in the Bay Area throughout the late '60s, as their lineup often swelled up to ten members, including such other mainstays as Greg Adams on trumpet and vocals, Lenny Pickett on sax, and Rocco Prestia on bass. By 1970, the funk outfit had inked a recording contract with Bill Graham's San Francisco Records, resulting in the group's debut the same year, East Bay Grease, which failed to make an impression on the charts as Tower of Power were still trying to find their own sound.

But it soon came together for the group, as 1972's Bump City would touch off a string of classic hit albums, including 1973's self-titled release (which introduced vocalist Lenny Williams and included another of the group's most enduring tunes, "What Is Hip?"), 1974's Back to Oakland, and 1975's Urban Renewal and In the Slot. While Tower of Power remained a must-see live act, as disco became the new trend in R&B the group's original funk-laden style fell out of favor, and disco-oriented albums like 1978's We Came to Play and 1979's Back on the Streets didn't please critics or fans, and the band would go nine years without releasing an album.

Despite it all, Tower of Power -- in particular their horn section -- remained a much in-demand backing group for some of pop/rock's biggest names, including Elton John, Santana, Bonnie Raitt, Huey Lewis, Little Feat, David Sanborn, Michelle Shocked, Paula Abdul, Aaron Neville, Aerosmith, Public Image Ltd., and many others. In 1988, Tower of Power returned to the studio for the album Power, and in 1991 they signed with Epic Records, where they released five albums by the end of the decade.

Into the new millennium, Tower of Power kept up their reputation as a strong live band, maintaining a steady touring schedule, and in 2009 they launched their own TOP Records label with The Great American Soulbook, in which they covered a dozen soul and R&B classics in the trademark Tower of Power style. In 2007, Tower of Power celebrated their fourth decade together with a special concert at San Francisco's Fillmore Auditorium, and a year later the show was issued in a special CD/DVD package, simply titled 40th Anniversary.

In 2013, Tower of Power took a look back with the release of Hipper Than Hip: Yesterday, Today Tomorrow, which documented a live radio broadcast from 1974. The bandmembers also announced they would be touring in 2013 and 2014 with two other iconic acts from Northern California, Journey and the Steve Miller Band. In 2018, they celebrated their 50th anniversary with the Joe Vannelli-produced studio album Soul Side of Town on Mack Avenue Records. Recorded with Vannelli during the same sessions as Soul Side of Town, Step Up, the group's 26th full-length effort, arrived two years later, and soared to the top of the Billboard Jazz and R&B charts. The following year saw the release of the concert album 50 Years of Funk and Soul: Live at the Fox Theater, which commemorated two nights of hometown shows in Oakland in June 2018. ~ Greg Prato & Steve Leggett, Rovi 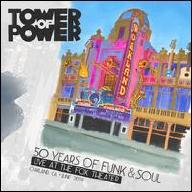 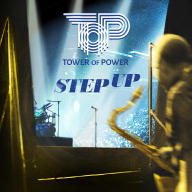 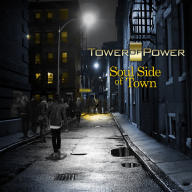 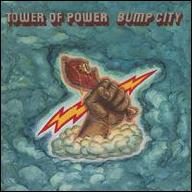 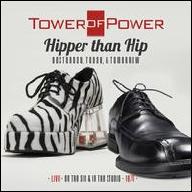 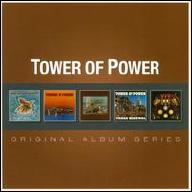 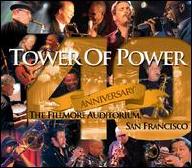 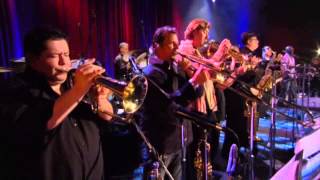 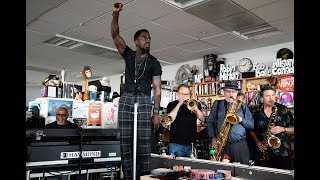 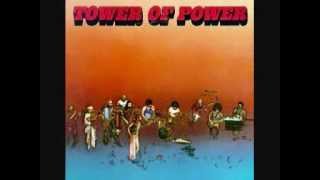 Tower Of Power - So Very Hard To Go 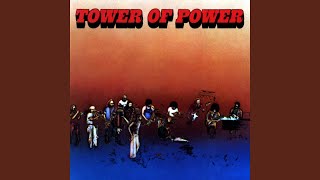 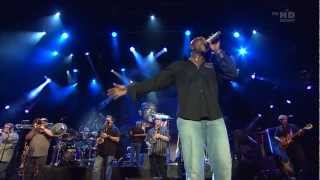 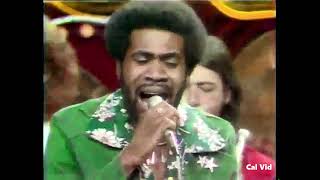 Tower of Power So Very Hard To Go, Will I Ever Find a Love ft. Lenny Williams
Available here: