Close
Starrah
from Rehoboth Beach, DE
June 14, 1990 (age 32)
Biography
Brittany Hazzard has co-written hits for high-profile artists and records material in a similarly melodic, low-profile contemporary R&B style as Starrah. After featuring on tracks by the likes of the Weeknd, Travis Scott, and Charli XCX, her first EP was the 2017 collaboration Starrah x Diplo.

The career of the Delaware native achieved liftoff in 2015, when Kid Ink and DeJ Loaf recorded "Be Real," a song she co-wrote, and took it to number 12 on Billboard's Hot R&B/Hip-Hop chart. The momentum was sustained with an impressive string of hits that reached the Top 20 of the Hot R&B/Hip-Hop and/or Hot 100 charts, including Kevin Gates' "2 Phones," Rihanna's "Needed Me," Dreezy's "Body," Travis Scott's "Pick Up the Phone," Drake's "Fake Love," Nicki Minaj's "No Frauds," Halsey's "Now or Never," and Calvin Harris' "Feels." Just prior to ascent, Hazzard debuted as Starrah with the Noah 40 Shebib-produced "Low." Collaborations with artists including G-Eazy, Cashmere Cat, Big Sean, and Charli XCX, and additional solo singles such as the Diplo-produced "Imperfections" from the 2017 EP Starrah x Diplo, arrived during the flood of chart placements. She was a key songwriting contributor to Minaj's 2018 album Queen as well as the next year's Madame X by Madonna. Her own releases "How It Goes" and "Keep Calm" appeared in 2020, the same year she wrote material released by, among others, Megan Thee Stallion, Katy Perry, and James Blake. ~ Andy Kellman & Marcy Donelson, Rovi 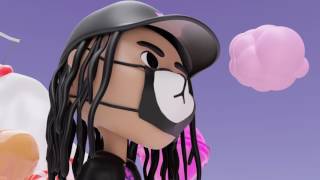 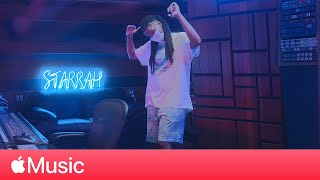 Starrah: Songwriting and Advice For Aspiring Women In The Music Industry | Apple Music 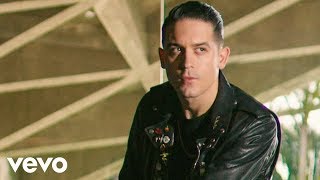 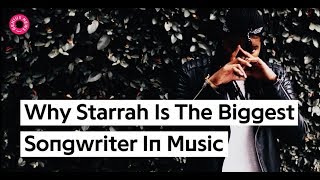 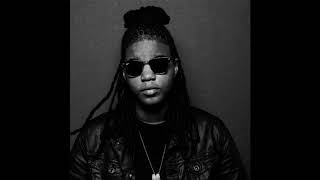 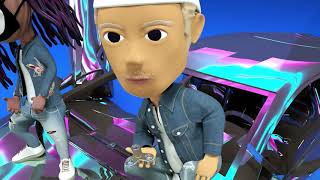 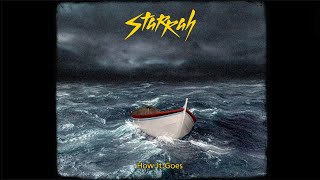 Starrah - How It Goes
Available here: