Close
Hermann Abendroth
from Frankfurt, Germany
January 19, 1883 - May 29, 1956 (age 73)
Biography
Some four decades after his death from a stroke, Hermann Abendroth is at last being rediscovered -- some would say "discovered" for the first time -- by the record-buying public. Abendroth was one of those conductors whose career was blighted by his decision to remain in Germany during the Hitler regime, and by European politics after the war. He had the misfortune to be based in East Germany, and never had the opportunity to become as well-known, either by concertizing or recording for major labels, as his contemporaries Wilhelm Furtwangler and Clemens Krauss, and his name and reputation never became well-known outside of professional music circles.

The son of librarian Moritz Abendroth, Hermann Paul Maximilian Abendroth was born in Frankfurt on January 19, 1883. The family already had writers, scholars, and painters, as well as a few musicians in its ranks, and the young Abendroth seemed most stimulated by his experiences in the concert hall and the theater. It was his intention on visiting Munich to take a year-long course leading to his certification as a librarian, but he ended up training as a musician, studying theory and composition with Ludwig Thuille and conducting with Felix Mottl. He began making a name for himself while still an undergraduate, as conductor of the Orchestral Society of Munich during 1903-4. He later served in Lubeck as kapellmeister of the State Opera, and was chosen as its conductor, a post he held from 1907 until 1911. In 1909, Abendroth made his first appearance as guest conductor of the Berlin Philharmonic Orchestra, with which he gave more than 80 concerts over the next 35 years. He served as music director at Essen from 1911 through 1914. He succeeded Fritz Stenbach as director of the Cologne Conservatory in 1914, and was later promoted to general music director. Abendroth spent the longest and most satisfying portion of his career in Cologne, as the dominant figure in the city's musical activities for 20 years.

Abendroth's recording career began in the '20s, and for 11 years, from 1926 until 1937 he was a frequent guest conductor of the London Symphony Orchestra. Among his notable pre-World War II recordings are performances from 1933 of Vivaldi's Concerto Grosso Op. 3 No. 8 and Handel's Concerto Grosso Op. 6 No. 5 with the Cologne Chamber Orchestra -- both extremely unusual pieces to have been recorded at that time -- and the Brahms Symphony No. 4 with the London Symphony Orchestra from 1927.

Following Hitler's rise to power, Abendroth was appointed as successor to Bruno Walter as conductor of the Leipzig Gewandhaus Orchestra, when Walter was forced to leave Germany by the Nazis, and he held this post until 1945. He also conducted at the Bayreuth Festival during 1943 and 1944. Abendroth joined the Nazi Party after leaving Cologne, but never held any major position within the party or the government.

Abendroth resumed his career, like most "de-Nazified" musicians in Germany, in 1947 as conductor of the Weimar Symphony Orchestra, and he was a frequent guest conductor of various German orchestras. A gifted interpreter of the mainstream German classical and Romantic repertory, he was also noted for his ability to coax extremely high performance standards out of middle level orchestras. This ability made him ideal as a conductor in Eastern Europe, where he was in high demand after he became the first German conductor to be invited as a guest conductor to the Soviet Union following the end of World War II.

Abendroth's decision to conduct in the Soviet Union, and his acceptance of appointments in East Germany, led to charges of Communist sympathies which resulted in his being banned from conducting in Dusseldorf and other West German cities, and restricted his activities outside of the Soviet bloc. His work within East Germany also limited the distribution of his records. Unlike Furtwangler, Krauss, and Knappertsbusch, who had access to such major labels as EMI, Decca/London, and Philips, Abendroth was restricted to the East German-based Eterna label, most of whose recordings were issued in America on such low-budget labels as Urania. He did, however, get to record virtually his entire repertory, and conducted many of the top orchestras in East Germany, including the Leipzig Gewandhaus Orchestra and the Leipzig Radio Symphony.

Hermann Abendroth was one of the first major German conductors to work regularly in the the recording studio, and his legacy dates from the mid-'20s until the year of his death, 1956. He was only beginning to be rediscovered in the mid-'90s, thanks to the compact disc releases of his late-'40s and early-'50s performances (many from radio broadcasts) of the symphonies of Beethoven, Brahms, Schumann, and Bruckner. Some of his studio recordings for Eterna have reappeared on the Berlin Classics label, while the Tahra label has released several of his pre-World War II recordings and many of his wartime recordings and live broadcast performances, which have proved to be among the most interesting body of his work. Additionally, the Italian pirate label Arlecchino has issued upwards of 20 compact discs of Abendroth's recordings from the Eterna library that Berlin Classics has not yet seen fit to issue -- these include such exotic fare as the Humperdinck Moorish Rhapsody, as well as celebrated studio recordings of such mainstream repertory as Beethoven's symphonies.

Abendroth was respected among music professionals for his faithful approach to the written score, and the warmth of expression in his performances. His performances of Beethoven's music, in particular, are notable for their exceptional spirituality and intensity -- his performance of the Symphony No. 5 with the Berlin Philharmonic during World War II is one of the most heartfelt ever recorded, almost more akin to a religious experience than a performance, while his live performance of the Symphony No. 9 from Prague in 1949 is among the most fervent and ferocious ever released. ~ Bruce Eder, Rovi 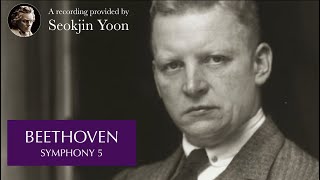 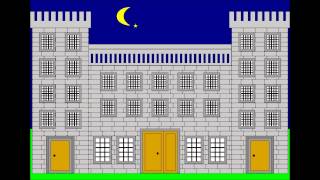 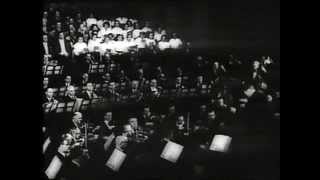 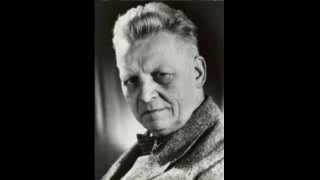 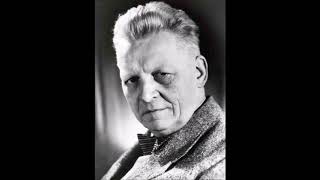