Close
Alan Merrill
from The Bronx, New York, NY
February 19, 1951 - March 29, 2020 (age 69)
Biography
Very few people had a career in music quite like Alan Merrill. He was a major star in Japan, had a TV show in England, wrote an enduring rock & roll standard, led several bands, was an in-demand sideman to the stars, and managed to fit in a solo career amidst it all. A singer, guitarist, bassist, and tunesmith, Merrill was known to fans in Japan for his work with the pop band the Lead and the glam rockers Vodka Collins, while in England his glam-influenced pop act the Arrows scored several hit singles and recorded "I Love Rock 'n' Roll" years before Joan Jett would make it a smash in the United States. And in the 2000s he pursued a late-in-life solo career, releasing a steady stream of albums featuring both new and archival material. A proper overview of Merrill's career would probably require a box set, but 2002's Cupid Deranged -- in which he re-recorded a comprehensive selection of his songs -- is a fine starting point, and his self-titled 1985 solo album is a star-sprinkled, overlooked gem.

Alan Merrill was born Allan Preston Sachs in the Bronx, New York, on February 19, 1951. His mother, Helen Merrill, was a successful and respected jazz vocalist, while his father, Aaron Sachs, was a reed player whose resume included work with Benny Goodman, Stan Getz, and Earl Fatha Hines. (He was also distantly related to the great songwriter Laura Nyro.) Allan attended boarding school in Switzerland from the ages of 9 to 13, and after returning to the United States, he began playing in a handful of short-lived bands, among them the Rayne, the Kaleidoscope, and Watertower West. When he was 18, Alan auditioned to join the Baroque pop group the Left Banke; while he was accepted into the band, they broke up before he could perform with them. At this time, Helen Merrill was living in Japan, and after his disappointment with the Left Banke, Alan opted to join her. He discovered Japan's thriving rock music scene with Beatles-influenced bands playing for bevvies of screaming girls, and felt he could have a shot at a career there. Streamlining his name to Alan Merrill, he joined a band called the Lead, whose lineup was composed entirely of musicians born outside Japan. The Lead landed a record deal with RCA Victor and enjoyed a major hit in Japan with the song "Akuma ga kureta Aoi Bara" (aka "Blue Rose"), but when immigration problems led to two of his bandmates leaving the country, Merrill stepped out into a solo career. His charisma and good looks made him teen idol material, and in addition to making music, he was a regular guest on a teen-oriented TV series, acted in a soap opera, and was a successful model in addition to releasing the albums Merrill 1 (1971) and Alone in Tokyo (1972).

Wanting to play music with a harder edge, Merrill dropped his solo act to form a glam rock band called Vodka Collins. Their debut album, Tokyo-New York, appeared in 1973 and spawned successful singles, including "Sands of Time," but Merrill was unhappy with their management and he quit Vodka Collins and moved to London. Once settled in the U.K., he formed another glam-influenced act, the Arrows, who were signed to Mickie Most's RAK label. The Arrows hit the charts with the songs "Touch Too Much" and "My Last Night with You," but it was the B-side to their single "Broken Down Heart" that earned Merrill lasting fame. The song was "I Love Rock 'n' Roll" (initially meant as an answer to the Rolling Stones' "It's Only Rock 'n' Roll [But I Like It]"), and a television performance of the tune went over so well that the single was reissued with "I Love Rock 'n' Roll" as the new A-side. The performance also led to the Arrows starring in their own U.K. television show, but when a dispute with Most led to him refusing to release any more records by the Arrows, the band broke up at the end of 1978. One of the people who witnessed the Arrows' epochal TV performance of "I Love Rock 'n' Roll" was Joan Jett, who was touring England at the time; she was immediately certain the song was a hit, and proved it in 1981 when her gender-swapped cover topped the American singles charts.

Wasting no time after the breakup of the Arrows, Merrill put together a new band, Runner, with his friend Steve Gould, formerly of Rare Bird. Runner landed record deals in the U.K. (Acrobat) and the U.S. (Island), and their self-titled debut was a minor success in America, staying on the charts for four weeks, but creative differences began to set in, and Runner broke up before they could finish their second LP. Merrill left London for New York City, and landed a gig with Rick Derringer, playing in his band from 1980 to 1983 and appearing on the albums like Good Dirty Fun. In 1985, a solo album, Alan Merrill, was issued by Polydor, featuring guest appearances by Steve Winwood and Mick Taylor, but sales were modest; it was reissued in 1998 under the title Never Pet a Burning Dog. In 1986, Merrill signed on to play in Meat Loaf's road band, staying with them until 1990. After leaving Loaf, Merrill was tapped to write the theme song for the HBO children's series Encyclopedia Brown; he also was cast in a recurring role as rock star Casey Sparks.

Despite being away from Japan for 15 years, Merrill still had a following there, and in 1990 he returned to take part in a Vodka Collins reunion tour. The shows were a massive success, and the group would go on to make three more albums, 1996's Chemical Reaction, 1997's Pink Soup, and 1998's Boy's Life. After returning to New York City, Merrill brought out the album Cupid Deranged, a 2002 release that featured new recordings of 21 songs from throughout his career. It was the first in a steady stream of solo albums Merrill would release through the 2000s and 2010s, including 2003's Double Shot Rocks (a tribute to R&B songwriters Arthur Alexander and Otis Blackwell), 2007's Rive Gauche (an homage to the Left Banke), and 2013's Songer Singwriter (a grab bag of rare and unreleased material). He continued to tour in Japan, Europe, and the U.K., as well as regularly appearing in New York City. Alan Merrill died on March 29, 2020 while being treated for the COVID-19 virus, just two weeks after playing what would be his final show; he was 69 years old. ~ Mark Deming, Rovi 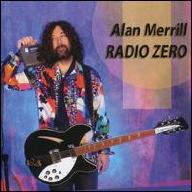 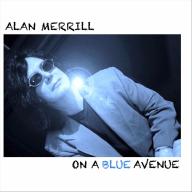 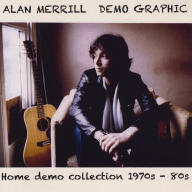 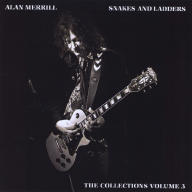 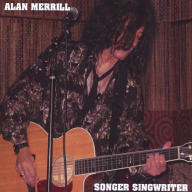 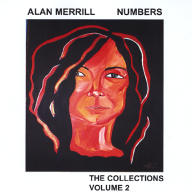 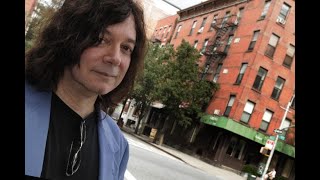 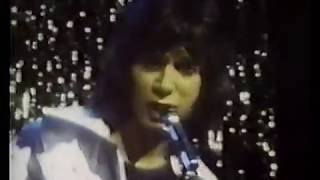 Arrows, Touch Too Much, Alan Merrill 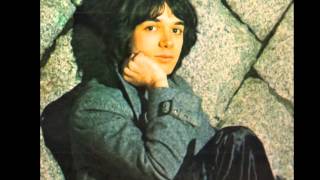 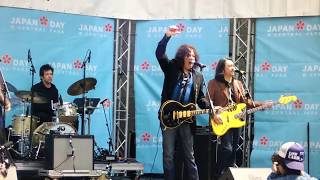 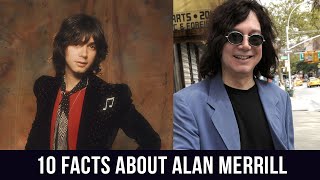 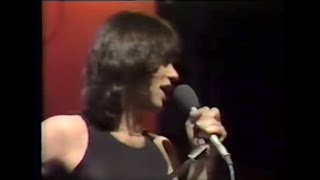