Close
Otis Leavill
from Atlanta, GA
February 8, 1937 - July 17, 2002 (age 65)
Biography
Friendly, talented Otis Leavill Cobb was born February 8, 1937, in Dewey Rose, GA. The Cobb family moved to Chicago two years later and settled in the Londale area on the Westside. Leavill had four brothers and two sisters. His father pastored the First Church of Deliverance on South Wabash, one of the first to broadcast on the radio, and formed the Cobb Singers, with Otis a member. Leavill's childhood chum, Major Lance, lived in the Cabrini Green Projects near Curtis Mayfield and Jerry Butler. They slept over at each other houses and acted more like brothers than buddies. As teenagers the two pals participated in amateur boxing at St. Albees, Leavill always fought in a division five pounds heavier than Lance. At 5'5" Leavill was short and stocky; Lance was taller and slimmer at 5'8." They formed the Floats with two females: Barbara Tyson, and another that no one remembers. After eight months the Floats ended, they never released a record but recorded a demo that's floating around Chi-town. Always industrious, Leavill worked at a grocery store, and Lance at a drugstore in the Cabrini Green area. Leavill graduated from Crane High School, and attended Crane Junior College, and Chicago Junior College.

The Impressions recorded first, then Lance, and finally Leavill. His first record Ride Sally Ride, dropped on Mercury's Limelight subsidiary, though Otis says he waxed it for St. Lawrence Records who evidently leased the master. His next release, Gotta Right to Cry, a Mayfield song, came out on Lucky Records; Lance had already waxed and released the tune in 1963 for Okeh Records. His third release, Let Her Love Me, in 1966, gave his career the boost it needed reaching number 31 on -Billboard's RB chart; the lilting Mayfield ballad, with the Impressions singing in the background became Blue Rock Records' first national hit. Dick Clark's Caravan of Stars provided Leavill his first touring opportunity. Initially, he went along to accompany Major Lance, but with disk jockeys spinning Let Her Love Me, Clark gave Leavill a paid slot on the Caravan to sing two songs.

Prior to that first hit, he befriended record producer Carl Davis who worked at Okeh Records. At Okeh he was Davis' right-hand man, helping to schedule artists, getting musicians and backing singers to the studio, etc. Leavill could spot talent, he discovered the Chi-lites, Tyrone Davis, Bohannon, and Manchild from Indianapolis, IN, whose members included Kenneth Baby Face Edmonds. Leavill and Davis passed on Yvette Stevens, a fast, hot-blooded 16-year-old singer, and her younger sister, Yvonne, they thought Yvette in particular would be a major distraction; in spite of her young age, older men hovered around the vivacious, full-throated, curvy teen like flies. Yvette became Chaka Khan, and Yvonne, Taka Boom. He raves about the Vibrations' ability to sing the "money songs" as he called standards, the tunes that got you cushy gigs in Las Vegas. Yet, it never really happened for the Californian natives like everyone predicted, their Okeh recordings' Pick Me, Misty, Love in Them There Hills, and others were only modest sellers.

Blue Rock Records was Leavill's next stop. There he cut some memorable sides, including Billy Butler's To Be or Not to Be, and Let Me Live. When Davis formed the Dakar label, he appointed Otis as Vice-President and gave him shares in the company. Leavill also recorded for Dakar where he enjoyed his biggest hit: Eugene Record's I Love You, a song that sounded like Leavill imitating Record, the Chi-lites' lead singer; it climbed to number ten RB but never threatened the Pop Top 40, stalling number 64. Another Record composition Love Uprising nearly repeated the success of I Love You, checking in at number 19 RB and number72 Pop. Another single, There's Nothing Better Than Loving You, scraped into the lower rungs of the RB chart. Despite some success, Dakar never released an album by Leavill. Willie Henderson produced Leavill's recordings at Dakar; and Record and Barbara Acklin did the backing vocals.

After Dakar's demise Carl Davis went to Brunswick Records, Leavill followed and had a few releases including Can't Stop Loving You (which sells for $40.00 to collectors), but never again realized the success he had at Dakar. His releases after that were sporadic. Right Back in Love came out on Columbia Records, but after a few more droppings, Leavill's recording career ended. A songwriter also, BMI lists 41 songs by Leavill. He wrote There's Goes the Lover (Gene Chandler) and Sweet Music for Major Lance; he produced sides for Tyrone Davis, and supervised Major Lance's Motown album Now Arriving. More prominent behind the scenes than out front, his memories of music are all good. Divorced (from Minnie Cobb), his daughter Misti graduated from Miliken University in Decatur, IL. In 1999, he toured the European clubs with the Dells. Unknown to many, he and Carl Davis coached football at Hyde Park High for seven years. Never one to sit back and wait, Leavill also owned the '76 Car Wash and Gas Station at Washington and Pulaski, and moonlighted as a policeman in a west Chicago 'burb. He formed OK Records in 2000 after a long hiatus from the record business. Sadly, Otis Leavill passed July 17, 2002 of a heart attack; he was 65. Til the end , he had lost none of the drive, hustle, or energy that first won him respect as an amateur boxer at St. Albees. ~ Andrew Hamilton, Rovi 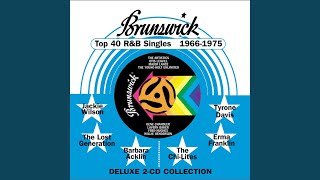 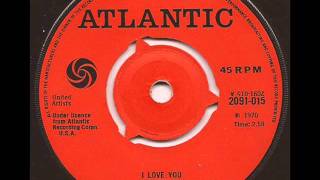 OTIS LEAVILL - I LOVE YOU (ATLANTIC) 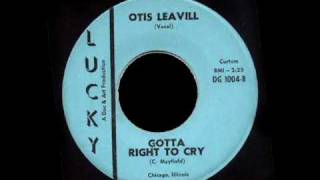 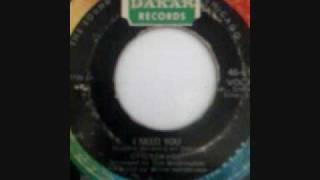 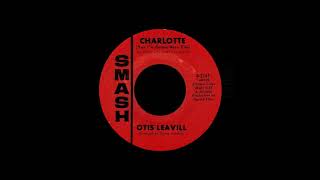 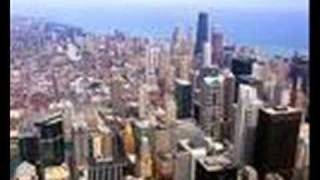 Otis Leavill Let Her Love Me 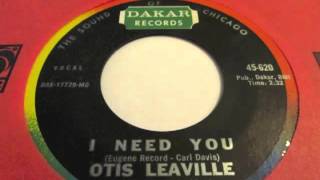