Close
Tommy Collins
from Bethany, OK
September 28, 1930 - March 14, 2000 (age 69)
Biography
Along with his contemporary Wynn Stewart, Tommy Collins was one of the first country musicians to establish a distinctive Bakersfield, CA, sound. During the course of the '50s, he released a series of hit singles that lightened up the tone of honky tonk with bouncing backbeats, novelty lyrics, and electric guitars. Collins explored a more serious side with his ballads, yet they continued to sound slightly different than his peers -- though they weren't as polished as the countrypolitan coming out of Nashville, they didn't have the grit of honky tonk. Legions of West Coast country performers -- most notably Buck Owens, who played guitar on several of Collins' hit singles, and Merle Haggard -- built on the sound that Collins established in the early '50s. Collins wasn't able to cash in on the Bakersfield craze of the '60s. By then, he had already quit the music business once, and was mounting a marginally successful comeback. Nevertheless, his influence loomed large, particularly on Haggard, who took Collins' Carolyn and The Roots of My Raising to the top of the charts in the early '70s.

Collins (b. Leonard Raymond Sipes) was born just outside of Oklahoma City, spending his entire childhood in Oklahoma, where his father worked for the county. As a child, he began to sing and write songs, eventually appearing on local radio shows. Following his high-school graduation in 1948, he attended Edmond State Teachers College while he continued to perform music. During this time, he made a handful of singles for the California-based record label Morgan. In the early '50s, he was in the Army for a brief time, before he moved to Bakersfield with his friend Wanda Jackson and her family. Shortly afterward, the Jackson family moved back to Oklahoma, leaving Collins alone in Bakersfield.

In a short time, Collins had begun to make friends and contacts within the city, eventually becoming friends with Ferlin Husky, and the pair roomed together. After recording a handful of Collins' songs, Husky convinced his record company, Capitol, to offer Collins a record contract, and the fledging singer/songwriter signed to the label in June of 1953; at the time of signing, he adopted his stage name of Tommy Collins, since it sounded more commercial than Leonard Sipes. Capitol and Collins immediately assembled a backing band, which featured a then-unknown Buck Owens on lead guitar. Following one unsuccessful single, Collins released the jaunty You Better Not Do That, which became a huge hit in early 1954, spending seven weeks at number two on the country charts. Since the song was a success, Collins continued to pursue a lighthearted, near-novelty direction with his subsequent hits, and the formula initially worked. Between the fall of 1954 and the spring of 1955, he had three Top Ten hits -- Whatcha Gonna Do Now, Untied, and It Tickles -- and in the fall of 1955, the double A-sided single I Guess I'm Crazy and You Oughta See Pickles Now, which both reached the Top 15. In addition to these hit singles, Faron Young had a huge hit with Collins' If You Ain't Lovin', which was one of many songs that Collins wrote but didn't record that became hits.

Collins was on the fast road to major success, but it stopped just as soon as it began. Collins had a religious conversion in early 1956, and much of the material he recorded that year was sacred music; occasionally, he recorded duets with his wife Wanda Lucille Shahan as well. In 1957, Collins enrolled in the Golden Gate Baptist Seminary with the intention of becoming a minister. Two years later, he became a pastor. During all of his religious teachings, Collins continued to record for Capitol, but neither he nor the label was much interested in promoting his records, and he had no hits. When his contract with the label expired in 1960, he stopped recording and enrolled as a student at Sacramento State College. For the next two years, he studied at the university.

In early 1963, Collins decided he was unfulfilled by the ministry, so he left the church and headed back to Bakersfield with the intention of reentering the music business. Capitol agreed to re-sign him, and in 1964 he returned to the lower reaches of the charts with I Can Do That, a duet with his wife, Wanda.

With the help of Johnny Cash, Collins switched labels and signed with Columbia in 1965; the following year, he had a Top Ten hit with I Can't Bite, Don't Growl. For the next few years, he had a string of minor hit singles, none of which cracked the country Top 40. During this time, he also toured with his protégés, Buck Owens and Merle Haggard, acting as their opening act. By the early '70s, both Collins' professional and personal lives were on the verge of collapse, due to his increasing dependency on drugs and alcohol. In 1971, Wanda filed for divorce, sending Collins into a deep depression.

Collins began to recover by continuing to write songs, many of which were recorded by Merle Haggard, including the 1972 number one hit single Carolyn. In 1976, Collins moved to Nashville, where he was able to secure a contract with Starday Records. Later that year, he released Tommy Collins Callin', a collection of his own versions of songs he had provided for other artists. Following the album's release, Collins turned almost entirely to professional songwriting. In 1981, Merle Haggard had a hit single with Leonard, his tribute to Collins. After the release of Leonard, the spotlight again turned to Collins, who was now sober. Collins signed a songwriting contract with Sawgrass Music, where his most notable success was Mel Tillis' Top Ten 1984 hit, New Patches.

Throughout the '80s, Collins kept a low profile, though his songs continued to be recorded. George Strait recorded some Collins compositions during the decade, taking a new version of If You Ain't Lovin' to number one on the country charts. European record companies like Bear Family began reissuing his recordings, which led to an appearance at the 1988 Wembley Country Music Festival in England. In 1993, Collins signed a new publishing contract with Ricky Skaggs Music and continued to write songs professionally throughout the mid-'90s, dying at his home in Ashland City, TN, on March 14, 2000. ~ Stephen Thomas Erlewine, Rovi 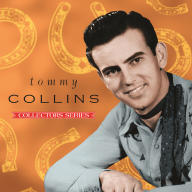 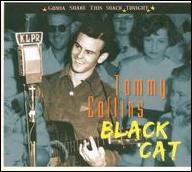 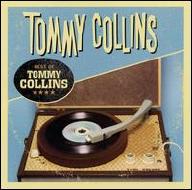 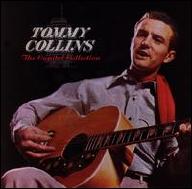 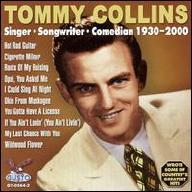 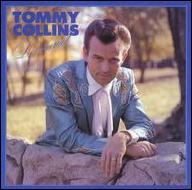 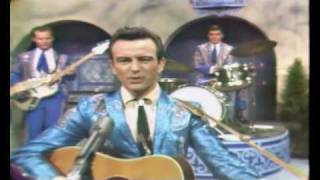 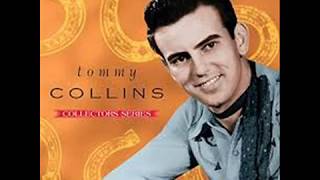 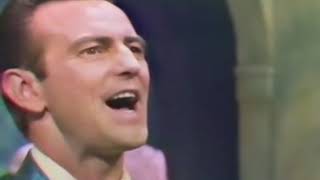 Buck Owens Ranch Show March 15,1966 Tommy Collins You Better Not Do That 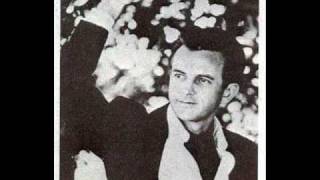 Tommy Collins High On A Hilltop 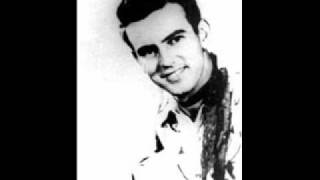 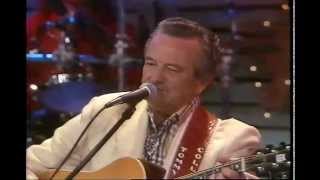 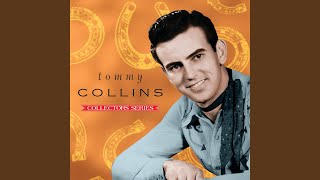