Close
Cliff Eberhardt
Biography
Before he was even ten years old, singer/songwriter and guitarist Cliff Eberhardt knew the performing life was one he would embrace. Eberhardt grew up in a musical family, and despite growing up after the advent of television, he and his brothers and parents all sang together and played instruments. His father bought him his first guitar and he quickly learned to play, and got an additional education in his youth because of the family home's proximity to the Main Point Coffee House, one of the best folk clubs on the East Coast. In his youth, he listened far and wide to a diverse array of artists, including but not limited to James Taylor, Joni Mitchell, Muddy Waters, Howlin' Wolf, Bruce Springsteen, Bonnie Raitt, and Mississippi John Hurt. He also listened, thanks to his parents, to Great American Songbook songwriters like Cole Porter, the Gershwins, and Rodgers Hart.

As a 15-year-old, Cliff and his brother Geoff began touring as an acoustic duo. At 21, Eberhardt moved to Carbondale, IL and found a supportive music scene that included Shawn Colvin, and after a short stay in Colorado, he moved to New York City in 1978, where, in the early '80s he became part of a second folk and acoustic music revival, centered mostly around clubs like Folk City, the Bitter End, Speakeasy, and Kenny's Castaways. At that time, an amazing number of up-and-coming talents were around Lower Manhattan and they formed an organization, the Fast Folk Music Cooperative. Among the many bright lights performing in Lower Manhattan clubs and coffee houses at the time were John Gorka, Suzanne Vega, Lucy Kaplansky, Christine Lavin, Colvin, David Massengill, and Julie Gold.

Eberhardt often worked by day as taxi driver while pursuing solo gigs and studio work on the side, and accompanied Richie Havens and Melanie on shorter tours. He also sang advertising jingles for Coke, Miller Beer, and Chevrolet's "Heartbeat of America" ad campaign, which gave him the luxury to devote more time his own songwriting efforts. Eberhardt's song, My Father's Shoes, was chosen for an album issued by a West Coast label, Windham Hill Records, and that led to his own eventual recording contract with the label. Windham Hill released The Long Road in 1990; the album featured a duet with Richie Havens and led Eberhardt to a national touring base. In the early '90s, he released two albums on New Jersey-based Shanachie Records, Now You Are My Home, (1993) and Mona Lisa Cafe (1995) before signing with Red House Records in 1997.

He's been associated with Minneapolis-based Red House since 1997, when the label issued Eberhardt's 12 Songs of Good and Evil. Eberhardt's deal with Red House came about through a meeting with Red House founder Bob Feldman at fellow folk singer John Gorka's wedding. He followed up with equally compelling albums of original folk and blues songs, Borders in 1999 and School for Love in 2002.

A near-fatal auto accident later in 2002 sidelined Eberhardt's career for a time, as his rehabilitation required two back surgeries and months of intensive physical therapy, but he was back on the scene in 2007 with The High Above and the Down Below. In 2009, he recorded 500 Miles: The Blue Rock Sessions for Red House Records, while 2011 saw the release of All Wood and Doors. Like John Hammond and Richie Havens, Eberhardt continues to carry the torch for traditional and contemporary folk music through his strong live shows. Whether he's out on tour solo or with a small band, Eberhardt's guitar playing, singing, and original folk songs and blues make for a compelling, thought-filled, emotional roller coaster of a concert. ~ Richard J. Skelly, Rovi 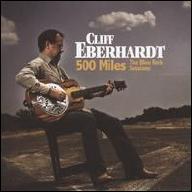 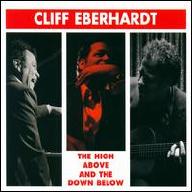 The High Above And The Down Below
2007 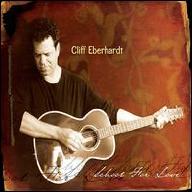 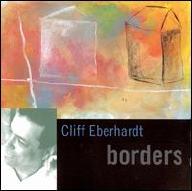 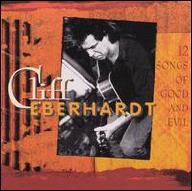 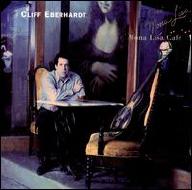 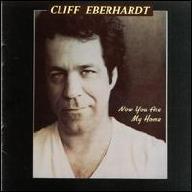 Now You Are My Home
1993
Videos
Close 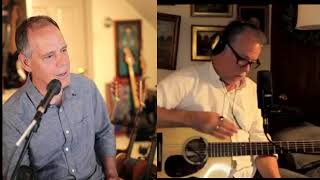 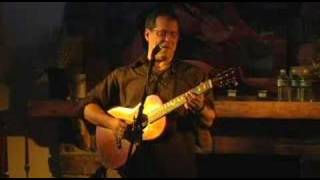 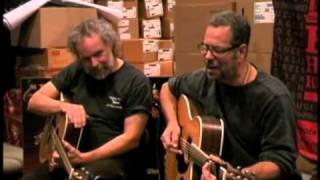 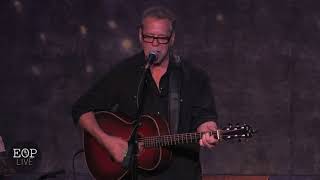 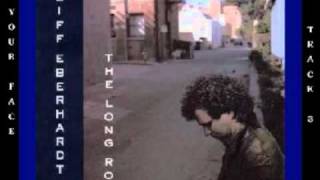 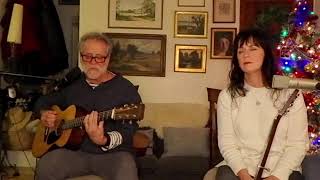 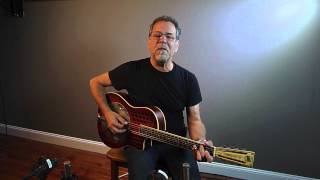