Close
Blue Barron
from Cleveland, OH
March 22, 1913 - July 16, 2005 (age 92)
Biography
Blue Barron led one of the most popular sweet bands of the swing era, forging a two-decade career built upon his orchestra's credo, "music of yesterday and today, styled the Blue Barron way." Born Harry Friedland in Cleveland on March 22, 1911, he played violin in a campus band while attending Ohio State University but first pursued a career in music management, not performing. After a brief stint managing the young Sammy Kaye, Friedland changed course in 1936, adopting the moniker Blue Barron and founding his own big band. Favoring a slick, brassy sound that prompted some critics to lump them in with the so-called "Mickey Mouse bands," Barron's orchestra was nevertheless enormously popular with audiences. According to Russ Carlyle, the group's first featured vocalist, "We introduced a song by singing an old song that had something to do with the number we were going to play," hence the "music of yesterday and today" motto.

Following the success of its 1938 RCA hit At a Perfume Counter, the Barron band became a New York ballroom mainstay and spent much of the 1940s headlining the Edison Hotel, headquarters of its coast-to-coast radio broadcasts. In the wake of cutting the orchestra's hit theme song, Sometimes I'm Happy, Carlyle exited in 1941, making way for vocalist Clyde Burke. Soon after, Barron was drafted to serve with the U.S. Army Airborne Division during World War II, naming singer Tommy Ryan to assume bandleader duties until his return. Following Barron's return from duty, in 1949 he scored his biggest hit with the chart-topping Cruisin' Down the River. However, the big-band era was by now drawing to a close, although he kept the orchestra afloat until 1956. After a subsequent career in real estate management, Barron died in Baltimore on July 16, 2005; he was 91. ~ Jason Ankeny, Rovi 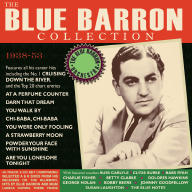 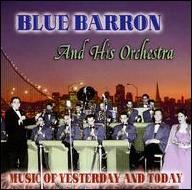 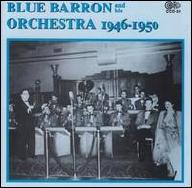 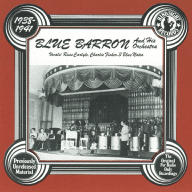 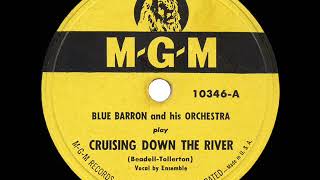 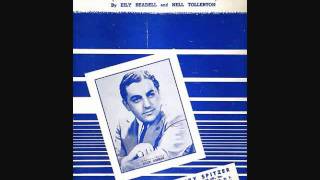 Blue Barron and His Orchestra - Cruising Down the River (1949) 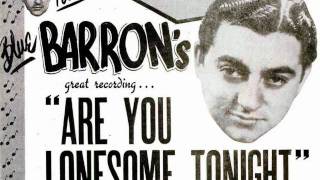 Blue Barron and His Orchestra - Are You Lonesome Tonight? (1950) 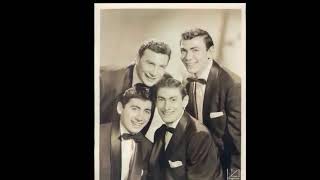 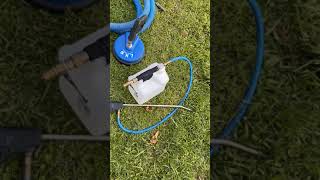 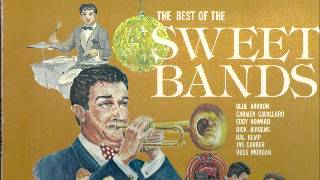 Blue Barron - Garden in the rain 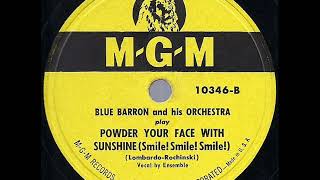