Close
Don Bestor
Biography
This historic recording artist is one of those musicians who is best known for an association with a certain product he helped promote, in some small way, by coming up with a commercial jingle. In the case of Don Bestor, the product was that wiggly Jello stuff. The original commercial from whence sprang the immortal "J-E-L-L-L-O" riff was created by Bestor during his relationship with the Jack Benny Show. Listeners who are familiar with Benny, and everyone should be, would know that this means it was Bestor who were the subjects of Benny's sourpuss non-intro "Play, Don, Play!" To be the subject of a Benny joke is an artistic achievement of the highest order, if not the goal of every piano student who starts out at age 16, as Bestor did. He began his professional career in vaudeville and in the early '20s formed his own dance band, an enterprise which strained him severely. The possibility of accepting a job as bandleader of the prosperous Benson Orchestra seemed a softer and warmer choice, with the professional prize of following in the footsteps of popular bandleader Roy Bargy, under whose supervision the band's reputation had become second to none. Bestor lasted as ringleader until 1925, the based out of Chicago's notorious mobster hangout the Marigold Gardens. WonderfulCopenhagen, and the bumpy In A Covered Wagon With You were sides cut by the Benson Orchestra

Bestor led a series of his own groups from this point on, coming up with some hit records for Brunswick such as the optimistically depressing Teach Me to Smile and the far from absent-minded I'm Not Forgetting. It is his band that backs up Shirley Temple on Animal Crackers In My Soup in the film #Curly Top. Bestor scored a number one hit song in 1933 standing onForty-Second Street, and it turned out to be his best careeer decade. It was an obvious case of exposure versus content. Vintage big band fans much prefer the Benson Orchestra sound, but Jack Benny's first radio series in 1934 wound up reaching an enormous audience. The group was also featured on the much less remembered Walter O'Keefe Show. Bestor appeared on the radio for a fairly short part of his total career. From the Benny bowl of Jello it was back to the ballrooms and theaters that made up the nation's vaudeville circuit. He retired in 1943, his popularity waning. Vocalist Mildred Law sang with the orchestra during its last period. ~ Eugene Chadbourne, Rovi 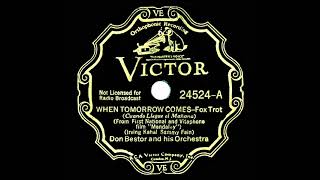 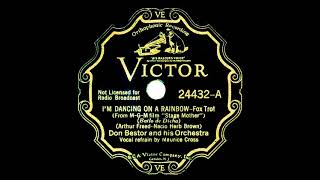 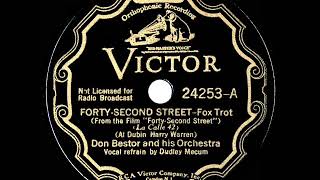 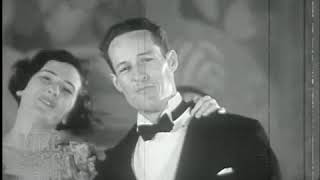 MY EXTRAORDINARY GAL - Don Bestor Orchestra and dancers (out takes) 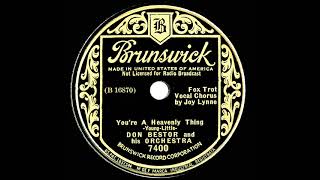 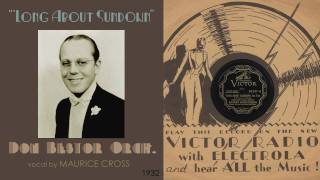 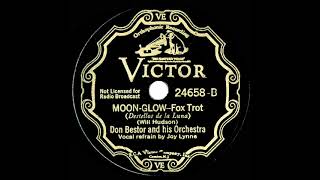