Close
Axl Rose
from Lafayette, IN
February 6, 1962 (age 60)
Biography
Depending who you ask, Guns N' Roses vocalist Axl Rose is either considered a rock music icon who is worshipped by millions as an almost Christ-like figure, or hated as a homophobic, misogynistic, and woefully self-indulgent "rock star" (in his defense, Rose has denied that he's a homophobe or a misogynist), as well as thought of as a tyrant by his ex-bandmates. William Bruce Rose was born on February 6, 1962, in Lafayette, IN, and suffered sexual abuse from his biological father and physical abuse from his eventual stepfather at an early age (Rose changed his name to William Bailey after his mother remarried). Rose was also an outcast in school, where he was picked on for being "different," but found solace in singing with his school and church vocal choir and eventually rock music. His rough teenage years were eased a bit when he befriended a Keith Richards-worshipping chap by the name of Jeff Isbell, who shared Rose's interest in music. Isbell left Indiana for the streets of Los Angeles in the early '80s with hopes of forming a rock band, and Rose followed shortly thereafter, changing his name to W. Axl Rose (while Isbell soon adopted the name Izzy Stradlin).

The L.A. rock music scene at the time was split down the center between rough-and-ready punk rock and hair spray-soaked glam rock/heavy metal, and Rose wanted to form an outfit that borrowed equally from each genre. Stradlin and Rose plowed through several outfits that went nowhere (Hollywood Rose being one) before hooking up with fellow streetwise rockers Slash (guitar, real name Saul Hudson), Duff McKagan (bass), and Steven Adler (drums). After slugging it out on the Sunset Strip and honing their act, the newly christened Guns N' Roses signed a recording contract with Geffen Records after issuing an independent live EP (1986's Live Like a Suicide). Their full-length debut, Appetite for Destruction, was released a year later, and at first the public didn't know what to make of the album or the band. Slowly but surely, rock's fickle audience came around, and by summer 1988, Guns N' Roses was fast becoming one of the world's top rock bands (on the strength of such hit singles/MTV-saturated videos as Welcome to the Jungle, Sweet Child O' Mine, and Paradise City).

But with fame came death-defying drug and alcohol abuse among all five bandmembers (as well as last-minute tour/concert cancellations) -- it appeared as though the more successful they became, the more problems arose. To fill the void for a new GNR album, Geffen put out the eight-track stopgap EP G N' R Lies in late 1988, amid widespread rumors of an impending band breakup. The album was another big seller (on the strength of the hit acoustic ballad Patience), but Axl Rose came under immense fire and criticism for the song One in a Million, in which Rose had derogatory comments for gays, blacks, and immigrants. Undeterred, Rose and co. regrouped and worked on their much-anticipated follow-up to Appetite, which seemed to always miss its numerous projected release dates. Adler was sacked during the recording, while 1991 finally saw the release of the two-part sophomore effort Use Your Illusion. Both discs were massive hits, but the band appeared to have reinvented itself as a bombastic and indulgent rock act, often recalling the music that their punk rock idols attempted to destroy in the mid-'70s. A mammoth two-year tour followed (with Stradlin leaving the band mid-tour) in which GNR found themselves losing their validity as a streetwise rock act in the face of the stripped-down grunge movement (which included such acts as Nirvana, Pearl Jam, Soundgarden, et al.).

It only made Rose seem more out of touch from reality when he would hold the band up from going on-stage, resulting in ridiculous multi-hour delays. His public image took a few more shots when several concerts were marred by audience riots caused by Rose's notorious hijinks and when he tried to pick a fight with Nirvana leader Kurt Cobain backstage at the 1992 MTV Video Music Awards for disparaging (yet quite on the mark) remarks Cobain made about Rose in the press. When the tour finally ground to a halt in 1993, GNR issued a lukewarmly received collection of covers, The Spaghetti Incident?, and took a well-deserved rest. But after numerous aborted writing/recording sessions for their third proper studio album, the remaining other two original members (Slash and McKagan) either quit the band or were dismissed by Rose. Rose had been granted full ownership of the name Guns N' Roses, so he slowly formed a whole new band around himself.

With rumors running rampant that he had become a bloated, bald, and drug-addled hermit (due to the fact that he did not grant a single interview between 1994-1999, staying completely out of the spotlight), Rose continued to work on GNR's next release himself. 1999 saw GNR's first new song released in nearly eight years, the industrial rocker Oh My God from the End of Days soundtrack, as well as a live compilation of old-school GNR tracks, Live Era: '87-'93, yet both came and went without much fanfare. But all that changed when Rose and his new cohorts (which included ex-Nine Inch Nails guitarist Robin Finck, mask-wearing solo guitarist Buckethead, ex-Replacements bassist Tommy Stinson, ex-Primus drummer Brian Mantia, plus longtime GNR keyboardist Dizzy Reed) played their first live shows together in early 2001, receiving unanimously favorable reviews. With a world tour booked and album nearing completion (reportedly to be titled Chinese Democracy), the GNR/Axl Rose hype machine appeared to be building up to a feverish pitch once again. ~ Greg Prato, Rovi 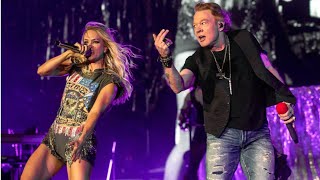 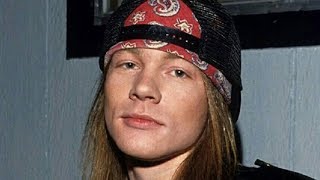 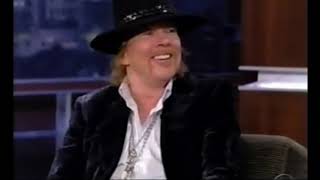 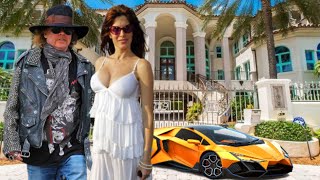 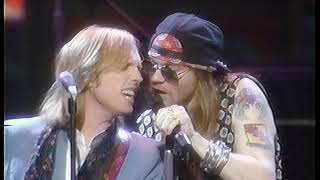 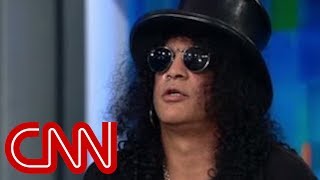 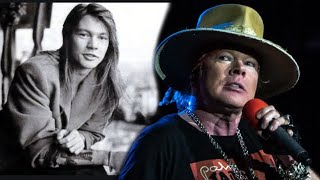 The Life and Tragic Ending of Axl Rose
Available here: