Close
The Mummies
from San Bruno, CA
formed January 1, 1988 - January 1, 1992 (age 4)
Biography
The once and future kings of budget rock, the Mummies did for garage rock what the New Bomb Turks did for punk: stripped it to the frame, made it as raunchy as it deserved to be, and reminded everyone what was cool and crazy about the stuff in the first place. Of course, while the New Bomb Turks were able to build a career out of their roots punk cross-breed, the Mummies achieved their greatest notoriety after they broke up, but it's difficult to imagine the rawest edge of the garage revival bands existing without the guiding influence of the gauze-wrapped foursome.

Formed in San Francisco, CA, in late 1988, the Mummies consisted of Larry Winther on guitar, Maz Kattuah on bass, Trent Ruane on organ and sax, and Russell Quan on drums; though it was sometimes difficult to tell just who was who since the band performed in mummy suits that made them appear to be wrapped from head to toe in Ace bandages. While the band found a home in the West Coast garage/surf revival scene alongside like-minded bands such as the Phantom Surfers and the Untamed Youth, the Mummies set out to be louder, cruder, and more obnoxious than anyone; bashing out frantic and primitive versions of such classics as Justine and Shot Down alongside middle-finger originals like Your Ass (Is Next in Line), The Thing From Venus, and Shut Yer Mouth on cheap vintage gear rescued from pawn shops and garage sales. In 1990, the Mummies' first single appeared (on the band's own Pre-B.S. label), as did several 7"s on other labels followed, including Estrus, Planet Pimp, and Rekkids; eventually, the band's early singles were compiled on the LP The Mummies Play Their Own Records. (The album appeared on LP only; the Mummies made no secret of their antipathy for digital technology, emblazoning their slogan, "F*ck CDs," on the back covers of most of their records and refusing to release their material in the format, though this changed with the dawn of the 21st century.

In early 1991, the Mummies cut an album for Crypt Records, but the results sounded a bit too clean and tidy for the band's liking, and the album went unreleased (though the material was later pirated on the infamous Fuck the Mummies bootleg); later that year, they took another stab at capturing their lo-fi assault on tape, and the result was their first (and only) proper Mummies studio album, the gloriously obnoxious Never Been Caught. After extensive West Coast gigging, a tour of the Northwest with Thee Headcoats (garage icon Billy Childish called the Mummies his favorite American band) and a brief jaunt to the East Coast, the Mummies threw in the towel in January 1992, shortly before Never Been Caught came out. However, the group briefly reunited in 1993 when fellow San Franciscans Supercharger asked the Mummies to open for them on a tour of Europe; being big fans of Supercharger, the Mummies agreed, and made enough of an impression on European rock fans that they were persuaded to come back for a headlining tour in the Spring of 1994. Since then, Ruane, Kattuah, and Quan have all played with the Phantom Surfers, while Ruane has also worked with the Untamed Youth; Kattuah finds time to play in the Maybellines; and the busy Quan gigs with the Maybellines, the Bobbyteens, the Count Backwurds, and the Dukes of Hamburg. Larry Winther, meanwhile, has recorded with the Orange Peels. ~ Mark Deming, Rovi 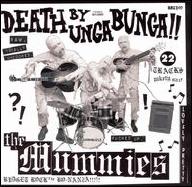 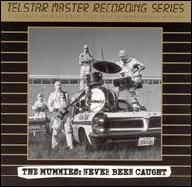 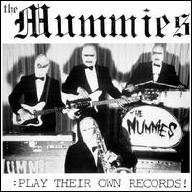 Play Their Own Records
1992
Videos
Close 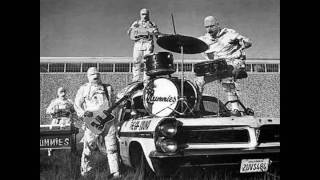 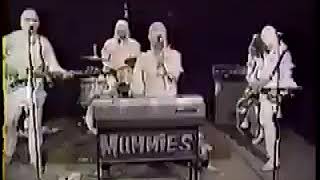 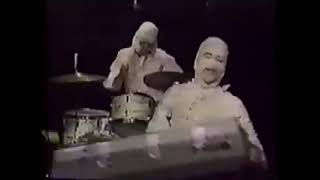 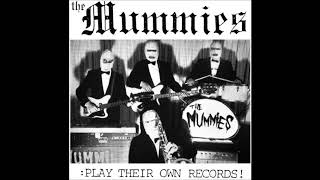 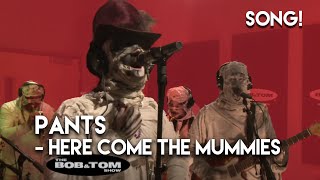 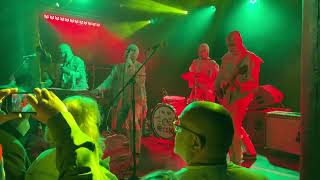 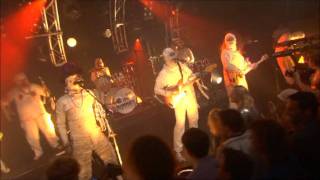 Here Come The Mummies - Do You Believe
Available here: