Close
Mott the Hoople
from London, England
formed January 1, 1969 - January 1, 1976 (age 6)
Biography
Mott the Hoople were one of the great also-rans in the history of rock & roll. Though Mott scored a number of album rock hits in the early '70s, the band never quite broke through into the mainstream. Nevertheless, their nasty fusion of heavy metal, glam rock, and Bob Dylan's sneering hipster cynicism provided the groundwork for many British punk bands, most notably the Clash. At the center of Mott the Hoople was lead vocalist/pianist Ian Hunter, a late addition to the band who developed into its focal point as his songwriting acumen grew. Hunter was able to subvert rock & roll conventions with his lyrics, and the band -- led by guitarist Mick Ralphs -- had a tough, muscular sound that kept the group firmly in hard rock territory, even when flirting with homosexual imagery and glammy makeup. However, their lack of success meant that they inevitably splintered apart in the '70s, with Ralphs forming Bad Company and Hunter launching a cult solo career.

Mick Ralphs (lead guitar, vocal), Verden Allen (organ), Overend Pete Watts (bass), and Dale Buffin Griffin (drums) formed Silence in 1968 and began playing around their hometown of Hereford, England. Early in 1969, the band added vocalist Stan Tippens and landed a record contract with Island (Atlantic in the U.S.), heading to London to record with producer Guy Stevens, whose first move was to change the band's name to Mott the Hoople, after a Willard Manus novel. By the summer, Tippens was fired, later becoming the band's road manager, and was replaced by Ian Hunter. Their eponymous debut album was released in the fall of 1969 and became an underground hit, known for its fusion of Blonde on Blonde-era Dylan and heavy metal, its straight cover of Sonny Bono's "Laugh at Me," and its pounding instrumental version of the Kinks' "You Really Got Me."

Despite all of the attention Mott the Hoople received, it didn't sell well and neither did its poorly reviewed 1970 follow-up, Mad Shadows. The band returned in 1971 with the country-tinged Wildlife, which was its least popular record to date. Despite their lack of sales, Mott the Hoople had gained a cult following in Britain through their constant touring. At a concert at the Royal Albert Hall in July 1971, the band sparked a mini-riot that led the venue to ban rock concerts for a number of years. More than any of their previous releases, Brain Capers (1971) demonstrated the band's live power, but when it failed to sell, the group was prepared to disband.

Just as the band was about to split, David Bowie intervened and convinced the group to stay together. Riding at the height of his Ziggy Stardust popularity, Bowie agreed to produce Mott's next album and offered "Suffragette City" for the bandmembers to record. They refused the song, asking for "Drive-In Saturday" instead. They eventually settled for "All the Young Dudes," which became the group's breakthrough hit. An explicitly gay anthem recorded by a heterosexual band, "All the Young Dudes" became the anthem for the glam rock era, becoming a number three hit in the U.K. and a Top 40 hit in the U.S. in the summer of 1972. An album of the same name was released on Columbia Records in the fall, and it became a hit in the U.K. and the U.S.

Allen left the band before the recording of the group's follow-up to All the Young Dudes, citing Hunter's reluctance to record his songs. A concept album about a rock band struggling for success, Mott, released in the summer 1973, expanded the band's success, receiving good reviews and peaking at number seven in Britain and number 35 in America. "All the Way from Memphis" and "Roll Away the Stone" became Top Ten hits in the U.K., confirming the band's status as one of the leaders of the glam rock movement. In the summer of 1974, Hunter published Diary of a Rock Star to great acclaim in the U.K.

While the bandmembers were finally experiencing the success that they had desired, the group was beginning to fall apart. Frustrated with Allen's departure, as well as the fact that his song "Can't Get Enough" was out of Hunter's range, Ralphs left Mott in late 1973 to form Bad Company with Paul Rodgers. He was replaced by former Spooky Tooth guitarist Luther Grosvenor, who changed his name to Ariel Bender upon joining the band; keyboardist Morgan Fisher also joined the group. The new lineup toured in late 1973, and the concerts were documented on 1974's Mott the Hoople Live. The live record was released after The Hoople appeared in the spring, peaking at 11 in the U.K. and 28 in the U.S. on the strength of the singles "The Golden Age of Rock & Roll" and "Foxy Foxy." Former Bowie guitarist Mick Ronson replaced Bender in the fall of 1974 upon Hunter's request. Within a few months, Hunter and Ronson left the band to begin working as a duo. The remaining members of Mott the Hoople added guitarist Ray Major and vocalist Nigel Benjamin, truncating their name to Mott. The new incarnation of the group released Drive On (1975) and Shouting and Pointing (1976) to little attention before adding John Fiddler as their lead singer and changing their name to British Lions. They split up two years later.

Though the allegiance between Ian Hunter and Mick Ronson was short-lived, it was well-received and the two would continue to sporadically work together until Ronson's death in 1993. Hunter pursued a moderately successful solo career, highlighted by his eponymous 1975 album and 1979's You're Never Alone with a Schizophrenic. Hunter's "Ships" was covered by Barry Manilow in 1975, while Great White took his "Once Bitten, Twice Shy" into the Top Ten in the early '90s. ~ Stephen Thomas Erlewine, Rovi 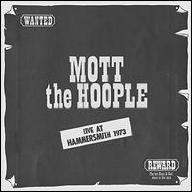 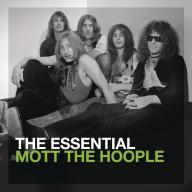 The Essential Mott The Hoople
2013 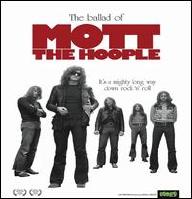 The Ballad of Mott the Hoople
2011 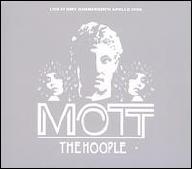 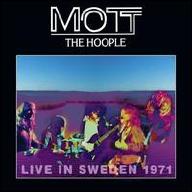 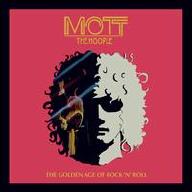 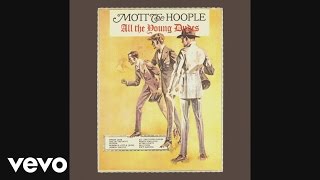 Mott The Hoople - All the Young Dudes (Audio) 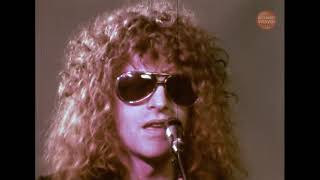 Mott the Hoople - All The Young Dudes 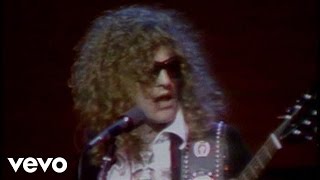 Mott The Hoople - All The Way From Memphis (Live) 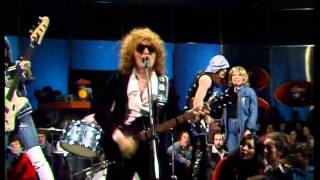 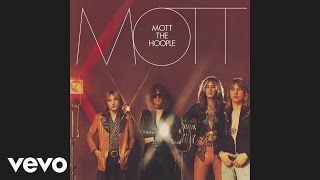 Mott The Hoople - All the Way from Memphis (Audio) 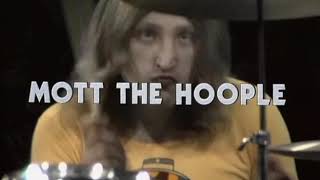 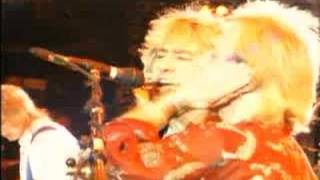