Close
Jon Lord
from Leicester, England
June 9, 1941 - July 16, 2012 (age 71)
Biography
Jon Lord was best known as the co-founder and keyboard player for Deep Purple, but he had a lengthy career with other bands (and as a session musician) long before that band first recorded in 1968, and had an extensive solo career as well, in addition to playing with such offshoot groups as Whitesnake and Paice, Ashton Lord. He was born Jon Douglas Lord in Leicester, England, in 1941, and manifested an interest in music very early on, taking up classical piano at age five -- his boyhood influences ranged from pre-Baroque through Johann Sebastian Bach to Late Romantics such as Sir Edward Elgar. As the 1950s went on, he also absorbed the music of such jazz and blues figures as Jimmy Smith and Jimmy McGriff, and rock & roller Jerry Lee Lewis. He eventually shifted away from classical music and into playing blues and jazz as a means of earning money, while also studying acting for a time. At the start of the 1960s, he passed through the orbit of jazz guru Bill Ashton, and soon after met Art Wood, an alumnus of Alexis Korner and Cyril Davies' Blues Incorporated. Lord began to pick up session work in the mid-'60s, and that's his piano on the Kinks' debut hit, You Really Got Me. He ended up as a founding member of Art Wood's band the Artwoods -- although the latter group never had a major hit, it was a busy performing outfit and made a large number of television appearances across its three-year existence, which ended in 1967 with a brief period as the Saint Valentine's Day Massacre, a name under which the group issued its final single, Brother, Can You Spare a Dime.

That band's breakup began a pivotal year for Lord. He organized a studio outfit called Santa Barbara Machine Head, with ranks including future Rolling Stone Ron Wood (brother of Art Wood), which recorded a tiny handful of his instrumental compositions -- and in his first stint as a leader, he debuted a sample of the heavy keyboard style that would figure in his subsequent career. To keep paying bills he also passed through the lineup of the Flower Pot Men, where he made the acquaintance of ex-Johnny Kidd bassist Nick Simper. Fate took a hand in the person of ex-Searchers drummer Chris Curtis, who was looking to organize a band of his own, to be called Roundabout -- that effort was cut short by Curtis' personal instability, but through it Lord first met guitarist Ritchie Blackmore. The Curtis gig vanished, but Lord and Blackmore decided to try working together anyway, Simper came aboard, along with Ian Paice and Rod Evans, and the result was Deep Purple.

On the group's early album, Lord's instrument was the dominant part of their sound, and his compositions stood out for their boldness and sophistication (though it was songs such as Hush by Joe South and Kentucky Woman by Neil Diamond that were selling records for them). For most of the 1960s, Lord had played a mix of piano and organ, but with Deep Purple he concentrated far more on the latter, and especially the sound of the Hammond organ -- the latter had been a favorite of players such as Steve Winwood and, especially, Keith Emerson, but the development of the Mellotron and then the Moog synthesizer drew away most of the best players in rock to those instruments. Lord proved the exception, and he turned the Hammond organ into his signature sound (occasionally augmented by the electric piano and harpsichord) on the first seven years of Deep Purple's work. His aspirations as a composer also came to the fore early on, with pieces that melded classical influences with rock & roll on the group's second and third LPs. In 1969, he delivered the almost LP-length Concerto for Group and Orchestra, which was performed live with the Royal Philharmonic Orchestra under conductor Malcolm Arnold in September of that year at Royal Albert Hall.

The concerto and the resulting album elevated the group's status in the British rock music world, and also became their first release in America on Warner Bros., the label where they would make their permanent mark on music -- but it also created a schism within the lineup; Blackmore, especially, had tolerated this digression into classical music, but the notion of any subsequent efforts in that direction was rejected out of hand, even when the BBC commissioned a classical/rock piece soon after the concert. Lord would have to pursue those ideas on his own. Meanwhile, the band returned to rock & roll with a vengeance (and a new lineup, Ian Gillan and Roger Glover having taken over on vocals and bass, respectively, before the concerto performance) on In Rock, Fireball, and Machine Head. Their early-'70s output would ultimately sell in the tens of millions and turn them into international legends, Lord's playing at the center of it in tandem with Blackmore's work.

Lord was also busy with outside projects, most notably The Gemini Suite (1972), an outgrowth of the 1970 BBC commission. He followed this with Sarabande in 1975, the year that Deep Purple initially called it quits -- by that time, Lord and Ian Paice were the only originals still present (he also married Paice's sister-in-law). He spent a year as part of the trio of Paice, Ashton Lord, did lots of session work, and then joined mid-'70s Purple singer David Coverdale's band Whitesnake. His six years there, from 1978 through 1984, also saw Lord finally adopt the synthesizer, and prove he could match Keith Emerson or Rick Wakeman in the on-stage keyboard arms race. He released two solo projects during this period, Before I Forget (1982) and Country Diary of an Edwardian Lady (1984), even as Whitesnake enjoyed a string of hits.

But Lord was never more than a salaried member of the band, a situation that he didn't relish, and in 1984 he left the group to become part of the re-formed classic Deep Purple lineup, which yielded the Perfect Strangers album and a huge international tour. The revived Deep Purple, which endured numerous lineup shifts and released albums and toured across the 1980s and 1990s, kept Lord busy in between various solo projects (and an increasing amount of soundtrack work) right into 2002, when he formally retired from the band. By that time, he'd been signed to Virgin Classics, a proper classical music label (later absorbed by EMI), and he had begun composing, performing, and recording freestanding classical works and belatedly establishing himself in that musical world. Lord continued to keep his hand in jazz and blues, even forming a band devoted to the latter christened the Hoochie Coochie Men (reviving a name associated with Cyril Davies and Long John Baldry), but straddling several musical worlds. Those performances, and the continued robust sales of the Deep Purple catalog, overlapped with his own 2007 Durham Concerto, a gloriously ambitious six-movement piece whose stylistic elements recalled (without mimicking) the work of Ralph Vaughan Williams, John Tavener, and Malcolm Arnold. He also recorded a classical album in memory of his longtime friend, the author Sir John Mortimer. After battling pancreatic cancer for nearly a year, Jon Lord died of a pulmonary embolism in London on July 16, 2012; he was 71 years old. ~ Bruce Eder, Rovi 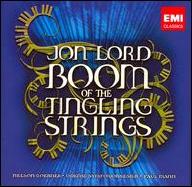 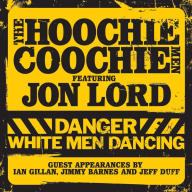 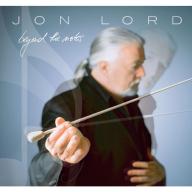 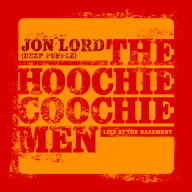 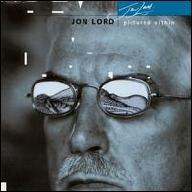 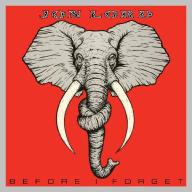 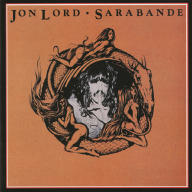 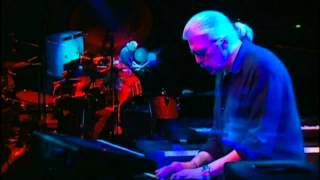 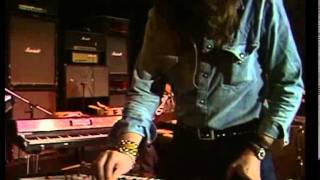 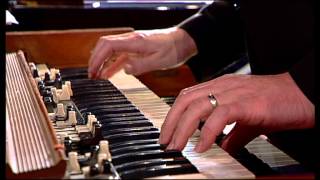 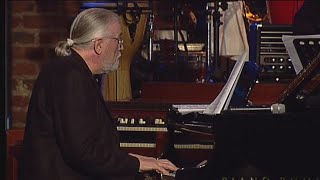 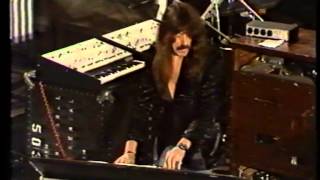 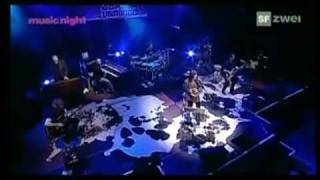