Close
Midnight Oil
from Sydney, Australia
formed January 1, 1975 (age 47)
Biography
Australia's Midnight Oil brought a new sense of political and social immediacy to pop music: not only did incendiary hits like "Beds Are Burning" and "Blue Sky Mine" bring global attention to the plight of Australia's indigenous people and the working class, but the group also put its money where its mouth was; in addition to mounting benefit performances for groups like Greenpeace and Save the Whales, frontman Peter Garrett later became a member of the Australian House of Representatives on the Labor ticket. Early on, Midnight Oil's music was rough-hewn hard rock with a punky vibe (this side of the band can be heard on 1979's Head Injuries), while they began taking on more adventurous melodic constructs and angular arrangements that sounded smart without slipping into pretension (their high points in this era were 1983's 10, 9, 8, 7, 6, 5, 4, 3, 2, 1 and 1984's Red Sails in the Sunset). The group adopted a slightly more accessible approach and more dynamic arrangements with 1987's international hit Diesel and Dust, and they kept up this engaging a less aggressive attack on 1990's Blue Sky Mining and 1993's Earth and Sun and Moon. 2002's Capricornia found them beefing up their sound again before they went on hiatus, only to return to live work in the 2010s. When they returned to recording later in the decade, it was with a familiar sense of purpose – 2018's The Makarrata Project was a concept album about Australia's treatment of Indigenous peoples, and 2022's Resist focused on the need for bold action in protecting the environment.

The band formed in Sydney in 1971 as Farm, and originally comprised guitarists Jim Moginie and Martin Rotsey, drummer Rob Hirst, and bassist Andrew Bear James; Garrett, a law student known for his seven-foot-tall stature and shaven head, assumed vocal duties in 1975, and the group soon rechristened itself Midnight Oil. After months of sporadic gigs, they began making the rounds to area record companies; following a string of rejections, the group formed its own label, Powderworks, and issued its self-titled debut -- a taut, impassioned collection of guitar rock that quickly established the Midnight Oil sound -- in 1978.

After declaring their independence from the music industry, Midnight Oil grew increasingly active and outspoken in the political arena; after performing in opposition to uranium mining, they supported the Tibet Council before turning their attentions to the unfair practices of the local music industry, and formed their own booking agency in response to the monopoly exerted by area agents and promoters. With their 1979 sophomore effort, Head Injuries, the band scored its first hit single, "Cold Cold Change," and earned a gold record. James left the band the following year due to health problems; with new bassist Peter Gifford, they cut the EP Bird Noises, another chart success.

With 1981's Place Without a Postcard (recorded with producer Glyn Johns), Midnight Oil achieved platinum status on the strength of the smash "Armistice Day," which won the group an American deal with Columbia Records. Their follow-up, 1983's 10, 9, 8, 7, 6, 5, 4, 3, 2, 1, spent over two years in the Australian Top 40; after 1984's Red Sails in the Sunset, Garrett made a run at the Australian Senate on the Nuclear Disarmament Party ticket, losing by a narrow margin. Participation in the Artists United Against Apartheid project followed, leading directly to Midnight Oil's increased interest in the battles of Australia's indigenous population and a tour, dubbed "Black Fella White Fella," with the Warumpi Band.

The plight of Indigenous Australians fueled much of 1987's Diesel and Dust, the Oils' breakthrough record; sparked by the hit single "Beds Are Burning," the album reached the U.S. Top 20 and made the band a household name. After bassist Dwayne Bones Hillman (ex-Swingers) replaced Gifford, Midnight Oil returned with 1990's Blue Sky Mining, which they followed with a concert outside of the Exxon corporation's Manhattan offices in protest of the company's handling of the Alaskan oil spill. (A film of the performance titled Black Rain Falls was later released, with profits going to Greenpeace.) The album Earth and Sun and Moon appeared in 1993, followed three years later by Breathe.

Midnight Oil next resurfaced in 1998 with Redneck Wonderland. The Real Thing, only available in Australia, followed in 2001. It was a solid collection of new songs and live tracks from Midnight Oil's magnificent run at the Metro Theatre in Sydney. Capricornia, issued on Liquid 8 in spring 2002, marked the band's 14th album. In December, Garrett announced his split from the group after 25 years. He left Midnight Oil on good terms and decided to pursue politics full-time. In 2004, he ran for the House of Representatives on the Labor ticket. He won the Kingsford Smith seat in New South Wales and was appointed Shadow Parliamentary Secretary for Reconciliation and the Arts in 2005. In 2007, Garrett was appointed Minister for the Environment, Heritage and the Arts by Prime Minister-elect Kevin Rudd, and continued to serve in various capacities until 2013, when he chose to conclude his political career.

While Garrett served in the Australian government, the other members of Midnight Oil pursued various musical projects. The most prominent of these was Ghostwriters, a band featuring drummer Rob Hirst and guitarist Martin Rotsey. In 2009, Midnight Oil reunited with Garrett for three concerts, culminating in a charity show for Sound Relief. In 2016, a few years after Garrett retired from politics, Midnight Oil announced via their website that they were exploring a reunion in 2017. Sure enough, in April 2017, Midnight Oil embarked on what they called "The Great Circle Tour," a global trek of 77 shows culminating with a show in Sydney, Australia on November 11 -- Armistice Day. The Sydney show was recorded in audio and video, and was released on CD, DVD, and Blu-Ray in November 2018 under the title Armistice Day: Live at the Domain, Sydney. European and U.K. dates followed in 2019, with the band returning to the studios to record new material soon after. In August 2020, the group released the first fruits of their studio sessions with the single "Gadigal Land." Taking inspiration from the Uluru Statement from the Heart -- a declaration between the Australian Government and the Aboriginal and Torres Strait Islander peoples to supervise agreement making and future decisions -- their 12th studio album, The Makarrata Project, which translates roughly to "treaty" in Yolngu, was issued at the tail-end of 2020.

Little more than a week after The Makarrata Project was released, bassist and backing vocalist Bones Hillman died on November 7, 2020 after contracting cancer; he was 62 years old. In October 2021, Midnight Oil premiered the video for their song "Rising Seas," a passionate broadside on the need for global action against climate change. Its release was timed to coincide with the 2021 United Nations Climate Change Conference, and the clip also paid subtle tribute to Bones Hillman (who completed his work on the album shortly before his death), with no bassist on the stage, only his instrument sitting unused in a stand. "Rising Seas" was the opening track on Resist, an urgent set of songs focusing on environmental issues, which was released in February 2022. The album was followed by an extensive international concert tour, which the group declared would be their last, though they left the door open for recording and one-off benefit shows in support of causes they support. ~ Jason Ankeny & Mark Deming, Rovi 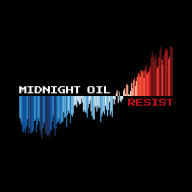 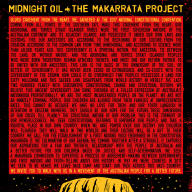 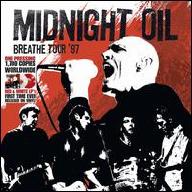 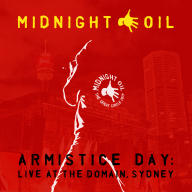 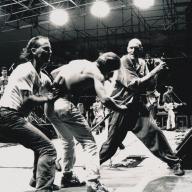 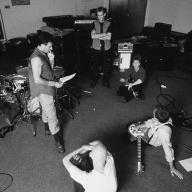 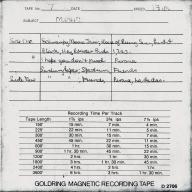 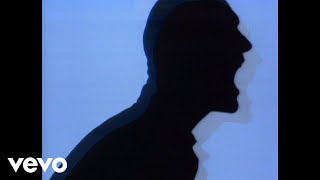 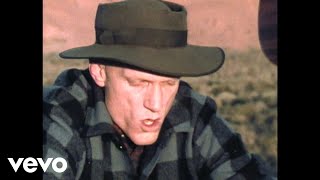 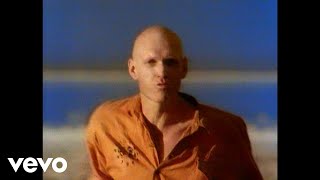 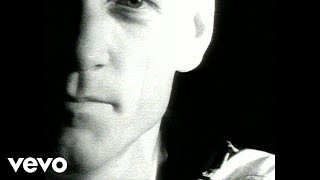 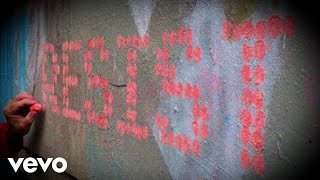 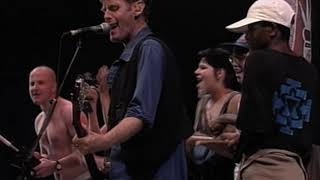 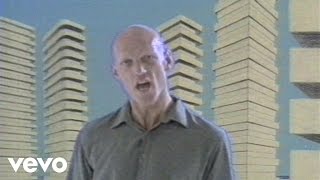