Close
John D. Loudermilk
from Durham, NC
March 31, 1934 - September 21, 2016 (age 82)
Biography
Although his music isn't exactly weird, John D. Loudermilk was one of the weirdest figures of early rock & roll. Much more famous as a songwriter than a performer (although he made plenty of records), his material was incredibly erratic. He could range from the most mindless, sappy pop to a hard-bitten, bluesy tune that rang with as much authentic grit as a Mississippi Delta blues classic. That tune was "Tobacco Road," and if he'd written nothing else, Loudermilk would have been worth a footnote in any history of popular music.

Loudermilk wrote plenty of other songs, though, in a lengthy career that saw him straddling the fields of rock, pop, and country. Originally striving to be a performer in a very mild pop/rockabilly style, he found his first success as a songwriter when George Hamilton IV took "A Rose and a Baby Ruth" into the Top Ten in 1956. Recording as Johnny Dee, Loudermilk made a few singles for the small Colonial label in North Carolina. The best and most successful of these was "Sittin' in the Balcony," which made the Top 40 in 1957. Eddie Cochran's cover, based closely on Loudermilk's version (though performed with more force and style), stole most of Johnny Dee's thunder when it outsold the original by a wide margin, making the Top 20.

Johnny Dee changed his name back to John Loudermilk when he signed with Columbia in 1958, and also decided to concentrate on songwriting when he relocated to Nashville, eventually working for Chet Atkins at RCA. Although Loudermilk had a pleasantly passable voice, his early records aren't worth much, often purveying material that was mindlessly lightweight or, worse, idiotically humorous ("Asiatic Flu"). "Tobacco Road" was a different story -- a stark, stomping tale of hard-bitten Southern poverty, it had a strong blues flavor that was virtually absent from most of his material. It took a one-shot British Invasion group, the Nashville Teens, to fully realize the song's menace in their magnificent, hard-rocking 1964 cover, which made the U.S. Top 20. The song was also covered by Lou Rawls, the Jefferson Airplane, Edgar Winter, and others.

"Tobacco Road" was far from Loudermilk's only success. In the late '50s and early '60s, he supplied material for country stars, teen idols, and pop/rock singers, including "Waterloo" (Stonewall Jackson), "Angela Jones" (Johnny Ferguson), "Ebony Eyes" (the Everly Brothers), "Norman" (Sue Thompson), and "Abilene" (George Hamilton IV). In the mid-'60s, he was briefly in vogue in Britain: the Nashville Teens did both "Tobacco Road" and "Google Eyes" (the latter of which was a hit in the U.K., though a flop stateside), and Marianne Faithfull had a British hit with the moody "This Little Bird."

Loudermilk continued to record on his own, though more as an afterthought than a specialty, reserving most of his focus for writing songs for other performers. Much of his material followed a faint-hearted, goofy pop/novelty thread, which made his somber efforts seem all the more incongruous. His last big songwriting success was another of his serious-minded tunes, "Indian Reservation," which topped the charts for Paul Revere the Raiders in 1971 (it had previously been a hit for British singer Don Fardon). Loudermilk subsequently withdrew from professional activities to spend time studying ethnomusicology. He died at his home in Christiana, Tennessee in September 2016 at the age of 82. ~ Richie Unterberger, Rovi 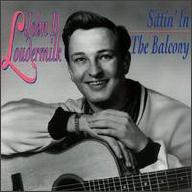 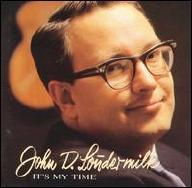 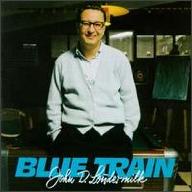 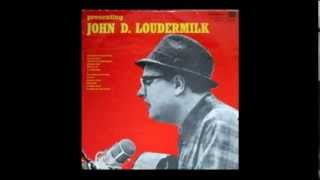 John D. Loudermilk - THEN YOU CAN TELL ME GOODBYE 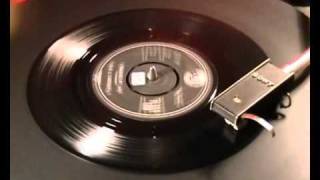 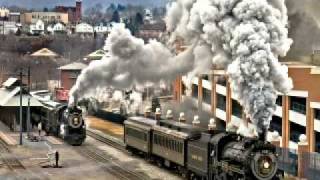 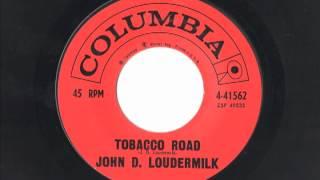 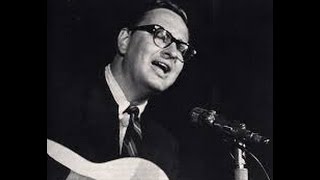 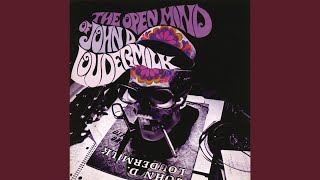 The Lament Of The Cherokee Reservation Indian 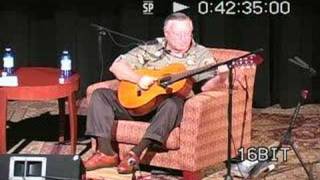