Close
David Geffen
from Brooklyn, NY
February 21, 1943 (age 79)
Biography
Though not always the most popular figure in rock music -- just ask Jerry Wexler, who called him a greedy agent, or writer Fred Goodman, who went to great lengths to pan him in a book about the music industry -- David Geffen has nevertheless been one of the most important figures in the corporate rock world of the last 30 years. He is responsible for guiding the careers of such big-name acts as Crosby, Stills, Nash and Young, Laura Nyro, Jackson Browne and the Eagles, believing in the artists when few others did. Geffen is also believed by some, however, to be the definitive figure in shaping the greed and excess of the music industry during the '70s, the shark who changed the priority from music to money. Indeed, the overinflated claim alone is indicative of the power and influence David Geffen has had on the music business.

As a boy growing up in Brooklyn, Geffen dreamed of becoming a Hollywood mogul. He avidly read the Hollywood gossip columns and spent his spare time at the local movie theaters. As a teenager, Geffen found his idol while reading a book about revered studio head Louis B. Mayer. But although the boy had his sights set on success, he was never a very good student, nor could he maintain a job. Barely passing high school, he failed out of the University of Texas and Brooklyn College before returning home and getting fired from two low-level jobs at CBS for being too aggressive. After a period of anxiety over his future, Geffen landed a job at the William Morris Talent Agency by padding his resumé with a false degree from UCLA and a nonexistent internship on The Danny Kaye Show.

At William Morris, Geffen's drive to succeed and overaggressiveness was greeted with open arms. He was the first to work every morning, reading everyone's mail before it was delivered to them and soaking up everything he could about the business. Choosing the music department -- not for any particular love of music, but rather because it seemed like the fastest track to success -- Geffen was soon the New York contact for such groups as the Buffalo Springfield. The young agent got his first break when he wrestled a young songwriter named Laura Nyro away from a fellow agent. Geffen doted on Nyro, spending excessive amounts of time and energy on the talented young performer, and when Nyro's compositions began to make their way into the hands of artists such as Frank Sinatra and the Fifth Dimension, both their fortunes took a turn for the better. Negotiating with Clive Davis at Columbia, Geffen secured a three-million-dollar deal for Nyro, becoming a successful independent agent and a millionaire at the age of 27.

Taking on a young protégé named Elliott Roberts, Geffen showed the young man the ins and outs of the business, and when Roberts began managing Joni Mitchell and Neil Young, the success spilled over onto Geffen. Around the same time that Young and Mitchell were becoming stars, Geffen was helping Atlantic Records gain the rights to a newly formed supergroup, Crosby, Stills and Nash. The group became million-sellers before they even set foot on stage and, spurred by his success, Geffen bankrolled a label to be distributed by Atlantic. Geffen's label, Asylum, capitalized on the growing movement of mellow southern California rock by signing Jackson Browne, Linda Ronstadt, Joni Mitchell and the Eagles among others.

By now, with a lucrative management partnership with Roberts and a new label, Geffen was an emerging force in the industry. In 1973, two years after Geffen sold Asylum to Warner Bros. for seven million dollars, he became head of the newly merged Elektra/Asylum label. Geffen had gained the reputation of being a tough negotiator for his acts, a real shark who would go after labels, publishers and producers. But with that business ethos also came the end of the innocence for labels and artists. Geffen muscled producer Paul Rothchild out the door once CSNY became successful; in 1975 the Eagles sued him to regain control of their publishing, from which Geffen had made millions. By now Geffen had also burned bridges with former associates like Ahmet Ertegun and Clive Davis.

Geffen retired in 1976, citing burnout and health risks, but in 1980, after four years away from the industry and a false cancer diagnosis, Geffen returned to form Geffen Records as a part of the Warner Bros. family. He paid big money to sign Elton John and Donna Summer (both artists never earned their worth and eventually left the label) and signed Neil Young (who was managed by Geffen's old friend and business partner Elliott Roberts), promising to give the eccentric singer respect and dedication. However, in a move that angered many, not just Young and Roberts, Geffen sued Young in 1983 on the grounds that the singer had failed to make "commercial" records. The move was seen as the ultimate confirmation that Geffen, though he preached about artistic freedom, cared little about his artists and was only concerned with revenue. In 1985 the case was dropped and Young returned to his old label, Warner/Reprise, where he enjoyed a creative and commercial resurgence.

In the late '80s, Geffen too emerged back on top of the industry. Though the earlier part of the decade saw giant losses, new signings such as Guns N' Roses, Aerosmith and Cher had paid big dividends, making Geffen Records a $300 million operation. In the '90s, Geffen signed Nirvana and Sonic Youth and went to the forefront of the growing alternative music marketplace. The company and its founder continue to find success. ~ Steve Kurutz, Rovi 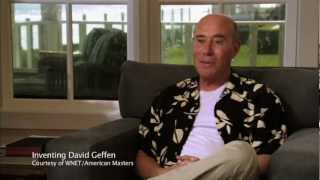 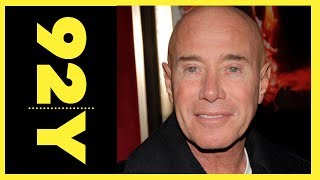 Captains of Industry: David Geffen with Stephen B. Shepard 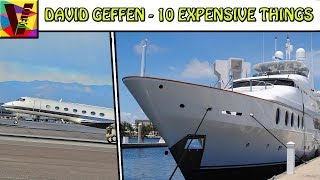 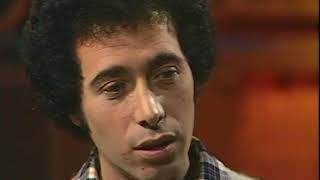 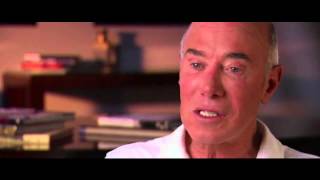 18 SECONDS SOUND OF WISDOM BY DAVID GEFFEN: IMAGINE YOURSELF 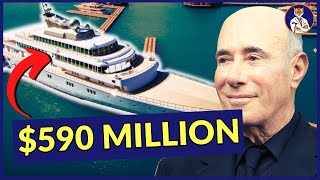 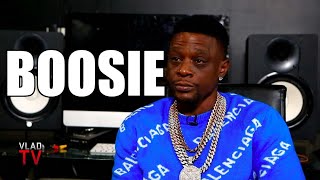