Close
Union Carbide Productions
formed January 1, 1986 - January 1, 1993 (age 7)
Biography
How about a bunch of thuggish-sounding, Stooges-inspired pounders from...Sweden? That's right, you American xenophobes, I said Sweden. In fact, I can think of few bands who employed the Stooges primal riff-thud'n'noise better than UCP. Fueled by the rampaging guitars of Patrick Caganis and Bjorn Olsson, and the half-octave, node-encrusted vocal growl (and did this son of a bitch growl!) of Ebbot Lundberg, UCP roared out of the blocks with an awesome debut record entitled In the Air Tonight which, despite its title, has nothing to do with the Phil Collins hit single of the same name. Sounding as if they worshipped at the altar of the first two Stooges records (with a little bit of the MC5's Kick Out the Jams tossed in for good measure), In the Air Tonight is not slavishly imitative, but is rather indicative of what UCP were all about early in their career: riff-heavy sonic overload, with occasional free-jazz blurting (Lundberg and Olsson both played sax) and walls of feedback. It was a huge-sounding recording, brutal, violent, its assaultive power leaving you breathless after the closing 11-plus-minute bashfest "Down On the Beach." In fact, In the Air Tonight could well be one of the great pre-alternative nation, proto-grunge records ever made. Certainly every fan of early-'70s Detroit rock should own one.

The follow-up, Financially Dissatisfied, Philosophically Trying (the title coming from a an interview crack made by Mick Jagger in the '60s) was less intense (more intense would have been unimaginable), but was still a rip-snorter, with Caganis' guitar sounding especially manic and exciting. At this point, UCP were the hip band of the Forced Exposure crowd, and it wasn't long before surly smartass Steve Albini was slated to produce them. The result, Swing, was merely okay, and a significant dropoff from the full-bore mania of In the Air Tonight. Too bad, since for a while, this exciting bunch of Scandinavians had the rock world by the collective throat and were squeezing, hard. Olsson began releasing solo albums in 1999; both Lundberg and Olsson later played together in the group Soundtrack of Our Lives. A Union Carbide compilation, Remastered to Be Recycled, was released in Europe late in 2004 and made its way to the U.S. the following year. ~ John Dougan, Rovi 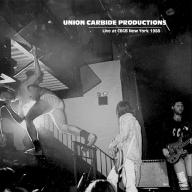 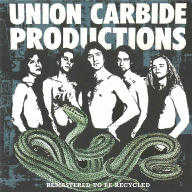 Remastered To Be Recycled
2004 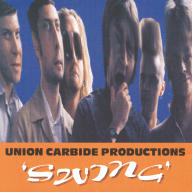 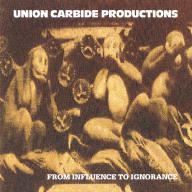 From Influence To Ignorance
1991 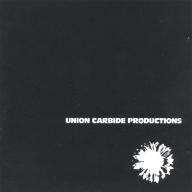 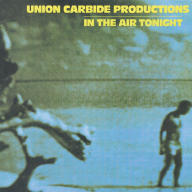 In The Air Tonight
1987
Videos
Close 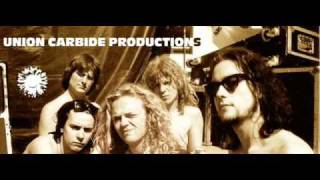 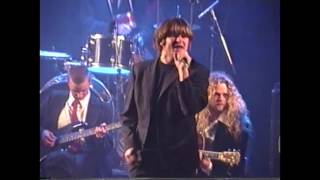 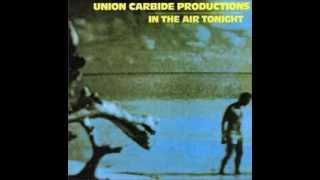 Union Carbide Productions - Down On The Beach 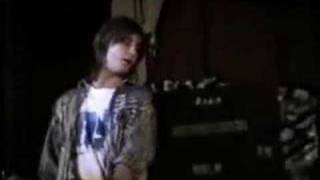 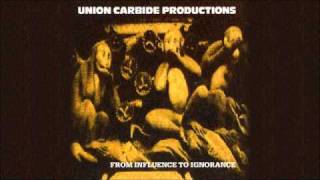 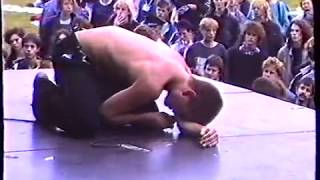 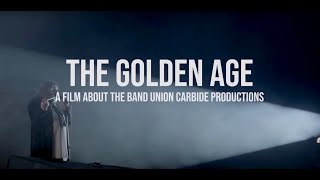