Close
Gram Parsons
from Winter Haven, FL
November 5, 1946 - September 19, 1973 (age 26)
Biography
Gram Parsons is the father of country-rock. With the International Submarine Band, the Byrds, and the Flying Burrito Brothers, the songwriter pioneered the concept of a rock band playing country music, and as a solo artist he moved even further into the country realm, blending the two genres to the point that they became indistinguishable from each other. While he was alive, Parsons was a cult figure that never sold many records but influenced countless fellow musicians, from the Rolling Stones to the Byrds. In the years since his death, his stature has only grown, as numerous rock and country artists build on his small, but enormously influential, body of work.

Gram Parsons was born Cecil Ingram Connor on November 5, 1946. He was the grandson of John Snivley, who owned roughly one-third of all the citrus fields in Florida, and the son of Coon Dog Connor, an Air Force veteran who owned a box-making factory in Waycross, Georgia. As a child, Parsons learned how to play the piano at the age of nine, the same year he saw Elvis Presley perform at his school; following the seminal performance, Parsons decided to become a musician. When he was 12, Parsons' father committed suicide, and the family moved in with Parsons' grandparents in Winter Haven, FL. A year after the move, his mother married Robert Parsons; Gram was then adopted by his stepfather, and the child legally changed his name to Gram Parsons.

At the age of 14, Parsons began playing in the local rock roll band the Pacers, which evolved into the Legends. During its time together, the Legends featured Jim Stafford and Kent Lavoie, who would later come to fame under the name Lobo. In 1963, Parsons formed a folk group called the Shilos who performed throughout Florida and cut several demos. He graduated from high school two years later; on the same day he graduated, however, his mother died of alcohol poisoning.

Following his graduation, Gram Parsons enrolled at Harvard to study theology. He only spent one semester at Harvard, during which time he devoted more energy to playing music than attending classes. Meanwhile, he also formed the International Submarine Band with guitarist John Nuese, bassist Ian Dunlop and drummer Mickey Gauvin. After he dropped out of college, Parsons moved to New York City with the International Submarine Band in 1966. The group spent a year in New York, developing a heavily country-influenced rock roll sound and cutting two unsuccessful singles for Columbia Records. The band then relocated to Los Angeles in 1967, where they secured a record contract with Lee Hazlewood's LHI record label. Their debut album, Safe at Home, was released in early 1968, but by the time it appeared in stores, the International Submarine Band had already disbanded.

Around the time the International Submarine Band dissolved, Parsons met Chris Hillman, the bassist for the Byrds. At that time, the Byrds were rebuilding their lineup and Hillman recommended to the band's leader, Roger McGuinn, that Parsons join the ranks. By the spring of 1968, Parsons had become a member of the Byrds and was largely responsible for the group's shift towards country music with the album Sweetheart of the Rodeo. The album was originally planned to feature Parsons' lead vocals, but as he was still contractually obligated to LHI, his voice had to be stripped from the final product.

Gram Parsons only spent a few months with the Byrds, leaving the band in the fall of 1968 because he refused to accompany them on a tour of South Africa, allegedly because he opposed apartheid. Chris Hillman left the band shortly after him, and the duo formed the Flying Burrito Brothers in late 1968. Parsons and Hillman enlisted pedal steel guitarist Sneaky Pete Kleinow and bassist Chris Ethridge to complete the band's lineup, and the group and recorded a debut album with a series of session drummers. The Gilded Palace of Sin, the Flying Burrito Brothers' debut album, was released in 1969. Although the album only sold a few thousand copies, the group gathered a dedicated cult following that was mainly composed of musicians, including the Rolling Stones. In fact, by the time the album was released, Parsons had begun hanging around the Rolling Stones frequently, becoming close friends with Keith Richards. Parsons had experimented with drugs and alcohol before he met Richards, but in 1969 he dove deep into substance abuse, which he supported with his sizable trust fund.

Parsons recorded a second album with the Flying Burrito Brothers, but by the time the record -- titled Burrito Deluxe -- appeared in the spring of 1970, he had already left the band. Shortly after his departure, he recorded a handful of songs with producer Terry Melcher but failed to complete the album. Following those sessions, Parsons entered a holding pattern in which he acted the role of a rock star instead of actually playing music. He spent much of his time either hanging out with the Stones or ingesting large amounts of drugs and alcohol; frequently, he did a combination of the two. In 1971, Parsons toured with the Rolling Stones in England and attended the recording of the band's Exile on Main Street, and it appeared that he would sign with the band's record label. Instead, he headed back to Los Angeles late in 1971, spending the rest of the year and the first half of 1972 writing material for an impending solo album. He met Emmylou Harris through Chris Hillman, and Parsons asked her to join his backing band; she accepted.

By the summer of 1972, he was prepared to enter the studio to record his first solo album. Parsons had assembled a band -- which included Harris, guitarist James Burton, bassist Rick Grech, Barry Tashian, Glen D. Hardin, and Ronnie Tutt -- and had asked Merle Haggard to produce the album. After meeting Parsons, however, Haggard turned the offer down, and Parsons chose Haggard's engineer, Hugh Davis, as the album's producer instead. The resulting album, G.P., was released late in 1972 to good reviews but poor sales.

Following the release of G.P., Parsons embarked on a small tour with his backing band, the Fallen Angels. After the tour was completed, they entered the studio to record his second album, Grievous Angel. The album was finished toward the end of the summer, and Parsons celebrated its completion by taking a vacation near the Joshua Tree National Monument in California. He spent most of his time there consuming drugs and alcohol. On September 19, 1973, he overdosed on morphine and tequila; although rushed to the Yucca Valley Hospital, he was pronounced dead on arrival. According to the funeral plans, his body was to be flown back to New Orleans for a burial. However, Parsons' road manager stole the body after the funeral and carried it back out to the Joshua Tree desert, where he cremated the body using gasoline. Phil Kaufman later revealed that the cremation had been Parsons' wish, and although he could not be convicted for stealing the body, he was arrested for stealing and burning the coffin.

In the two decades following Gram Parsons' death, his legacy continued to grow, as both country and rock musicians built on the music he left behind. Musicians such as Emmylou Harris and Elvis Costello covered his songs, and his influence could still be heard well into the next millennium. ~ Stephen Thomas Erlewine, Rovi 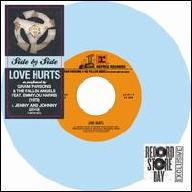 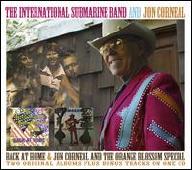 Back At Home & Jon Corneal and the Orange Blossom Special
2011 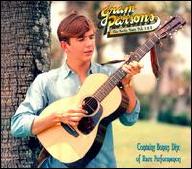 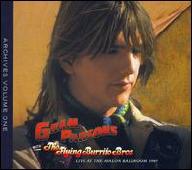 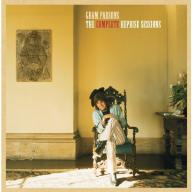 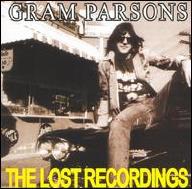 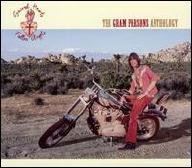 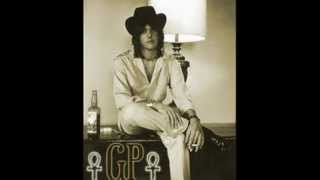 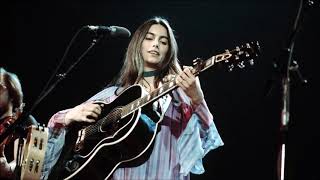 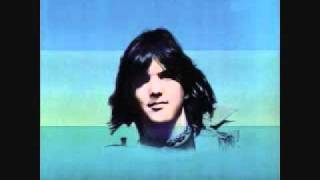 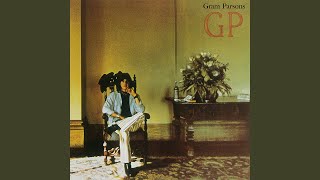 A Song for You (Remastered Version) 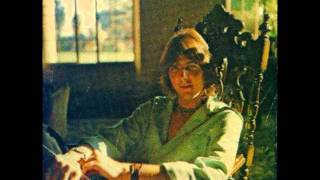 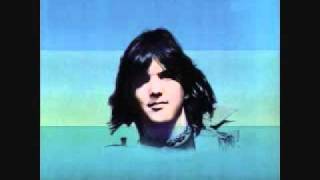 Gram Parsons - In My Hour Of Darkness 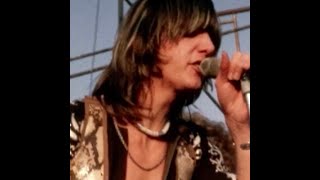