Close
The Crickets
from Lubbock, TX
formed February 1, 1957 (age 65)
Biography
The Crickets were a group with two careers, one that lasted less than a year-and-a-half, and another that continued for decades. Originally formed by singer and guitarist Buddy Holly, drummer Jerry Allison, and bassist Joe B. Mauldin, the Crickets went from being Holly's backing musicians to a self-contained band when they re-recorded a song that Holly had already cut under his own name to avoid violating an earlier contract. The Crickets went on to a successful run of hits with Holly -- including "Maybe Baby," "Not Fade Away," and "That'll Be the Day" -- until his death in 1959. After that, the Crickets, joined by guitarist Sonny Curtis, went on to a long run recording on their own as well as backing other artists, most notably Bobby Vee and the Everly Brothers. Their first post-Holly album, In Style with the Crickets, included the original version of Curtis' song "I Fought the Law," but by the mid-'70s, they had walked away from recording and primarily performed live, especially after the 1978 film The Buddy Holly Story revived interest in their former frontman. The Crickets came back in 1988 with T Shirt, which was produced in part by longtime fan Paul McCartney, and 2004's The Crickets Their Buddies found them covering their classics with help from Eric Clapton, Waylon Jennings, John Prine, Graham Nash, and many more.

The Crickets started out as a ruse. In 1956, Buddy Holly signed a contract with Decca Records, but after two sessions in Nashville, no one was happy with the results, and Holly and Decca parted ways. After finding a more sympathetic producer in Norman Petty, Holly, Jerry Allison, and Joe B. Mauldin decamped to Petty's studio in Clovis, New Mexico, and, among other things, cut a new version of one of Holly's Decca efforts, "That'll Be the Day." Coral Records was interested in Holly's Clovis recordings, but the terms of the Decca contract meant he couldn't re-record "That'll Be the Day" under his own name, so the new version was credited to the Crickets. The Crickets' "That'll Be the Day" became a Number One hit in 1957, and for the next 15 months, there were records by the Crickets and records by Buddy Holly -- which were virtually interchangeable -- and on-stage they were billed as Buddy Holly the Crickets. By the end of 1958, however, the references to "Buddy Holly the Crickets" were becoming valid in the worst possible way. Holly's shifting and expanding musical interests, coupled with his move to New York and marriage to Maria Elena Santiago, and the differing relationships that the three had with Petty, who was now their manager, led to a split between Holly and his bandmates in the months immediately prior to Holly's death in a plane crash on February 3, 1959.

The result of their split was a separate existence for the Crickets. Jerry Allison became the de facto leader of the group, and they were soon a quartet, with Sonny Curtis on guitar and Earl Sinks as lead singer. In 1959, still managed and produced by Norman Petty, they recorded "Love's Made a Fool of You" backed with "Someone, Someone," which failed to chart. Their next serious assault on the charts -- a version of Curtis' "I Fought the Law" cut for Coral Records -- vanished without a trace in 1959, and their rendition of "More Than I Can Say" also failed to find an audience for them, though it did wonders for Bobby Vee (and, by extension, for Curtis as its composer). They recorded a handful of singles for Coral Records, and later signed to Liberty Records with Jerry Naylor in the lead singer spot (sometimes switching off with Curtis), in addition to recording with Buddy Holly soundalike Bobby Vee.

The group recorded for Liberty for four years, from 1961 through 1965, even doing their versions of several Beatles songs, but apart from a pair of minor hits, "My Little Girl" and "Please Don't Ever Change," were unable to generate any enthusiasm. One of Naylor's successors, David Box, died in a plane crash in 1964. They did find some lingering success in England, where they headlined shows as well as serving as a backing band for the Everly Brothers, and the group even managed to appear in two jukebox movies on either side of the Atlantic, Just for Fun (1963) in England (doing "My Little Girl" and "Teardrops Feel Like Rain") and The Girls on the Beach (1965) in America (doing "La Bamba"). By the end of the '60s, Mauldin had left music while Allison was singing lead; he and Curtis were also working as session musicians, and Curtis scored a huge success at the dawn of the '70s as the composer of "Love Is All Around," the theme song for The Mary Tyler Moore Show.

Allison and Curtis were the core of the group in the early '70s, mostly working as a touring act rather than a recording outfit, though new records did appear on various labels, including Mercury and MCA. In the wake of the revival of interest in Holly's music at the end of the '70s, thanks in part to the 1978 movie The Buddy Holly Story, the Crickets re-formed on a steady basis, with Joe B. Mauldin returning to the lineup after more than a decade out of music. In 1986, Curtis left the fold to re-establish himself as a solo performer, and was replaced by Gordon Payne on vocals. In 1988, they recorded the single "T-Shirt," produced by noted fan Paul McCartney, which became a minor hit and led to the release of an LP of the same name from Epic Records. The British label Carlton Records issued Too Much Monday Morning in 1996, which included guest vocals from Texas country-folk artist Nanci Griffith. In 2004, the Crickets released The Crickets their Buddies, in which they re-recorded a number of their Holly-era hits with notable guest stars, among them Eric Clapton, John Prine, Rodney Crowell, Graham Nash, Bobby Vee, and Waylon Jennings (whose contribution was recorded shortly before his death). After the death of Joe B. Mauldin in 2015 and the advancing age of the other Crickets, the band faded away from both recording and live work, but a steady flow of archival reissues and the group's induction into the Rock & Roll Hall of Fame in 2012 kept their music and memory alive. In 2018, the British Not Now label issued The Crickets Story, which collected the group's complete recordings from 1957 to 1962. ~ Bruce Eder & Mark Deming, Rovi 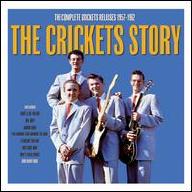 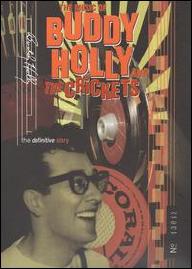 The Music of Buddy Holly & the Crickets: The Definitive Story
2005 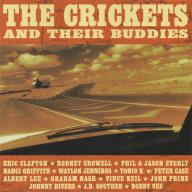 The Crickets and Their Buddies
2004
Videos
Close 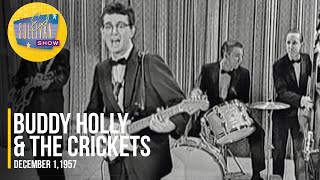 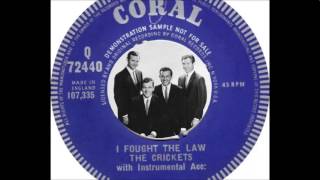 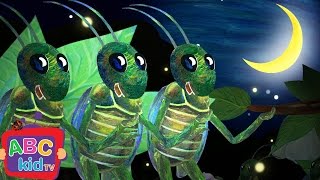 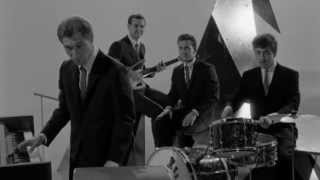 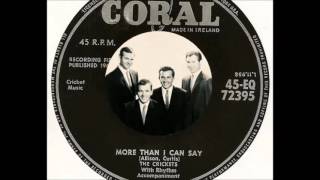 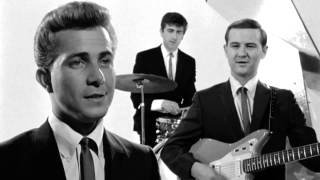 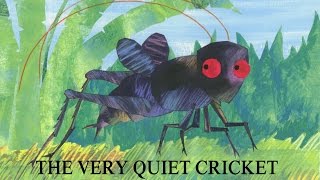