Close
Kenny Nolan
Biography
Born and raised in Los Angeles, Kenny Nolan established himself as one of the key songwriters on the mid-'70s disco scene both at home and abroad, penning some of the most memorable hits of the era, often in tandem with writing partner Bob Crewe.

His promise was apparent from his teenage years -- at the age of 13 he won a scholarship to USC for composition, but dropped out after five or six months, bored with the conventional regime. Four years later, a scholarship to Chiounard went the same way, and Nolan decided to make on his own, simply sending songs in to any artist he thought might be suitable. It was a scattershot method, but it brought him to the attention of both veteran songwriter Crewe and entrepreneur Wes Farrell, both of whom were quick to harness the youngster's prodigious talents.

As house producer at Farrell's Chelsea label, Nolan wrote and/or produced a string of successful singles for the label, including Jim Gilstrap's Swing Your Daddy and Take Your Daddy for a Ride, Dee Clark's Ride a White Horse, and Linda Carr's High Wire. With Crewe, meanwhile, he penned some of the era's finest -- Disco Tex's Get Dancing, LaBelle's Lady Marmalade, and Frankie Valli's My Eyes Adored You.

But as comfortable as he was behind the pen, Nolan also had strong ambitions to perform -- it was he who supplied the falsetto that dominates Get Dancing -- and, after a short tenure with Firefly, he moved onto the studio group the Eleventh Hour. Produced, of course, by Crewe, the band scored two minor hits in the U.S. with So Good in 1974, Hollywood Hot, the following year, and the minor hit album Hollywood Hot in 1976.

In 1976, Nolan decided to record his own version of a song he'd been commissioned to write by another artist, but which had lain untouched since then. I Like Dreaming was released by the Eleventh Hour's label, 20th Century, but did little for some six months. Slowly, however, airplay began to pick up -- DJs in Louisiana were apparently very fond of it -- and, in early November, it finally entered the U.S. chart, to begin a slow, three-month crawl to its peak at number three.

Nolan followed it the following spring with the Top 20 hit Love's Grown Deep, taken from his self-titled album, and was named Number One New Pop Singles Artist of 1977 by Billboard magazine. My Eyes Get Blurry followed, priming the stage for Nolan's next album, 1978's A Song Between Us. Night Miracles followed two years later, bringing a new single, Us and Love (We Go Together), to the mid-reaches of the chart in early 1980, but failing to give Nolan any further, major success. He continued to record, however, signing to MCA and releasing Head to Toe in 1982. That album spun off two singles, Love Song and Soft Rock Hard Love, but commercial success was not to be and the album quickly faded from sight.

Since that time, Nolan has returned to songwriting, authoring a lengthy catalog for a variety of soul and quiet storm artists. ~ Amy Hanson, Rovi 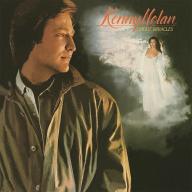 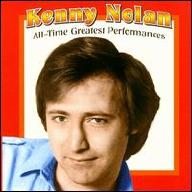 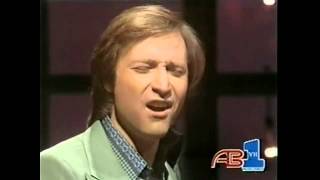 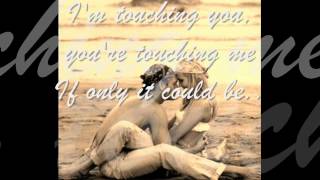 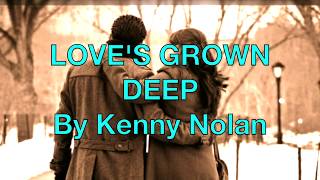 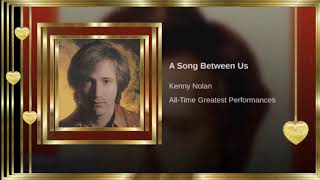 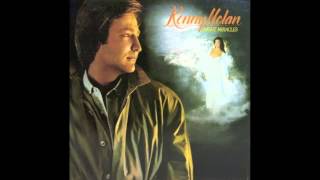 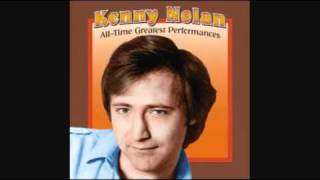 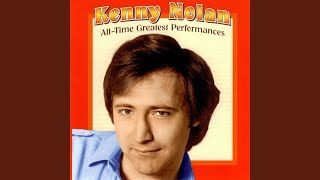