Close
Papa Charlie Jackson
from New Orleans, LA
November 10, 1887 - May 7, 1938 (age 50)
Biography
Papa Charlie Jackson was the first bluesman to record, beginning in 1924 with the Paramount label, playing a hybrid banjo-guitar (six strings tuned like a guitar but with a banjo body that gave it a lighter resonance) and ukulele. And apart from his records and their recording dates, little else is known for sure about this pioneering blues performer, other than his probable city of birth, New Orleans; even his death in Chicago during 1938 is more probable than established fact.

Jackson spent his teen years as a singer/performer in minstrel and medicine shows, picking up a repertory of bawdy but entertaining songs that would serve him well for decades. He is known to have busked around Chicago in the early '20s, playing for tips on Maxwell Street, as well as the city's Westside clubs beginning in 1924. In August of that year, Jackson made his first record, Papa's Lawdy Lawdy Blues and 'Airy Man Blues, for a Paramount label. He followed this up a month later with Salt Lake City Blues and Salty Dog Blues, which became one of his signature tunes; he later re-recorded this number as a member of Freddie Keppard's Jazz Cardinals, also for the Paramount label, a common practice in those days as the notion of contracts and exclusivity was almost unknown in blues recording. Jackson made his first duet records in 1925, Mister Man, Parts 1 and 2, with singer Ida Cox, again for Paramount, and later cut duets with Ma Rainey and future Oscar-winning actress Hattie McDaniel.

He was already regarded as one of the Paramount label's more successful recording artists, and all but a handful of his recordings were done for Paramount over the next decade. Jackson had a wide diversity of material and voices in which he recorded: Good Doing Papa Blues and Jungle Man Blues presented Jackson as a ladies' man in playful settings; while Ma and Pa Poorhouse Blues, cut in a duet with Ma Rainey, was a far more serious song, dealing with poverty and its attendant miseries. Don't Break Down, by contrast, was a seductive love song with pop elements, while Baby Please Loan Me Your Heart -- with its exquisite banjo strumming -- is a sweetly romantic piece that could've come out of vaudeville. Whether he was strumming or finger-picking, his music was always of interest for its structure, content, and execution.

Jackson reached a musical peak of sorts in September of 1929 when he got to record with his longtime idol, Blind (Arthur) Blake, often known as the king of ragtime guitar during this period. Papa Charlie and Blind Blake Talk About It parts one and two are among the most unusual sides of the late '20s, containing elements of blues jam session, hokum recording, and ragtime, with enough humor to make it the 1920s rival of tracks such as Bo Diddley's Say Man as well. More is the pity that better sources haven't survived for both sides, but what is here is beyond price; there may not be a dozen guitar records in any genre that are more important or more fascinating.

Jackson switched to guitar on some of his late-'20s recordings, and occasionally played the ukulele as well, although he was back to using the five-string hybrid in 1934, when he cut his final sessions. For reasons that nobody has ever established, he parted company with Paramount after 1930, and never recorded for the label again, even though Paramount lasted another two years before going under amid the hardships of the Great Depression. His last sides for the label, You Got That Wrong and Self Experience, were highly personal songs dealing with romance and an apparent brush with the law, after which he disappeared from recording for four years. Jackson continued performing, however, and he returned to the recording studio again in November of 1934 for sessions on the Okeh label, including three songs cut with his friend Big Bill Broonzy, which were never issued. Jackson was an important influence on Broonzy, who outlived his mentor by 20 years.

Papa Charlie Jackson remains a shadowy figure, considered a highly influential figure in the blues, though not quite a major blues figure, apart from the fact that he was the first male singer/guitarist who played the blues to get to record. His recordings are all eminently listenable, although most are not blues, but fall into such related areas as ragtime and hokum. ~ Bruce Eder, Rovi 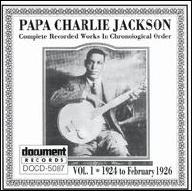 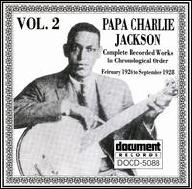 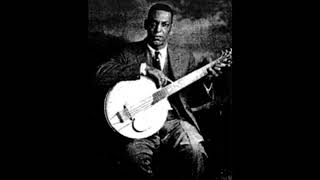 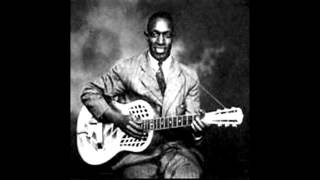 All I Want Is A Spoonful - Papa Charlie Jackson 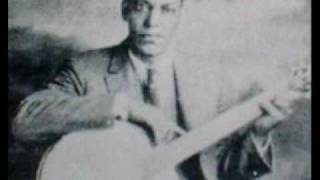 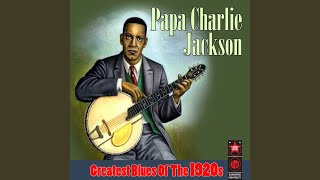