Close
W.C. Fields
from Darby, PA
January 29, 1880 - December 25, 1946 (age 66)
Biography
No comedian upset the conventions of his day and paved the way for the comedy of the future more than W.C. Fields. In a time when all comedians would do their show biz best to ingratiate themselves with their audience, Fields created a public persona in firm keeping with his own personal outlook that stood all such performing niceties on their collective ear. He absolutely detested marriage, singing, children, mother-in-laws, dogs, sentiment of any kind (especially when attached to commercial holidays like Christmas), and was highly suspicious of society in general. He was mean, he was jealous, he was selfish, and all of this invective was firmly couched in Fields' best-known trait -- both on-stage and off -- as an inveterate drinker of legendary proportions. There was nothing funny about him if you were looking for a jolly-spirited comedian who just told jokes or did pratfalls. Fields was a mean-spirited, irascible old crab who didn't really seem to give a damm whether or not his audience ever "got" what he was doing, and indeed, the man derived great pleasure every time he thought he was putting something over, whether it was on a director, movie studio hierarchy, radio executive, or the poor, unsuspecting sap on the street.

But Fields didn't just champion aberrant behavior, he reveled in it. If one honestly wanted his opinion concerning ethics, one only needed to check the name of one of his movie characters, Larson E. (read: larceny) Whipsnade. Fields not only mirrored the foibles of the poor man being persecuted by society, but his abusive childhood fueled every fiber of his comedic sensibility. His paranoia was rampant and it would not be too much of a projection to say that Fields was doing "therapy comedy" -- exorcising his private demons in public -- decades before Lenny Bruce ever thought of unloading his head in front of an audience. There would be no acid-tongued standups existing today if W.C. Fields hadn't knocked down the walls of what was considered "proper" comedy many decades ago. He was a comedic walking enigma, seemingly impossible to unravel. Gene Buck, an assistant to the great Ziegfeld, perhaps summed it up best: "He was amazing and unique, the strangest guy I ever knew in my lifetime. He was all by himself. Nobody could be like him and a great many tried. He was so damn different, original and talented. He never was a happy guy. He couldn't be, but what color and daring in this game of life. He made up a lot of new rules 40 years ago about everything: conduct, people, morals, entertainment, friendship, gals, pals, fate and happiness, and he had the courage to ignore old rules. When I first met him he had taken a terrible kicking around in life, and he was tough, bitter, and cynical in an odd, humorous way. His gifts and talent were born in him, I think. Some guys learn through experience and practice being comics. Not Bill. God made him funny."

Although Fields would give out various accounts of his family history -- each one varying wildly with each fanciful retelling as the years went on -- his father was an Englishman named James Dukinfield, a cockney raised in London who had emigrated to America in the late 1870s, settling in the Germantown district of Philadelphia. He married a neighbor's daughter, Kate Felton, and their first child was christened William Claude Dukinfield, who would later change it to W.C. Fields for obvious professional reasons. Both of Fields' parents were dirt-poor, and the only family recreation consisted of listening to the elder Dukinfield singing sentimental and religious songs after he had put away a few beers. A few beers too many and Fields was on the receiving end of several of his father's well-placed backhands. At the tender age of four, this instilled in the youngster an absolute hatred of all music -- singing in particular -- a demon that would haunt him to the end of his days. His mother's main contribution to Fields' comedic makeup came from her standing in the family doorway and talking to the neighbors passing by. After the customary greetings and salutations, Mrs. Dukinfield would mutter nasty asides about them to her children, then cruelly mimic them once they were out of earshot. The sarcastic irony of all this was not lost on young Claude (as his family called him much to his consternation, as he preferred his childhood nickname of "Whitey"), who would make deprecating mutterings a basic part of his comedy arsenal to the end.

By all accounts, the young Fields was stubborn, sensitive, aggressive, and possessed amazing muscular strength. His schooling was brief, but Fields read copiously, later memorizing entire novels by Charles Dickens in his adult years. W.C.'s father put him to work immediately, helping him work the vegetable cart that the elder Dukinfield called a family business. At the age of nine, he snuck into a vaudeville house and was enthralled by a juggling act on the bill. His early attempts at it using fruit off his father's cart were less than successful, and by the time he ruined $40 worth of fruit, the elder Dukinfield's patience was pushed to the limit. When his father hit him on the head with a shovel shortly after his 11th birthday, Fields left home never to return.

On his own and sleeping in ditches with only his wits to keep him alive, W.C. spent the majority of his childhood committing every petty crime and misdemeanor that the laws of Philadelphia had on their books. By his 14th birthday, he secured work as a juggler at an amusement park in Norristown, PA. He quickly found that while everyone appreciated juggling, his juggling had to be different and infusing it with comedy was the answer. By the end of his teenage years, Fields was not only an accomplished comedy juggler, but an in-demand act on the vaudeville circuit. Developing a devastating pool hall routine that involved him using an incredibly crooked pool cue, he made his first film appearance -- complete with fake toothbrush moustache -- in 1915 in a one-reel silent comedy entitled #Pool Sharks.

It was routines like this and his equally famous golf routine that secured Fields his first big break with Florence Ziegfeld's famous Ziegfeld Follies. The great showman and his newest comedy star were at odds almost from the start. Ziegfeld had no use for comedians, no matter how good they were, feeling that they were merely on-stage filler so his beautiful girls could make their necessary costume changes for the next set piece. Of course, Fields saw it differently, taking the intrusions of scene-stealing comics like Ed Wynn (whom he coldcocked with a pool cue one night on-stage in Boston for incessantly mugging) or a beautiful model in a fur coat during his act as a personal affront, an attempt to undermine his success. Fields was a star, having knocked out audiences with his performances in the 1924 musical +Poppy (which he later would reprise with great success on the screen), and this sort of behavior would get a lesser fired by the Great One on the spot.

But the harder Ziegfeld tried to get Fields to mainstream his solo turns into the fabric of the show, the more irascible and recalcitrant he became. When W.C. Fields moved on to the brighter pastures of Hollywood and motion pictures, Ziggy must have been more than a little relieved. Although he would make another silent appearance for D.W. Griffith in his 1924 feature #Janice Meredith, the coming of sound found him making several excellent short comedies for RKO and Mack Sennett. Released in the early '30s, the reaction from film exhibitors and audiences alike to these two-reelers was universally bad. Fields' characters in #The Golf Specialist, #The Dentist, #The Pharmacist, #The Barber Shop, and his true classic for Sennett, #That Fatal Glass of Beer, are without any redeeming qualities, every last one of them a cranky old bastard, persecuted by family and society at every conceivable turn. Audiences back then, used to a kinder and gentler type of comedy where the "little guy" hero always triumphed in the clinches, found this brand of comedy repugnant in the extreme. Today, of course, the pendulum has swung mightily in the exact opposite direction, and these are revered as some of the finest short comedies ever made, almost perverse in their lack of structure and the obvious glee taken in presenting the American family as an extremely dysfunctional one in many of them. But never again would Fields have the freedom onscreen that he had at the Sennett studios. His feature work for the major studios would include an excellent turn as Micawber in MGM's version of -David Copperfield, but mostly W.C. wrote his own ticket, writing or ad libbing his own dialogue and scenes, in such films as #Million Dollar Legs, #International House with Burns Allen, #Tillie and Gus, and #My Little Chickadee, with Mae West.

He would also contribute whole screenplays under one of his many pen names, including #The Bank Dick (Mahatma Kane Jeeves), #You Can't Cheat an Honest Man (Charles Bogle), and his final film appearance, #Never Give a Sucker an Even Break, the screenplay of which he penned under the pseudonym of Otis Criblecoblis. As one studio executive put it, "Bill only had one story. It wasn't a story at all, really -- there was just an ugly old man, an ugly old woman, and a brat of a child. His main purpose seemed to be to break as many rules as possible and cause the maximum amount of trouble for everybody." When told by Universal studio executives that his proposed title of #Never Give a Sucker an Even Break was too long to fit onto any marquee known to exist, Fields' counter proposal was to simply shorten the whole thing down to "W.C. Fields -- Sucker."

The character of Fields, the curmudgeon simmering in 100 proof alcohol, was solidly ingrained in the public's consciousness by the time he started making what would become his final appearances on radio. He made several guest shots on a number of top-rated shows, the most successful of which was a long-running turn on the Chase and Sanborn show with Edgar Bergen and Charlie McCarthy. By now he was a very sick man, his once invincible constitution in the throes of delirium tremens brought on by the ravages of alcoholism. But Fields could still deliver the well-turned phrase as well as ever and his long-running feud with Charlie McCarthy delighted radio listeners to the end.

That end would come soon enough, as America's most famous misanthrope passed away on Christmas Day 1946. On the night of his death, his closest friends gathered at Chase's restaurant for a wake. Talking about why they liked him well into the morning, they put it into words and phoned it into the Hollywood Reporter, where it ran as a full-page ad two days later: "The most prejudiced and honest and beloved figure of our so-called 'colony' went away on a day that he pretended to abhor -- 'Christmas.' We loved him, and -- peculiarly enough -- he loved us. To the most authentic humorist since, to the greatest heart that has beaten since the middle ages -- W.C. Fields, our friend." ~ Cub Koda, Rovi

WC Fields: Never Give a Sucker an Even Break
2014

The Original Voice Tracks from His Greatest Movies
2014
Videos
Close 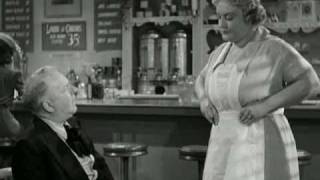 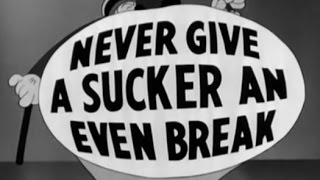 W.C. Fields - Never Give a Sucker an Even Break 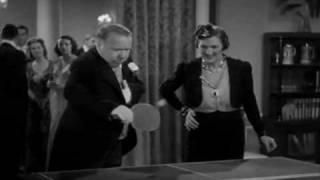 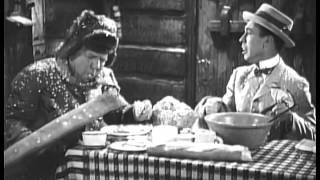