Close
Gilbert Bécaud
from Toulon, France
October 24, 1927 - December 18, 2001 (age 74)
Biography
Known as "Monsieur 100,000 Volts" for his dynamic stage presence, Gilbert Bécaud was one of France's most popular singers during the 1950s and '60s, and enjoyed a career of more than four decades in show business. Bécaud is best known for his 1961 smash Et Maintenant, which became a pop standard in the English-speaking world after it was translated as What Now My Love. He was also an occasional film actor, a highly successful songwriter with over 150 credits, and an ambitious composer who completed a Christmas cantata, an opera, and a Broadway stage musical. But his primary impact came as a singer. In an era when cabaret vocalists remained largely stationary on-stage, Bécaud's energetic showmanship drove his audiences into a frenzy, as they strove to match his boundless enthusiasm. He became a regular presence at Paris' legendary Olympia concert theater, where he performed over 30 times -- more than any other artist. A notoriously heavy smoker, Bécaud succumbed to lung cancer in 2001, but kept performing almost right up to the end.

Bécaud was born François Gilbert Léopold Silly on October 24, 1927, in the Mediterranean port city of Toulon, France. He developed quickly as a pianist, and by age nine, he was already studying at the Conservatoire de Nice. His education was interrupted by World War II, and he left school in 1942 to join his family in Albertville and work for the French Resistance movement. After the war, the family settled in Paris, and the 20-year-old François began playing piano in cabarets and nightclubs. Around the same time, he also started composing music for films under the name François Bécaud, and also met songwriter Maurice Vidalin, who sparked his interest in writing pop songs in the traditional chanson style. In 1948, Bécaud started penning material for singer Marie Bizet; through her, he met songwriter Pierre Delanoé, who would join Bécaud and Vidalin to forge a highly successful creative partnership.

In 1950, Bécaud took a job as touring pianist for singer Jacques Pills, another connection made through Bizet. While on tour in America, the two met legendary singer Edith Piaf, and wrote her a hit song, Je T'Ai Dans la Peau. Pills and Piaf married, and Bécaud served as Piaf's accompanist and manager for a short time. In 1952, he changed his stage name to Gilbert Bécaud, made his performing debut as a singer, got married, and made important songwriting connections with Louis Amade and the young Charles Aznavour. Thanks in part to Piaf's advocacy, Bécaud got the chance to record as a singer, and cut his first two singles -- Mes Mains and Les Croix -- in 1953; the songs were written by Delanoé and Amade, respectively, and helped establish Bécaud as an up-and-coming talent. In early 1954, Bécaud made his first appearance at the Olympia concert hall, serving as a supporting act on the night of its reopening. He returned as a headliner in February 1955 and delivered an exciting, star-making performance at which the teenage crowd went wild and started ripping the seats out of the theater. The stir captured the imagination of the French press, who nicknamed Bécaud "Monsieur 100,000 Volts"; all the publicity effectively catapulted him into the front rank of French singers.

Bécaud scored numerous hits over the remainder of the '50s, including La Corrida (1956), Les Marchés de Provence (1957), Le Jour où la Pluie Viendra (1957; written with Delanoé), and C'est Merveilleux l'Amour (1958), among others. Additionally, Le Jour où la Pluie Viendra was adapted into The Day the Rains Came, and recorded for a chart-topping U.K. hit by Jane Morgan in 1958. It was the first of several Bécaud numbers that would find wider success via English translations, and he consolidated his growing reputation with extensive international touring. Bécaud also dabbled in film acting during this period, making his first appearance in 1956's #Le Pays d'où Je Viens and continuing in 1957's #Casino de Paris and 1959's #Croquemitoufle. In 1960, Bécaud won the prestigious Grand Prix du Disque award, and composed an extended holiday work, a cantata titled L'enfant à l'Étoile, which was broadcast on live television from a Paris church on Christmas Eve. He also scored another huge hit with Je T'Appartiens, which became a U.S. Top Ten hit for the Everly Brothers as Let It Be Me; the song was later recorded by soul singers James Brown and Jerry Butler, country star Willie Nelson, Elvis Presley, Bob Dylan, Nina Simone, and many more.

Bécaud scored the biggest hit of his career in 1961 with Et Maintenant, a song he co-wrote with Pierre Delanoé that wound up ranking among French pop's all-time classics. Translated into English as What Now My Love, it became a standard in America and Britain as well, recorded by Shirley Bassey, Sonny Cher (a U.S. Top 20 hit in 1966), Frank Sinatra, Elvis Presley, Andy Williams, and countless others. In 1962, Bécaud completed work on a full-fledged opera, +L'Opéra d'Aran, which premiered in Paris that October with Georges Prêtre conducting; he spent a good part of 1964 touring Europe with it. Meanwhile, the pop hits kept coming: Un Dimanche à Orly (1963), the enormous hit Nathalie (1964; probably his second best-known song), Quand Il Est Mort le Poète (1965), the controversial pro-de Gaulle anthem Tu le Regretteras (1965), and L'Important C'est le Rose (1967). Also, Seul Sur Son Étoile was adapted into the English-language hit It Must Be Him, which Vikki Carr took into the U.S. Top Five in 1967. Bécaud continued his extensive international touring, and appeared frequently on French television during the late '60s.

Bécaud focused far more on touring than recording during the '70s, but continued to hit the charts periodically, and maintained a healthy share of his popularity despite changing musical tastes in France. He had another major hit with 1970's La Solitude, Ça N'Existe Pas, and briefly returned to acting over 1972-1973, with appearances in Roberto Muller's #Un Homme Libre and Claude Lelouch's #Toute Une Vie. He was forced to take some time off in late 1973 due to exhaustion, and by this point in his career, his chronic smoking was beginning to exact a toll on his voice. Nonetheless, he managed to keep up a hectic touring schedule, and returned to action in early 1974 to be named Chevalier in the Legion d'Honneur; the honor was presented by his old songwriting partner Louis Amade, who was also a prominent civil servant. In 1975, Bécaud scored his only U.K. hit with the Top Ten A Little Love and Understanding, the English-language version of Un Peu d'Amour et d'Amitie. He began writing with Pierre Grosz in 1976, including the hit Mais où Sont-Ils les Jours Heureux?, and had another success with 1977's L'Indifférence, written with longtime collaborator Maurice Vidalin.

After a break in the late '70s, Bécaud co-wrote Neil Diamond's adult contemporary smashes September Morn (1980) and Love on the Rocks (1981), and revitalized his own recording career with the 1982 hit Desirée. In 1986, his stage musical +Madame Roza -- written with lyricist/librettist Julian More -- opened in America to much greater success than it had enjoyed in France, and moved on to Broadway the following year. Bécaud switched from EMI to BMG in 1988, and issued his first album for the label, Fais-Moi Signe, later that year. Following his mother's death in 1991, he embarked on a whirlwind tour of the world, after which he contemplated retirement. First, though, he released the autobiographical album Un Vie Comme un Roman (A Life Like a Novel) in early 1993. He spent the next few years relaxing and nursing his health at his various homes, including a houseboat he kept on the Seine River in Paris. He continued to write, however, and returned in late 1996 with the album Ensemble. The following year, he celebrated his 70th birthday with yet another series of concerts at the Olympia, and in 1999 released the low-key acoustic album Faut Faire Avec.... By the end of that year, Bécaud knew he was suffering from lung cancer, and put on another series of shows at the Olympia that proved to be his farewell to the venue. He gave his final live performance in Switzerland in July 2000, and subsequently entered the studio to record his final album, Le Cap. He passed away in his Seine River houseboat on December 18, 2001. ~ Steve Huey, Rovi 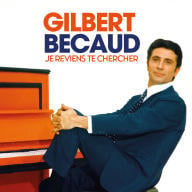 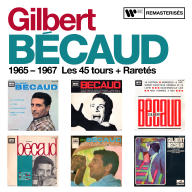 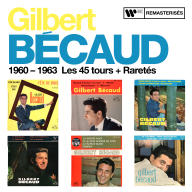 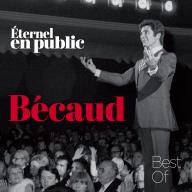 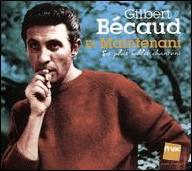 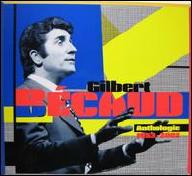 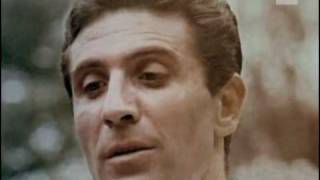 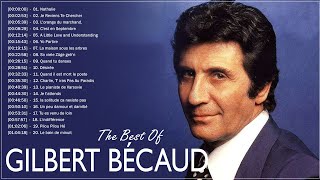 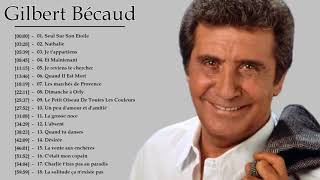 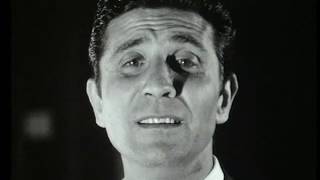 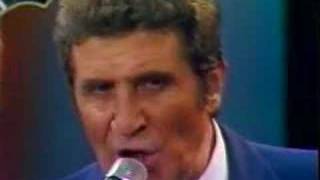 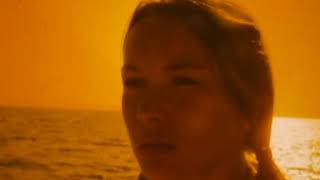 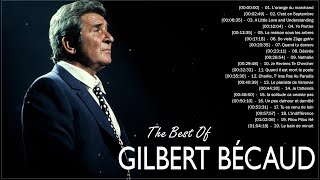