Close
Hans Schmidt-Isserstedt
from Berlin, Germany
May 5, 1900 - May 28, 1973 (age 73)
Biography
Hans Schmidt-Isserstedt is one of those conductors whose work was renowned far more among the ranks of his peers (and of very serious listeners) than among the general classical audiences of his era. A believer in strict rhythmic precision, transparent orchestral textures, and the avoidance of excessive mannerisms, Schimidt-Isserstedt and his work were loved by fellow musicians and by listeners committed enough to seek it out, eclipsed as it often was by his more flamboyant and well known rivals. It is a measure of his place in the pantheon of early/mid-twentieth century conductors that, while only two or three of his recordings are represented on CDs from major labels, dozens of his performances appear on private collectors labels.

Schmidt-Isserstedt was born in Berlin in 1900, and studied music in Berlin at the university. Although his interest in music extended into modern and contemporary works, his first love was Mozart, and he authored a dissertation on the Italian influences in Mozart's early operas. He conducted in different theaters, and also composed music during the earlier part of his career, including several orchestral works, lieder, chamber pieces, and one opera, Hassan Gewinnt, which was performed for the first time in 1928. During the 1930's, he began recording regularly, most notably in a series of concertos with the legendary violin virtuoso Georg Kulenkampff, in which he conducted the Berlin Philharmonic. Schmidt-Isserstedt remained in Germany during the period of the Nazi regime, and in 1935 was appointed principal Kappelmeister at the Hamburg State Opera. He became the opera director at the Deutsche Oper in Berlin in 1943 and the company's general music director in 1944.

Schmid-Isserstedt was among the less controversial musicians working in Germany during the war, and his work and career continued virtually uninterrupted by the Allied victory and the fall of the Nazi regime in 1945. He founded the North German Radio (or NDR) Symphony Orchestra in Hamburg during 1945, which he directed until his retirement in 1971. Schmidt-Isserstedt took the NDR Symphony Orchestra on tour in Europe, the Soviet Union, and the United States successfully during the 1950's. He also began recording regularly for the British Decca/London label, with several different orchestras, including the Vienna Philharmonic Orchestra. From 1955 until 1964, he was also the principal conductor of the Stockholm Philharmonic, and made appearances as a guest conductor with more than 100 orchestras around the world, in all of the world's major cities, and with the Glyndebourne Opera (The Marriage of Figaro, 1958) and Covent Garden (Tristan Und Isolde, 1962). During this period, he was also a fervent advocate for the music of Bartok, Stravinsky, and Hindemith.

Schmidt-Isserstedt was popular throughout Europe, and his recordings were usually more easily available there than in the United States, where he was most familiar to a cadre of serious listeners. His Beethoven symphonic cycle with the Vienna Philharmonic (which featured some of the most consistently fine and inspired playing in the VPO's history), however, was readily available in the American catalog for many years, and is still highly regarded. His recording of the Symphony No. 9, in particular, is still singled out for critical praise. For many years, it was considered one of the two or three finest available on LP (back in the 1970's, if you found this record in someone's collection, you could be certain that they really knew their stuff and cared about their music). In the 1990's the CD version of this performance was chosen by the author of The Beethoven Companion as the one through which the interactive computer software operates and lifts its cues. His recordings of the Mozart operas, most notably Idomineo (his last, released in 1972) and La Finta Giardiniera (recorded in the then-extant German translation, as Die Gartnerin Aus Liebe) remain among the choicest performances of these works.

Hans Schmidt-Isserstedt never courted publicity or glory in the way that his contemporaries, such as Wilhelm Furtwangler, or younger rivals like Herbert Von Karajan did. As a result, he was never a household name. Working quietly, however, and building an orchestra and a postwar reputation from the ground up, he ended up leaving behind a handful of recordings whose worth speaks loudly, even in the digital era, some decades after his death. ~ Bruce Eder 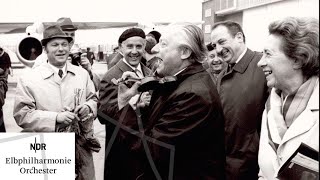 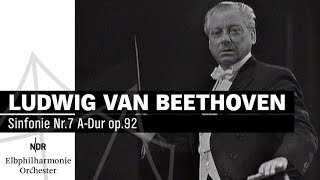 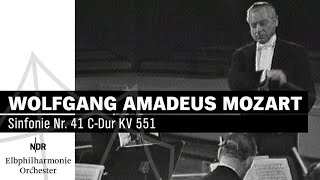 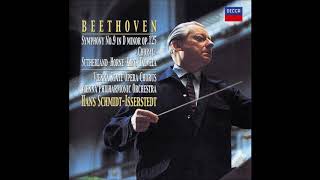 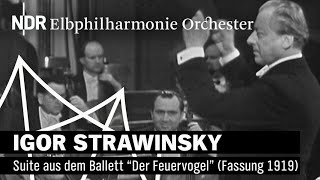 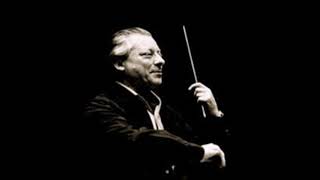 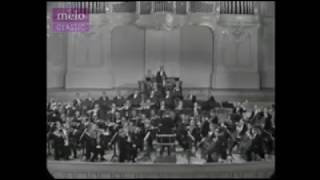