Close
Carol Burnett
from San Antonio, TX
April 26, 1933 (age 89)
Biography
Carol Burnett was one of the most popular and honored entertainers of her era -- a gifted comedienne who was arguably best known for her classic television variety series, she also enjoyed success on record, on the stage, and on the big screen. Born in San Antonio, TX, on April 26, 1933, Burnett was raised primarily by her grandmother in Los Angeles, later studying theater arts and English at UCLA. Summer stock work followed before she relocated to New York City, where she first attracted attention on the local club circuit; she soon became a frequent guest on TV variety programs, typically singing her rock & roll parody I Made a Fool of Myself Over John Foster Dulles. After co-starring in the short-lived 1956 sitcom #Stanley, Burnett finally won her breakthrough role in 1959 in the off-Broadway musical hit Once Upon a Mattress; the show's success earned her a regular gig on TV's #The Garry Moore Show, where she remained for three seasons and earned the first of countless Emmy awards.

In 1962, Burnett teamed with Julie Andrews for the smash television special #Julie and Carol at Carnegie Hall; a year later, she made her feature film debut in #Who's Been Sleeping in My Bed? Despite Burnett's initial success, she frequently faced difficulty finding projects that properly showcased her considerable talents -- a long-term contract with the CBS network consistently failed to yield a workable premise, and so she was out of the spotlight for some time until co-starring in the 1965 Broadway musical Fade Out - Fade In. Finally, in 1967 -- the same year she issued the LP Sings -- a desperate CBS green-lighted #The Carol Burnett Show, a sketch-comedy/musical variety series that also included cast members like Tim Conway and Harvey Korman; the show was an unprecedented commercial and critical favorite, winning 22 Emmys and remaining one of the highest-rated shows on the air until its final broadcast in 1978.

In the meantime, Burnett reunited with Andrews for a Lincoln Center performance in 1971 -- it was finally released commercially in 1989, the same year the duo made its next joint appearance at Los Angeles' Pantages Theater -- and the following year she returned to the big screen with #Pete 'n' Tillie. Appearances in 1974's #The Front Page and 1978's #A Wedding followed, but Burnett's film career never hit the same heights as her TV work, and despite the success of movies like 1981's #The Four Seasons and 1982's musical adaptation #Annie, from the mid-'80s onward she primarily focused on television and the stage, appearing in a series of TV movies as well as theatrical productions including the 1985 Stephen Sondheim tribute Follies in Concert. Burnett returned to the variety show format with 1990's #Carol and Company, which failed to repeat the popularity of its predecessor and was quickly canceled. ~ Jason Ankeny, Rovi 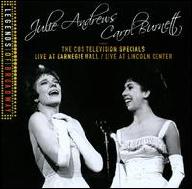 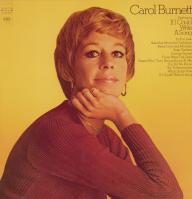 Carol Burnett [Featuring If I Could Write A Song]
1972 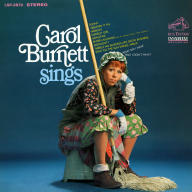 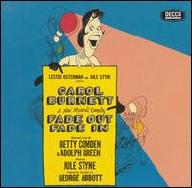 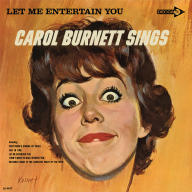 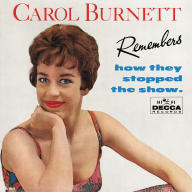 Carol Burnett Remembers How They Stopped The Show
1960 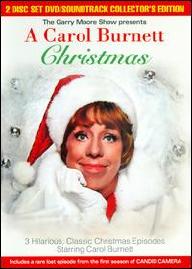 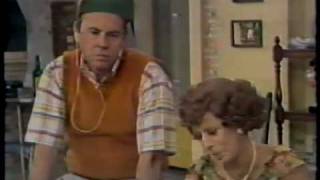 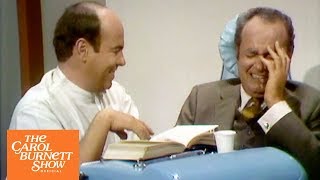 The Dentist from The Carol Burnett Show (full sketch) 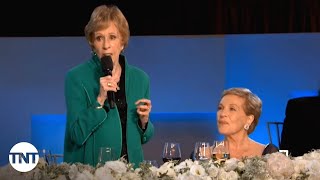 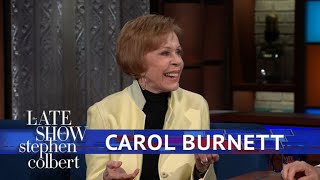 Carol Burnett Admits She Was Once A Con Artist 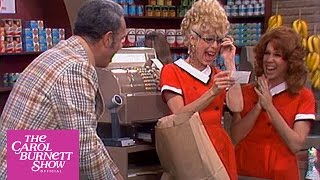 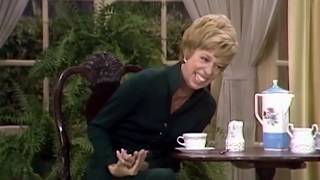 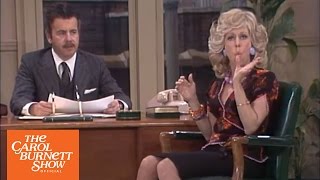