Close
Evgeny Svetlanov
from Moscow, Russia
September 6, 1928 - May 3, 2002 (age 73)
Biography
Yevgeny (or Evgeny) Feodorovich Svetlanov was one of the 20th century's leading Russian conductors. He came from a musical and theatrical family: his father was a soloist in the Bolshoi Theater and his mother was an artist in a mime theater. Svetlanov was a 1951 graduate of the Gnesin Institute where he studied composition with Mikhail Gnesin and piano with Mariya Gurvich; later, Svetlanov continued his studies with Yury Shaporin in composition and Alexander Gauk in conducting at the Moscow Conservatory.

While Svetlanov was still a student, he conducted with the All-Union Radio (1953) and also first conducted the State Symphony Orchestra in 1954. Svetlanov became an assistant conductor at the Bolshoi Theater in 1955, and in 1962, he was appointed to the position of principal conductor. During his time there, Svetlanov became a favorite for the fresh, colorful sound he brought to the Russian opera repertory, particularly in operas of Nikolay Rimsky-Korsakov and in Tchaikovsky's The Queen of Spades. It was he who led the Bolshoi on its historic visit to the stage of La Scala in Milan.

In 1965, Svetlanov became the principal conductor of the U.S.S.R. State Symphony Orchestra, now known as the Russian State Symphony Orchestra), and remained in that position until 1999, when he retired. This position became the basis of Svetlanov's conducting and recording career. Svetlanov decided to undertake a comprehensive program of recording all the major orchestral music of Russian composers from Glinka to Myaskovsky, a span of something more than a century. Svetlanov also recorded the music of Russian composers of later days, such as Shostakovich, Prokofiev, Shchedrin, Knipper, Shebalin, Khachaturian, and Eshpaî. Over his lifetime, Svetlanov managed to collect several Soviet state awards, including People's Artist of the U.S.S.R. in 1968, the 1975 Lenin Prize, and the Glinka Prize in 1975. In 1979, Svetlanov was named principal guest conductor of the London Symphony Orchestra; he also worked with the Residentie Orchestra of the Hague and leading orchestras of Japan, France, and Sweden. In 1998, Russian president Boris Yeltsin observed Svetlanov's 70th birthday with national honors. Upon Svetlanov's death, English critic David Wilkins recalled the conductor as "an essential champion of the soul of Russian music."

Svetlanov was also a composer who wrote symphonic, chamber, and vocal music, including a piano concerto. He was married to Russian soprano Larisa Avdeyeva. Svetlanov's life was portrayed in the Soviet film biography #Dirizhor (The Conductor)., Rovi 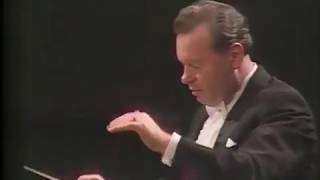 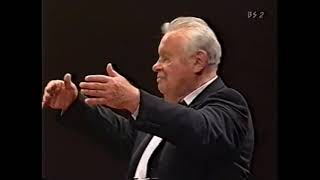 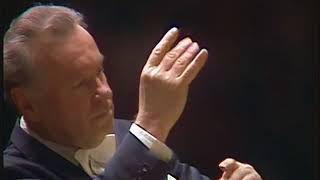 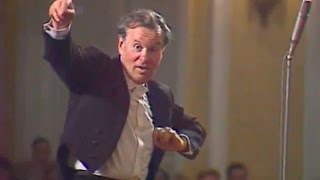 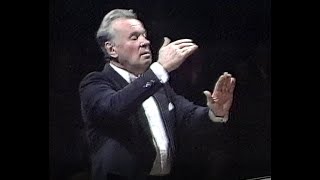 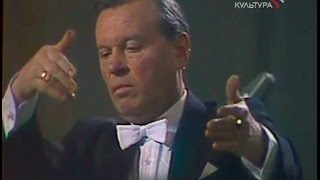