Close
Red Red Meat
from Chicago, IL
formed January 1, 1991 (age 31)
Biography
Shuffled from the deck of the Chicago folk-punk outfit Friends of Betty in 1990, the modern blues balladeers of Red Red Meat would provide a stunning counterpoint to the windy city's popular Material Issue/Urge Overkill glam-informed swagger. Tim Rutili (vocals, guitars) and Glynis Johnson (bass, vocals), both of founding members of Friends of Betty, along with new recruits Brian Deck (drums) and Crows guitarist Glenn Girard, released their first single, Snowball, in 1991. Internal conflict and personal struggles were already cropping up and threatening to implode the young band as they recorded their eponymous debut LP in 1992. Released on their own Perishable records imprint, the album was a healthy slab of Stones-inspired roots rock and it helped the band to procure steady gigs, as well as heighten their profile in the chaotic, Nirvana-incited underground feeding frenzy of the early '90s.

In the summer of 1992, fellow up-and-coming Chicagoans the Smashing Pumpkins invited the band to fill the opening slot on a ten-day touring excursion. The shows served to eradicate Johnson's failing health and her already strained eight-year musical and romantic relationship with Rutili suffered further. Oblivious to the severity of her illness and obliging her repeated requests, Rutili kicked her out of the band. Just a couple of months later, the 32-year-old Johnson died of AIDS. Rather than allowing the death of a bandmate and friend to deconstruct the ensemble, Red Red Meat resolved to soldier on in a kind of tribute to their comrade. In the winter of 1992, lawyer Tim Hurley was welcomed into the fold as the new permanent bass player. Mixed alongside dirty guitar tones and traditional drum kits outfitted with steel pots and actual kitchen sinks, Rutili's gravel pit voice led the new lineup through an evolutionary series of cigarette stained, frayed modern blues-rock records.

In 1993, riding on the popularity of their song Flank, the band signed to Seattle's thriving Sub Pop label, which released their following three albums. The group's debut effort for the indie label, 1993's Jimmywine Majestic, offered a fleeting, electric glimpse of the road Red Red Meat was preparing to turn down. While still feeling like a sludgy, cosmic Faces record, Rutili and Girard's distorted guitars wandered purposefully over, under, and through the driving blues-rock songs, which sounded themselves something like the frayed cuff of a worn out shirt.

Drunken antics at their unpredictable live shows were contributing to the band's growing reputation as the misfits of the Chicago scene; at one 1995 hometown gig, Material Issue's frontman Jim Ellison threw a dixie cup of his own urine at the band in retaliation for Hurley's urinating on him in a bar feud earlier that week. 1995 saw the release of their third LP and sophomore effort for Sub Pop, Bunny Gets Paid. Following the 1994 departure of Glenn Girard, Hurley had switched from bass to guitar and old Friends of Betty drummer Ben Massarella had officially joined the Red Red Meat clan for the recording. With Bunny, the scruffy crew had aimed to make as pop-influenced a record they could, while still peering through the codeine haze of skewed Chicago art school glasses; the resulting album was arguably the Meat's best effort. Jimmywine Majestic's ruminative, poignant younger brother Bunny Gets Paid found the band embracing the space between notes, turning down the fuzz-laden guitars enough to focus on the broken, beautiful, and nearly anthemic blues-pop melodies that had always lurked in the wings of Red Red Meat's pathos. The album was capped off by a crooked, bourbon-soaked reading of There's Always Tomorrow from the perennial Christmas-time claymation favorite, #Rudolph the Red Nosed Reindeer. For their next effort, 1997's meandering, wide open There's a Star Above the Manger Tonight, the band looked inward and handled the production of the record themselves, with drummer Brian Deck performing most of the engineering duties. The album, which attempted to "synthesize a field recording with a Can aesthetic," found the Meatheads broadening their attempts at instrumental arrangement, incorporating organs and all manner of effects and machinery into the avant-blues rags that would prophesy the band's mutation into their contemporary incarnation, Califone. There's a Star...'s songs ended or fell apart as abruptly as they began, the guitars sounded as though they'd been strung with spools of worn-out, dirty audio tape and the band seemed fond of initiating a groove just to dismantle it; not surprisingly, There's a Star Above the Manger Tonight proved to be the band's final album for Sub Pop. Red Red Meat unofficially disbanded later that year while Rutili and Massarella revived their Perishable records imprint as a vehicle for future recordings by the mangled Red Red Meat lineage. ~ Bryan Carroll, Rovi 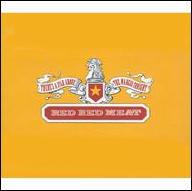 There's a Star Above the Manger Tonight
1997 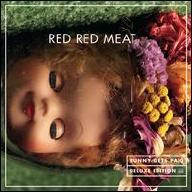 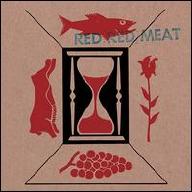 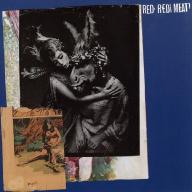 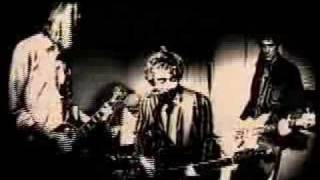 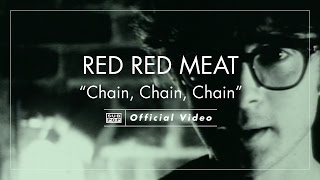 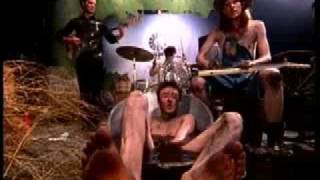 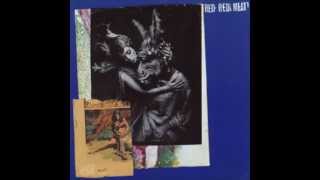 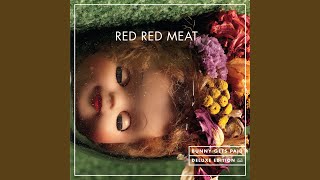 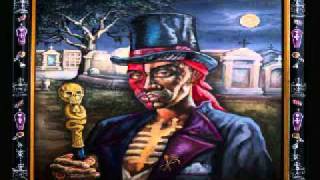 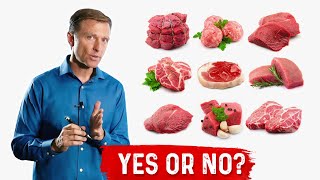