Close
Josh Homme
from Joshua Tree, CA
May 17, 1973 (age 49)
Biography
Songwriter/guitarist Josh Homme has been part of two of the most acclaimed stoner rock/metal bands of the late '90s and early 2000s, Kyuss and Queens of the Stone Age. Formed in the late '80s, Kyuss hailed from Palm Desert, California, and built a following by throwing "generator parties" (which consisted of inviting friends out to a secluded part of the desert at night where the band would plug into a power generator and jam away until dawn). The band's 1991 debut, Wretch, was ignored by the public (despite such similar-sounding acts as Soundgarden and Alice in Chains storming the charts), and while 1992's Blues for the Red Sun received widespread critical acclaim, it too failed to break the band commercially. Kyuss signed with Elektra, issuing two more releases (1994's Welcome to Sky Valley and 1995's ...And the Circus Leaves Town) before calling it quits in 1995.

Let down by Kyuss' breakup, Homme didn't touch his guitar for nearly a year, but decided to get back into music when the Screaming Trees invited him to serve as the band's second guitarist on select tour dates in support of their 1996 release, Dust. This led to cameos on recordings by other artists (Wellwater Conspiracy and Mike Johnson), as well as starting up the multi-volume Desert Sessions series, which featured former members of Soundgarden, Monster Magnet, and Kyuss indulging in tripped-out jams. All the guest spots had rekindled Homme's desire to form another full-time band, and by the late '90s, he was ready to take the plunge again.

Homme hooked up with former Kyuss drummer Alfredo Hernandez to form Queens of the Stone Age, a band that tempered Kyuss' monolithic rock with more varied styles and focused songwriting. The pair would be joined by a revolving door of other members, and by 1998, QOTSA were signed to Stone Gossard's Loose Groove label, issuing their self-titled debut the same year. 2000 saw the release of their sophomore effort (and first for the Interscope label), R, which became one of the year's most critically praised rock releases, as the band toured with such big names as Hole, the Foo Fighters, and the Smashing Pumpkins (as well as being part of Ozzfest 2000 and the third Rock in Rio). Critical praise peaked with 2002's modern classic Songs for the Deaf, which featured their biggest hit "No One Knows." The band followed that success with 2005's Lullabies to Paralyze, named after a cryptic lyric on Songs for the Deaf hidden track "Mosquito Song."

In between those QOTSA releases, Homme remained busy, forming Eagles of Death Metal with friend Jesse Hughes and marrying Brody Dalle of the Distillers and Spinnerette. He returned to QOTSA in 2007 for their fifth LP, Era Vulgaris, a notable departure from the hard-charging, muscular sleaze of previous QOTSA albums. Over the following years, the prolific musician formed a Grammy-winning supergroup with Dave Grohl (Foo Fighters, Nirvana) and John Paul Jones (Led Zeppelin) called Them Crooked Vultures, recorded more albums with EODM, and produced albums for British band Arctic Monkeys. In 2010, complications during surgery resulted in a scare for the musician, who claimed he briefly died and had to be revived by a defibrillator. That experience affected the darker tone of QOTSA's comeback album, ...Like Clockwork, which was released in 2013. The album was billed as a spiritual sequel to Songs for the Deaf and featured an impressive roster of guests like Elton John, Dave Grohl, Alex Turner (Arctic Monkeys), Mark Lanegan, Brody Dalle, and his old QOTSA partner, Nick Oliveri. Sparked by renewed focus, he continued his work as one of the busiest guys in rock. In 2013, he participated in Dave Grohl's documentary Sound City, contributing to its soundtrack on the collaborative single "Mantra" with Reznor and Grohl. He also hosted streaming radio show The Alligator Hour for Apple's Beats 1 Radio.

In late 2015, during an Eagles of Death Metal concert in Paris, terrorists attacked the venue, killing scores of concertgoers. Fortuitously enough, Homme was not present for the show and subsequently helped his bandmates organize charity drives to raise money for those affected. The band had just released their fourth album, Zipper Down, and vowed to return to Paris and continue their European tour. In early 2016, a surprise announcement from Homme and Iggy Pop revealed that the pair had recorded an album together. Post Pop Depression was released months later, accompanied by a tour. ~ Greg Prato & Neil Z. Yeung, Rovi 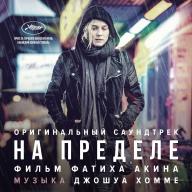 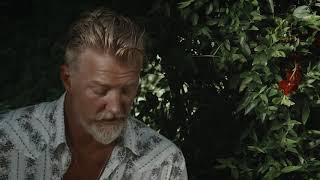 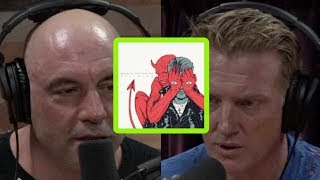 Josh Homme: How Queens of the Stone Age Writes Music 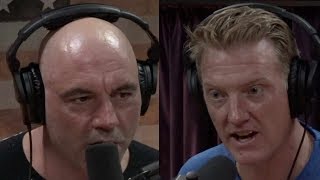 Josh Homme on Why He Doesn’t Listen to Critics 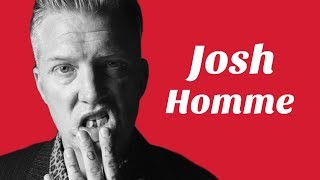 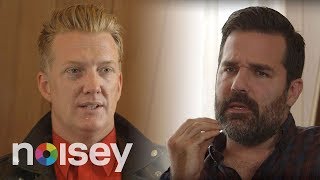 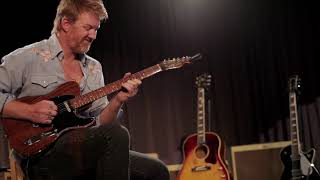