Close
Tim Berne's Bloodcount
Biography
Bloodcount stands as one of the highlights of Tim Berne's multifaceted musical career. The band was one of Berne's principal creative outlets during the 1990s -- resurrected again during the new millennium -- and a fertile ground for his unique compositional and improvisational approaches. For much of the '90s, Bloodcount retained the stable lineup of alto and baritone saxophonist Berne, bassist Michael Formanek, tenor saxophonist and clarinetist Chris Speed, and drummer Jim Black, and the foursome's high level of musical empathy during those years was characteristic of the best long-term working ensembles.

At the time Berne formed Bloodcount, he and Formanek had already proven to be sympathetic collaborators on projects such as Formanek's 1992 Enja recording Extended Animation and the 1993 Soul Note release Loose Cannon by Berne, Formanek, and drummer Jeff Hirshfield. Berne had not previously performed with Speed and Black, however, but their talents and receptiveness to his vision for Bloodcount made them ideal choices for the new quartet. The challenges of performing and recording with mid-sized ensembles led to Berne's interest in forming a smaller band, and in Bloodcount he found a group with fewer logistical hassles than his Caos Totale sextet. Bloodcount also served as an outlet for Berne's growing interest in extended-form pieces blending composed and improvised passages. He had expressed dislike for the interruptions in the mood of live performances that result from inserting breaks between short tunes, and his compositions for Bloodcount -- some in the 40- to 50-minute range -- indeed have remarkable continuity and maintain an almost cinematic narrative flow.

The first three Bloodcount CDs were recorded live in Paris in September 1994 and released on the JMT label in 1995. Lowlife, Poisoned Minds, and Memory Select feature electric guitarist Marc Ducret, a holdover from the Caos Totale band, in addition to the quartet of Berne, Formanek, Speed, and Black. Bloodcount had been together since 1993 and the bandmembers had achieved a phenomenal musical compatibility by the time they arrived in Paris. The CDs all feature a wide dynamic range, from the quietly chamber-esque to the loudly tumultuous. Particularly notable are the ways that Bloodcount navigates the territory between the dynamic extremes and blends the scored and improvised. Abrupt changes are often avoided and the band seems to relish gradual escalations of tension in which easy and expected thematic payoffs are postponed. The listener is taken on a wide-ranging ride through Berne's idiosyncratic melange of post-jazz, chamber music, funk, rock, and creative improvisation, and the impression afterward is that it all coalesced somehow but the transitions were hard to pinpoint. These are remarkable CDs, adventurous and rewarding listening for those who do not need their music dispensed in small doses.

For a while, the CDs also fell out of print. After JMT had been sold by label head Stefan Winter to a Polygram group in Japan, Polygram decided to shut JMT down and delete the label's catalog of recordings, including the Bloodcount trilogy and a number of other Berne releases. Frustrated by the experience, Berne decided to establish his own label, Screwgun (having previously run his own Empire label in the late '70s and early '80s), and issue his CDs independently. However, Winter subsequently formed the Winter Winter label, on which all three Paris Concert CDs were re-released in 2005. Meanwhile, Screwgun's first release was the 1996 three-CD set Bloodcount Unwound. Recorded at live appearances in Berlin and Ann Arbor, MI, Bloodcount Unwound possesses a raw immediacy that is also characteristic of Discretion and Saturation Point, two single Bloodcount CDs issued by Berne's new label the following year.

The JMT/Winter Winter releases seem almost polished to a high gloss when compared to the in-your-face Screwgun CDs, with their single-microphone recording techniques, stripped-down core quartet (sans Ducret) arrangements, and plain brown cardboard packaging. The band's energy is often cranked up to ferocious levels as Black unleashes a percussive torrent, Formanek pushes the band through the changes, and Berne and Speed punch out their unison or contrapuntal lines. The CDs' blunt recording qualities emphasize the funk influences that Berne has incorporated so effectively into his compositions. The chamber-esque and textural episodes are still present and their subtlety contrasts markedly with the band's fiery assertiveness during the wilder passages. Bloodcount's three releases on the Screwgun label document a quartet energized by the enthusiasm of its live audiences. Thankfully, Tim Berne was there during Bloodcount's '90s reign not only as bandleader, saxophonist, and composer but as a label manager who could document the music and make it available to those who missed the gigs.

Berne turned his attentions elsewhere -- mainly his other groups Big Satan, Paraphrase, Hard Cell, and Science Friction -- throughout most of the first decade of the new millennium, but in late 2007 he dug through the archives and the result was Seconds, another Bloodcount release on Screwgun (in a colorful package this time). This multi-disc set included two CDs of live performances by the quartet version of the band recorded live in 1997, along with a DVD featuring a documentary by Susanna Schonberg entitled #Eyenoises...The Paris Movie 1994, with both soundcheck and performance footage of the quintet (including Ducret) and using the 51-plus-minute Eye Contact from Memory Select as a sort of soundtrack. Upon the release of Seconds, Berne announced that Bloodcount would re-form and resume playing select gigs again. The quartet began its new lease on life with a show at New York's Joe's Pub on February 3, 2008, and showed up in Baltimore and Philadelphia a week later. The band performed at the Stone in the East Village during April, and has since reconvened on a number of occasions, including dates at Brooklyn venues including Barbès; in Hartford, CT; and at the 2008 Vancouver International Jazz Festival. ~ Dave Lynch, Rovi 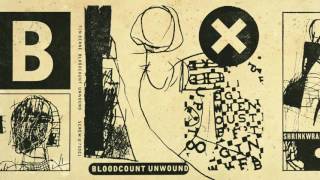 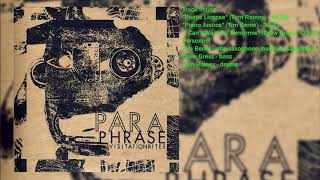 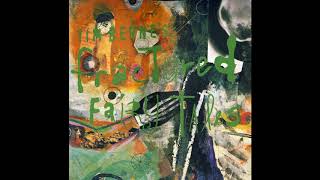 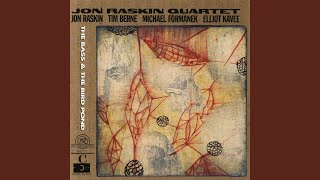 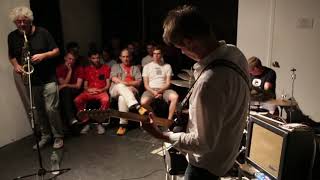 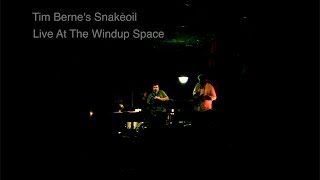 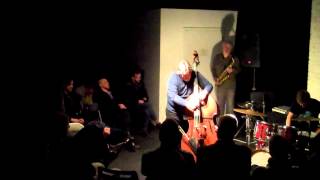