Close
Russ Columbo
from Camden, NJ
January 14, 1908 - September 2, 1934 (age 26)
Biography
Singer Russ Columbo helped set the standard for Italian popular ballad crooners. In his personal appearances, Columbo was trim, debonair, and favored a spotless white suit of the sort George Raft wore in movies of the period. Despite the all-prevailing importance and popularity of Bing Crosby as a singer in the early '30s, it is impossible to imagine the advent of later Italian crooners such as Perry Como and Frank Sinatra without the influence of Russ Columbo. Likewise Columbo's repertoire, some of which he had a hand in creating, was adopted wholeheartedly by other romantic balladeers, including Nat King Cole, Herb Jeffries, and with most enthusiasm, Billy Eckstine. While Columbo was too early to be a true jazz singer, jazz singing itself would not be what it is if Columbo had never been on the scene.

Russ Columbo was born in New Jersey, and spent some of his formative years in Philadelphia before the family relocated to California when he was eight. Columbo was a violin prodigy from the age of five, and the move to California was made in part to accommodate his lessons. He made his professional debut as a violinist at the Imperial Theater in San Francisco at the age of nine, and by the age of 17 he was making a living playing in small groups on Hollywood movie sets, providing tempo for silent movie shoots. Columbo also played violin in several Los Angeles-based bands before joining the Gus Arnheim Orchestra in 1928.

As talkies went into production, and Columbo quickly found work dubbing the singing voices of non-singing movie stars such as Gary Cooper and Lewis Stone. He also dubbed Betty Compson's violin in the film #Street Girl (1929) and made his onscreen singing debut in a bit part in the film #Dynamite (1929), directed by Cecil B. DeMille. At this time Columbo began to contribute occasional vocal choruses on Gus Arnheim records, such as Peach of a Pair, and took the place of Bing Crosby as the band's featured vocalist when Crosby went to New York in 1930. Columbo continued in synchronization work, as a bit player and even composed some music for movies into 1931, but it proved difficult to suppress his ambition to entertain as a frontline performer. Discouragingly, the depths of depression seemed hardly the time to get a new career off the ground.

In early 1931, composer and agent Con Conrad saw Russ Colombo perform at a Los Angeles nightclub, and was so impressed that he decided to take the aspiring singer under his wing. While traveling to New York by train, Columbo and Conrad wrote the song You Call It Madness (But I Call It Love) that would become Columbo's first hit and radio theme. Russ Columbo signed up for a stint with NBC Radio on a coast-to-coast broadcast, and soon was being touted as "the Romeo of Radio." His popularity was immediate, and before the end of 1931 Columbo was playing to sold-out houses in New York theaters. Columbo began to record for RCA Victor in September 1931. For about a year, radio fans witnessed "the battle of the baritones"; Conrad was building up Columbo's reputation by keeping the pressure on Bing Crosby, booking Columbo's engagements against Crosby's, even recording Crosby's songs with Columbo before Crosby could get in to record them at ARC. Then towards the end of 1932, the publicity machine stopped cold -- Conrad and Columbo had a falling out, and one by one Columbo's Victor recording contract, personal appearances and radio program were all cancelled.

Working as his own manager, Russ Columbo made the best of what was left of his reputation in a tough time. He mounted a modest tour of the U.S. with a band featuring such jazz greats as Gene Krupa and Benny Goodman. It wasn't hard to put together, as Columbo's was one of the few shows on the road in 1933. This kept him in the public eye, although it proved profitable mostly for the sidemen. Back in New York, Columbo appeared in a Vitaphone short, entitled #That Goes Double, in which he poked fun at his image as a Romantic "crooner." The short was well enough received that Columbo was invited back to Hollywood, signing a contract with Twentieth Century Pictures (later 20th Century Fox). Columbo was to make three feature films, #Broadway Through a Keyhole, #Moulin Rouge, and #Wake Up and Dream (the last made by Universal). On August 31, 1934, Columbo was at the ARC studio in Los Angeles, making his first records in over a year -- they would prove his last. On September 2, 1934 Russ Columbo was visiting a friend, the Hollywood portrait photographer Lansing Brown, who was toying absentmindedly with an antique pistol he kept as a desk ornament. It fired accidentally, and the ball lodged in Columbo's brain. Surgery was attempted, but Russ Columbo died that evening at age 26.

Russ Columbo's entire recorded output can be listened to in something like two hours, as only 30 studio recordings, his movie songs, and half a dozen radio transcriptions survive of his work. In comparison to Bing Crosby, Columbo, to be fair, needed polish. Sometimes on his recordings he sounds nervous, and his low range isn't as secure as Crosby's. But in the middle and high baritone ranges Columbo sounds fine, and in such performances as Guilty and Prisoner of Love he radiates warmth and his natural charm comes through. This last-named song, although not his "theme" as has been often stated, is readily identified with Russ Columbo. It fits the nostalgic, retrospective, and sad notion of Russ Columbo as a talent taken away too early as well as Columbo himself fit into his tailored white suits. ~ Uncle Dave Lewis, Rovi 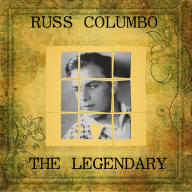 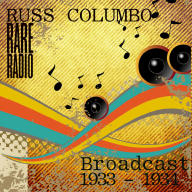 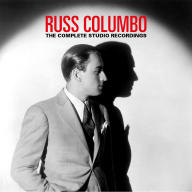 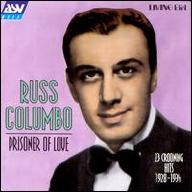 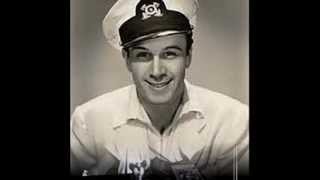 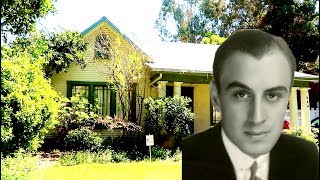 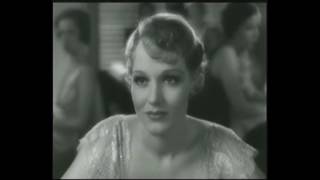 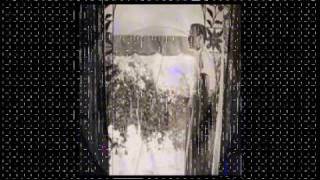 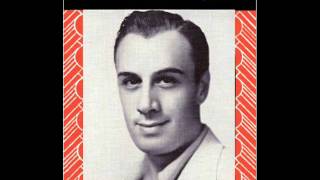 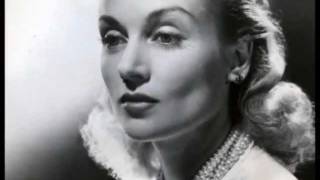 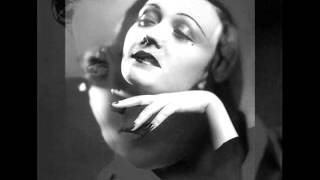