Close
Tamyra Gray
from Takoma Park, MD
July 26, 1979 (age 42)
Biography
Praised as much for her wide vocal range and passionate delivery as she was for her elegant style, Tamyra Gray was seen by many as the singer who, in a perfect world, should have won the first edition of #American Idol. When Gray didn't get enough votes to stay on the show and less talented contestants like Nikki McKibbin did, Gray's dismissal sparked responses ranging from disappointment to outrage. However, Gray entered the contest primarily to earn more publicity for her talent, which she did even without winning it all on #American Idol. Prior to the show, Gray had been singing professionally for a while, performing in musicals, at corporate Coca-Cola functions in her hometown of Atlanta, GA, and contributing backing vocals on DMX's 1998 song Slippin'.

Born on July 26, 1979, in Takoma Park, MD, Gray was the third youngest of a dozen brothers and sisters. Her family stayed in Gaithersburg, MD, until she was 13. While in elementary school, her chorus teacher taught Gray the basics of singing, which was the only formal training that she received. When the Grays moved to Atlanta, Tamyra made the most of the city's opportunities. She formed a vocal duo, the Silhouettes, with her sister Kim, appeared in local commercials, and performed in a hip-hop dance troupe under the stage name Element. Gray's parents encouraged her interest in music and performing, which was reflected in her wide musical tastes (Gray is a fan of Nikka Costa, Prince, and Aerosmith, as well as Persian and Vietnamese music) and her curiosity about all aspects of the music industry. As a result, she studied business law, entertainment management, and recording technology at Georgia State University. While she was at college, Gray also won the title of Miss Atlanta. After graduation, she continued to perform and worked as a preschool teacher before entering the #American Idol contest.

On the show, Gray's performances of songs like Touch Me in the Morning, Minnie the Moocher, A House Is Not a Home, and If I Were Your Woman made her an early favorite of the judges and audience alike, and despite her untimely departure from the show, she was signed by #American Idol creator Simon Fuller to a management contract soon after she left. After the nationwide American Idol Tour, Gray began working on songs for her debut album and also took a number of acting roles, including the role of Aisha, a talented young singer with an abusive boyfriend on #Boston Public; she also played a lesbian singer on #Half Half and Carly Anders, an ill-fated actress on #Tru Calling. During that time, the musical side of her career seemed to hit a snag, as she was moved from RCA to its boutique label J and then dropped altogether. However, in summer 2004, her debut album, The Dreamer, an eclectic collection of songs written by Gray and including collaborations with Babyface, Jimmy Jam Terry Lewis, Scott Storch, and Diane Warren, was finally released by 19 Records. In the weeks leading up to the album's release, Tamyra appeared and performed on #American Idol several times, singing two of her new songs, Raindrops Will Fall and Star. ~ Heather Phares, Rovi 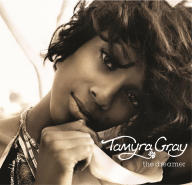 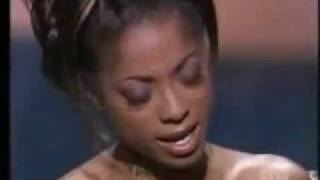 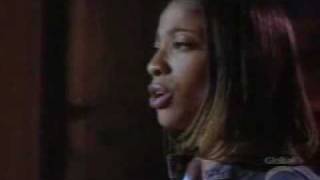 Tamyra Gray I Will Always Love You 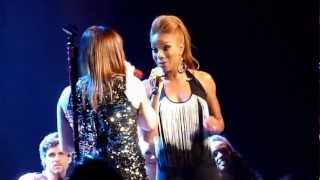 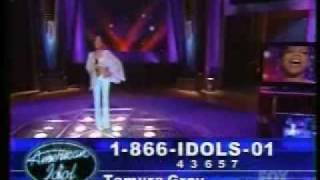 Tamyra Gray - And I Am Telling You, I'm Not Going 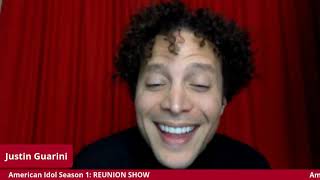 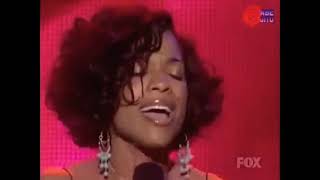 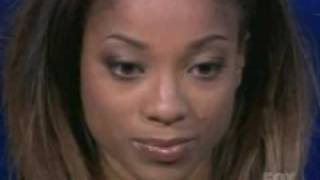