Close
Tiny Tim
from New York, NY
April 12, 1932 - November 30, 1996 (age 64)
Biography
During his proverbial 15 minutes of fame in the late '60s, Tiny Tim was one of the most bizarre spectacles on television: a heavy, six-foot-tall man with long, unkempt ringlets of hair, an enormous nose, and a garish plaid wardrobe; warbling the old-time pop standard Tip-Toe Through the Tulips in a quavering, shockingly high falsetto while accompanying himself on the ukulele. Pegged as strictly a novelty act, Tim actually possessed an encyclopedic knowledge of vintage American pop and vaudeville songs; he was an avid collector of 78 rpm records and sheet music, and often scoured the New York Public Library's musical archives for material. And, although he was best-known for his falsetto, Tim was also a creditable baritone crooner in the pre-Bing Crosby mold, which allowed him to sing duets with himself. Tiny Tim's initial novelty wore off with the public after a couple of years, but he was so genuinely, guilelessly eccentric that he was never really forgotten, remaining something of a pop-culture icon for decades to come.

Tiny Tim was born Herbert Khaury, and gave his birth date as April 12, 1933, although most sources list 1932 (and some list 1930, and even 1926). The son of a Lebanese father and Jewish mother, he grew up in the Washington Heights section of Manhattan, and was (unsurprisingly) a misfit and loner, eventually dropping out of high school. His interest in American popular music (chiefly from the 1890s to the 1930s) began at a young age, as did his desire to be a singer, and accordingly he learned guitar and ukulele. His first performances -- under the alias Larry Love -- took place in the early '50s, and according to legend, he debuted at a lesbian cabaret in Greenwich Village called the Page 3, where he became a regular. Khaury performed at small clubs, parties, and talent shows under a variety of names; his parents tried to discourage him at first, but relented when they saw that not every gig ended in ridicule. By the early '60s, he had gained a cult following around the thriving Greenwich Village music scene, particularly after he began to incorporate bizarre renditions of contemporary songs into his repertoire. He finally settled on the name Tiny Tim after the character in Dickens' -A Christmas Carol (according to some accounts, it was suggested by a manager accustomed to working with midgets).

Tim's appearance in the film #You Are What You Eat led to a booking on the hugely popular comedy series #Rowan and Martin's Laugh-In. He was an instant sensation; whether or not he was seen as an object of ridicule, no one had ever seen anything like him. He appeared several more times on #Laugh-In, and became a frequent guest on Johnny Carson's #Tonight Show, also performing on the Ed Sullivan and Jackie Gleason variety shows. His eccentric personality became as well-known as his music: he was obsessed with bodily cleanliness, and his distaste for sex seemed logical when paired with his gentle, asexual demeanor. A hot commodity, Tim signed a record deal with Reprise and issued his debut album, God Bless Tiny Tim, in 1968. His signature rendition of Tip-Toe Through the Tulips became a hit, and the LP sold over 200,000 copies. Striking while the iron was hot, Tim recorded a follow-up, Tiny Tim's Second Album, which was released in 1969; so was its follow-up, an album of children's songs titled For All My Little Friends. On December 17 of that year, Tim pulled off one of the highest-rated stunts in television history: he actually married his girlfriend, 17-year-old Victoria Budinger (known as Miss Vicki, in typically respectful Tim fashion), on the Johnny Carson show. The couple later had a daughter, Tulip, but mostly lived apart, and divorced after eight years.

Following his wedding, Tim continued to perform around the country, including some lucrative gigs in Las Vegas; unfortunately, many of his business associates took advantage of his naïveté, leaving him with few savings from his run of success. By the early '70s, perhaps due to simple familiarity, America's fascination with Tiny Tim had waned. Even after the TV appearances and high-profile gigs dried up, Tim kept plugging away, performing whenever and wherever he could. He spent around a decade off records before returning in 1980, and subsequently recorded steadily for a series of mostly small labels. He remarried in 1984 to 23-year-old Miss Jan, but the relationship dissolved after just under a month; the following year, Tim literally joined a circus for 36 weeks. In the late '80s, he moved to Australia for a few years, then returned to the U.S. to live in Des Moines, IA. In 1993, he married for a third time to Miss Sue, and the couple soon moved to Minneapolis. During the mid-'90s, Tim raised his public profile with appearances on the Conan O'Brien and Howard Stern shows; however, in September of 1996, he suffered a heart attack while performing at a ukulele festival in Massachusetts. Upon his release from the hospital, Tim resumed his concert schedule, but sadly, on November 30, he suffered another heart attack in Minneapolis while performing Tip-Toe Through the Tulips, and died several hours later. ~ Steve Huey, Rovi 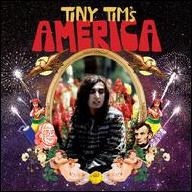 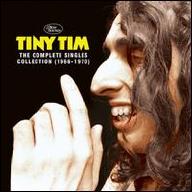 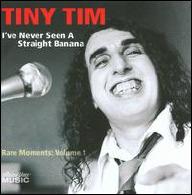 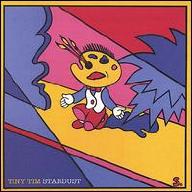 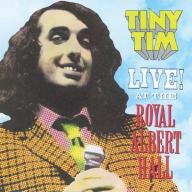 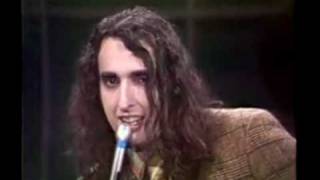 Tiny Tim - Tiptoe Through The Tulips 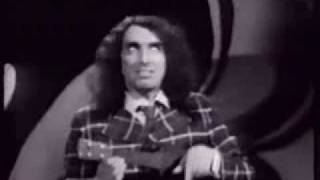 Tiny Tim - Living In the Sunlight 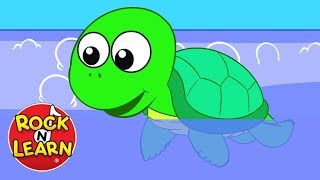 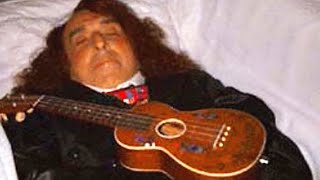 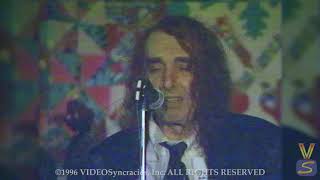 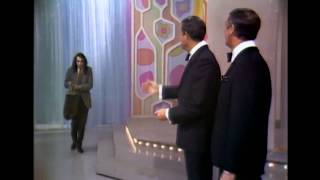 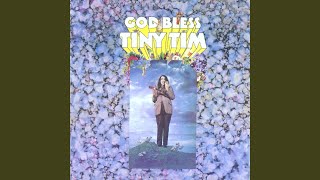