Close
Doc Watson
from Deep Gap, NC
March 3, 1923 - May 29, 2012 (age 89)
Biography
In the latter half of the 20th century there were three pre-eminently influential folk/country guitar players: Merle Travis, Chet Atkins, and Arthel Doc Watson, a flat-picking genius from Deep Gap, North Carolina. Unlike the other two, Watson was in middle age before gaining any attention. After 1960, though, when Watson was recorded with his family and friends in Folkways' Old Time Music at Clarence Ashley's, people remained in awe of this gentle blind man who sang and picked with a pure and emotional authenticity. The present generation, folkies and country pickers alike, including Ricky Skaggs, Vince Gill, the late Clarence White, Emmylou Harris, and literally hundreds of others, acknowledge their great debt to Watson. Watson provided a further service to folk/country by his encyclopedic knowledge of many American traditional songs. While Travis and Atkins started on acoustic guitars and moved to electric, before Watson's "discovery" during the folk revival in the early '60s, he played electric in a local all-purpose band that played current rock, swing, country, and of course folk music. He gained recognition gradually, first from the Clarence Ashley album, which led to a rave performance at the Newport Folk Festival in 1963. (An archival album of a 1963 performance by Watson in Cambridge, Massachusetts saw release in 2018 under the title Live at Club 47.) Folkways soon recorded an album of Watson, followed in 1964 by a series of albums by Vanguard, nearly one a year through the decade. No sooner had interest in folk music waned than Watson was back in great demand because of the three-disc Will the Circle Be Unbroken, a watershed album in 1972 that was created by the Nitty Gritty Dirt Band. It featured Watson, Travis, Roy Acuff, and a who's who of country greats. Merle, Watson's son and a talent in his own right, began appearing with his father regularly. The result was good enough for them to win two Grammys for traditional music, in 1973 and 1974. Father and son played beautiful music together for over 15 years, until Merle died tragically on the family farm in 1985. Following his son's death, Doc continued with his appearances, showcasing his beautiful voice, his great instrumental talent, and his mastery of traditional material. He was an American treasure.

Early in his childhood in Deep Gap, Watson was struck by an illness that restricted the blood flow to his eyes, resulting in his blindness at an early age. As a child, he was surrounded by music and was given a new harmonica every Christmas. When he was ten, his father gave him a homemade fretless banjo, which Doc played consistently for the next three years. Around the same time he picked up the banjo, Watson began attending the School for the Blind in Raleigh, North Carolina. At the age of 13, Doc began playing guitar after being introduced to the instrument by his cousin. Six months after receiving his guitar, Doc and his older brother Linney began busking on street corners, singing traditional numbers. By his late teens, Watson had learned how to fingerpick from his neighbor Olin Miller.

In 1941, Watson joined a band that had a regular radio program in Lenoir, North Carolina. It was at this show that he earned his nickname, once one of the announcers referred to the guitarist as "Doc" during the broadcast. For the next six years he played around North Carolina. In 1947, he married Rosa Lee Carlton, the daughter of fiddler Gaither W. Carlton. Though his father-in-law taught him a number of traditional songs, Doc didn't play any traditional material publicly during the '40s, preferring to concentrate on country instead; to pay the bills, he also worked as a piano tuner. Watson joined the supporting band of a local pianist and railroad worker named Jack Williams in 1953. With Williams, Doc played electric guitar and performed a variety of music, from country to rock and pop. After staying with Jack for eight years, Watson joined the Clarence Ashley String Band and traveled with the group to New York in order to appear at a Friends of Old-Time Music concert. His performance at the concert was a resounding success, and he was invited to perform at Gerde's Folk City in Greenwich Village.

The invitation to perform in New York was an indication that the folk boom of the early '60s was beginning to gain momentum, and Doc became one of the major benefactors of the revival. Young college students began to follow his music and he soon switched to acoustic guitar on the advice of Ralph Rinzler. During 1961, Watson made his recording debut on Clarence Ashley's Old Time Music at Clarence Ashley's, a performance which earned him considerable acclaim. Two years later, his solo spot at the Newport Folk Festival stole the show; that same year he released his first solo album, Doc Watson Family. In 1964, Doc began giving concerts accompanied by his son Merle on second guitar. From that point on, Doc and Merle were constant collaborators and one of the most popular performers on the folk and traditional music circuit. Even when the folk boom of the '60s died down toward the end of the decade, Watson retained his audience, and when he was spotlighted on the Nitty Gritty Dirt Band's breakthrough 1972 album Will the Circle Be Unbroken, he earned another generation of new fans. In 1974, his album Then and Now won the Grammy for Best Ethnic or Traditional Recording; the following year, he and Merle took home the same award for their Two Days in November.

Doc and Merle continued to perform and record successfully during the early '80s, giving numerous successful concerts each year and earning many awards, including another Grammy in 1979 (Best Country Instrumental Performance for "Big Sandy"/"Leather Britches"). In 1985, Merle tragically died in a tractor accident on his home farm. Following his son's death, Doc stopped performing for a short time, yet he made a comeback supported by guitarist Jack Lawrence and bassist T. Michael Coleman, who had played with Watson since 1974. Throughout the '80s and '90s, Doc continued to perform and record to enthusiastic audiences. During that time he won two more Grammys -- Best Traditional Folk Recording for both 1986's Riding the Midnight Train and 1990's On Praying Ground -- as well as a North Carolina Award in Fine Arts. Home Sweet Home followed in 1998 and Third Generation Blues in 1999. Doc Watson continued performing occasionaly into the 21st century; he died in May 2012 following surgery at a hospital in Winston-Salem, North Carolina, at 89 years of age. ~ David Vinopal, Rovi 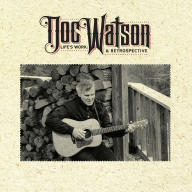 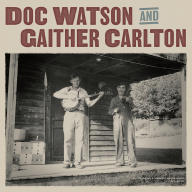 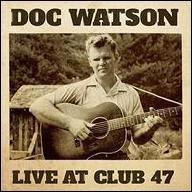 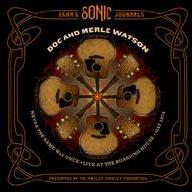 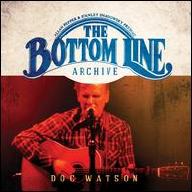 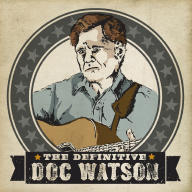 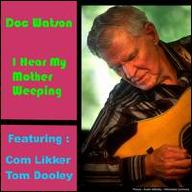 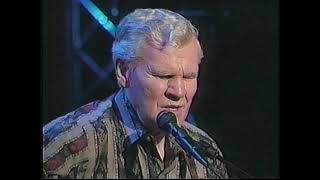 An Evening with Doc Watson 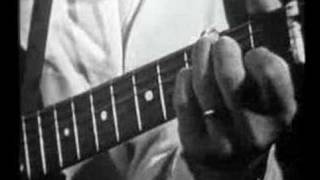 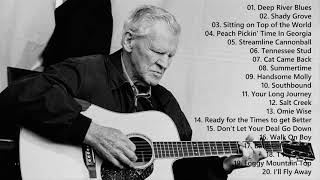 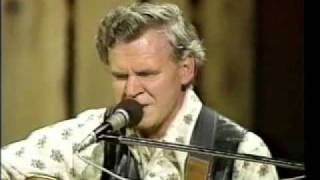 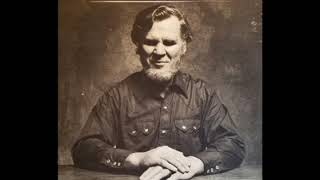 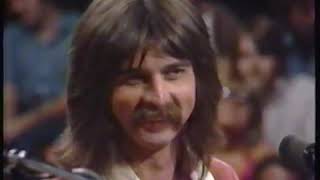