Close
Wilbert G.T. Hogan
Biography
The historical notoriety of this brilliant drummer, magnificent when teamed with any sort of individualistic pianist, was no doubt hampered by more than the usual number of variations on the manner in which his name was presented in credits. Considering that a single such instance can cause pandemonium in a discography as well as in the mind of a hard bop buff, considering that there might be a difference between those two things, it is obvious why the realm of fandom sticks with easy to remember, unaltered names such as Max Roach rather than dealing with an individual who presents a list of options including Granville Hogan, Wilbert Hogan, G.T. Hogan, W.T. Hogan, and Wilbert G.T. Hogan.

Hogan, hero to many bandleaders from the hard bop scene of the '50s and '60s, was featured on more than 50 albums recorded between the start of the former decade and the early '90s. In his final years he suffered from emphysema. He hailed from the Texas gulf coast and in his backbeat personified the kind of rhythmic approach which might cause the previously mentioned hard bop buff to shout out "Sounds like a Texas drummer!" when a Hogan side is spinning. This made him more than simply suitable in funky jazz and soul-jazz rhythm sections; he also backed Ray Charles during a typically jazz-cat-heavy period in the Charles band, Julian Priester heading up the trombone section.

The drummer's career is also full of instances when he reacted skillfully to progressive concepts of syncopation that were not dripping with fatback, gumbo, or Texas barbecue sauce. After arriving in the Big Apple he became associated with Randy Weston, who delved into African rhythms. Hogan's performed and recorded some classic albums with the terrific Elmo Hope and was also associated with the great if insane bebop maestro Bud Powell during that pianist's Parisian sojourn in the late '50s. ~ Eugene Chadbourne, Rovi 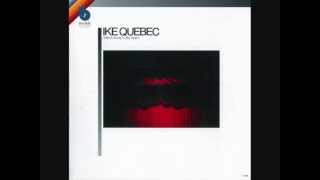 Ike Quebec How Long Has This Been Going On
Available here: