Close
Lennie Niehaus
from St. Louis, MO
June 11, 1929 - May 28, 2020 (age 90)
Biography
With his cool tone and sophisticated arranging skills, alto saxophonist Lennie Niehaus bridged the worlds of small group jazz, big band arranging, and film scores. Initially emerging as the lead alto soloist in Stan Kenton's band, Niehaus would become one of Kenton's primary staff arrangers, working with him throughout the 1950s and '60s. He also garnered respect for his solo work, collected on albums like Lennie Niehaus, Vol. 1: The Quintets and Lennie Niehaus, Vol. 5: The Sextet. After transitioning into film work, he built a lasting partnership with former Army buddy Clint Eastwood, scoring a bevy of the actor/director's films, including the 1988 Charlie Parker biopic Bird, 1992's Unforgiven, and 2002's Blood Work. Prior to his passing in 2020, Niehaus had returned to his small group jazz roots, releasing albums like 2005's Sunday Afternoons at The Lighthouse.

Born in 1929 in St. Louis, Missouri, Niehaus grew up in a musical family with a Russian immigrant father who played violin. He started taking violin lessons at age seven and switched to bassoon before settling on the alto saxophone and clarinet at age 13. By that time, the family had moved to Los Angeles, where Niehaus' father found work in the movie studio orchestras. After high school, he pursued his music degree at Los Angeles City College, eventually graduating from Los Angeles State College in 1951. Work followed, including playing alto and arranging for Phil Carreón and His Orchestra. He soon moved on to the Stan Kenton Orchestra, touring with the band for six months before being drafted into the Army. Following his discharge in 1954, Niehaus rejoined the Kenton band, composing, arranging, and performing as a featured soloist for five years, during which time he contributed to albums like Kenton in Hi-Fi, Kenton with Voices, and Back to Balboa.

It was also during the '50s that Niehaus established himself as a solo performer, leading his various groups on numerous sessions for the Contemporary label, later collected on albums like Lennie Niehaus, Vol. 1: The Quintets and Lennie Niehaus, Vol. 2: Zounds! A regular at clubs like The Lighthouse, he also recorded with other cool jazz stars, including Jack Sheldon, Shorty Rogers, Stan Getz, and more.

By 1959, Niehaus had decided to step down as a soloist with Kenton to focus on his work as a studio composer. However, he continued his association with Kenton as a staff arranger. In 1962, he started working alongside film and TV composer Jerry Fielding, supplying orchestrations for a bevy of television shows, but he was most well known for his work on Hogan's Heroes. He also orchestrated for film, contributing to such well-known productions as Straw Dogs, Bad News Bears, and Demon Seed, among others.

It was while working as an orchestrator that Niehaus developed a close working relationship with actor/director Clint Eastwood, whom he had initially met while they were in the Army and bonded over their love of jazz. After contributing uncredited orchestrations to Eastwood films like Tightrope, The Enforcer, and The Outlaw Josey Wales, Niehaus became Eastwood's favored composer. He would go on to supply the scores for 14 of Eastwood's projects, including 1985's Palerider, 1986's Heartbreak Ridge, and most famously, 1988's Bird, an acclaimed jazz biopic about musician Charlie Parker starring Forest Whitaker, for which Niehaus earned a BAFTA Award nomination. Away from Eastwood, Niehaus again worked with Whitaker on the similarly jazz-related TV movie Lush Life, taking home a Primetime Emmy Award for Outstanding Music Composition for a Miniseries, Movie, or a Special.

Niehaus would continue his close association with Eastwood for the next 20 years, scoring films like 1992's Unforgiven, 1995's Bridges of Madison County, 1999's True Crime, and 2002's Blood Work. He also worked as conductor and orchestrator for Eastwood on 2003's Mystic River, 2004's Million Dollar Baby, 2008's Gran Torino, and others.

In his later years, Niehaus returned to playing music, often leading his own small groups around Los Angeles. He also released several albums, joining fellow West Coast luminaries like pianist Frank Strazzeri and saxophonist Bill Perkins on 1989's Patterns, 1997's Seems Like Old times, and 2002's Live at Capozzoli's. Another live album, Sunday Afternoons at The Lighthouse arrived in 2005 and showcased many of the saxophonist's appearances at the storied Hermosa Beach club. Niehaus died on May 28, 2020, in Redlands, California. He was 90 years old. ~ Matt Collar, Rovi 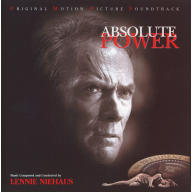 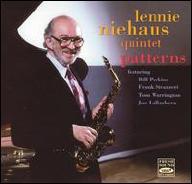 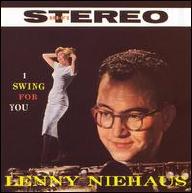 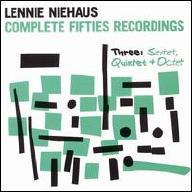 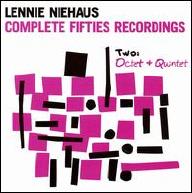 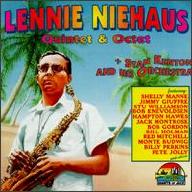 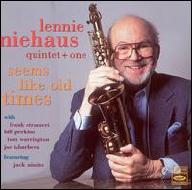 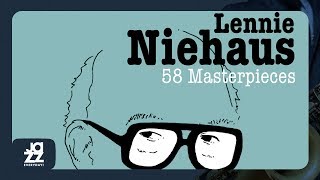 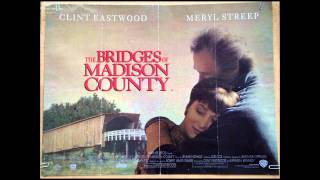 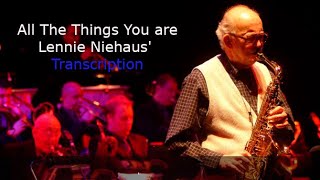 All The Things You Are-Lennie Niehaus' (Eb) Solo Transcription. Transcribed by Carles Margarit 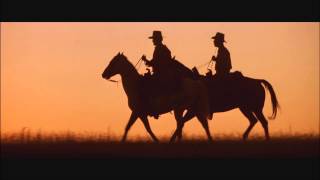 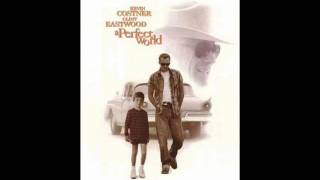 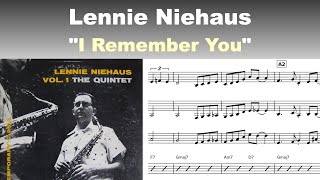