Close
Barenaked Ladies
from Scarborough, Ontario, Canada
formed January 1, 1988 (age 34)
Biography
By combining humor with an eclectic mix of folk and pop/rock, the Barenaked Ladies enjoyed considerable popularity in their native Canada before rising to international status. Their full-length debut, 1992's Gordon, featured "Be My Yoko Ono," "If I Had a $1,000,000," and "Brian Wilson," consequently hitting number one and initiating BNL's reign as Canadian pop kings. Buoyed by the chart-topping single "One Week," the band's 1998 album Stunt, transformed the group into commercial heavyweights in both the U.S. (where it reached number three on the Billboard 200) and the U.K. (where it cracked the Top 20). More Top 20 albums followed, including 2000's Maroon, 2003's Everything to Everyone, and 2006's Barenaked Ladies Are Men. They garnered accolades and won seven Juno Awards. Weathering the departure of co-founder Steven Page, singer Ed Robertson and the group have continued to mature the band's sound while still catering to their loyal fan base. In doing so, they've regularly hit the Top Ten of the Rock Albums chart, releasing albums like 2010's All in Good Time, 2013's Grinning Streak, and 2015's Silver Ball. In 2021, they released their 16th album, Detour de Force.

Vocalists Ed Robertson and Steve Page launched the band in the late '80s as an acoustic act, traveling to different college campuses and playing warm-up gigs for comedy troupes. These early shows played an important role in the group's foundation, as Robertson and Page began injecting their performances with humorous exchanges to hold their audiences' attention between songs. The trick worked, and the band's mixture of comedy and musicianship was cemented.

Following the duo's tour of the college circuit, the Barenaked Ladies expanded into a tight musical group with the addition of bass man Jim Creeggan, his brother Andy on keyboards, and drummer Tyler Stewart. Several cassette tapes were released and helped increase the band's local popularity, but 1991's Yellow Tape was a different animal, selling so rapidly that it soon became the first independently released tape to reach platinum status in Canada. The hype was compounded by the fact that Toronto's mayor, June Rowlands, considered the band's name to be sexist and demeaning to women, and therefore forbade the Barenaked Ladies from playing a 1991 New Year's Eve concert near City Hall. The story found its way onto the front page of The Toronto Star, and sales for Yellow Tape promptly soared. Meanwhile, record labels had begun approaching the band with attractive offers, and BNL soon signed with Sire/Reprise and issued their full-length debut, Gordon, in 1992. Featuring "Be My Yoko Ono," "If I Had a $1,000,000," and "Brian Wilson," the album moved over one million units and initiated BNL's reign as Canadian pop kings.

At the height of grunge's popularity, producer Ben Mink came on board to helm 1994's Maybe You Should Drive, a mellow folk-pop album. Songs like "Alternative Girlfriend" and "Jane" became college radio favorites, but changes loomed on the horizon. Before the bandmates could collect themselves for a third album, Andy Creeggan left the lineup in order to finish college abroad, and Look People guitarist/keyboardist Kevin Hearn hopped on board for BNL's joint tour with Billy Bragg. Hearn joined the group as a permanent member in time for 1996's obscuro-pop album Born on a Pirate Ship, and the band charted new celebrity territory by appearing on an episode of Beverly Hills 90210 to perform their Top 40 hit "The Old Apartment." Success in the U.S. came fast, and BNL began selling out their summer shows. Selections from the tour were captured on the band's first live album, Rock Spectacle, an uninhibited effort (complete with improvised rapping and stage banter) that introduced a new audience to one of BNL's strongest assets: Their live shows. Rock Spectacle became BNL's first record to be certified gold in the U.S., and it paved the way for their biggest album to date.

Stunt, the group's fourth studio effort, was issued in July 1998 and transformed the Barenaked Ladies into stars in both the U.S. and U.K. Buoyed by the chart-topping single "One Week," the album debuted at number three on the Billboard charts and went on to sell over four million copies. BNL upgraded to stadium performances for their subsequent North American tour, leaving behind the theaters and clubs that housed their previous shows. In the meantime, Hearn took a half-year hiatus to recuperate from leukemia, having been diagnosed with the disease earlier that spring. Geggy Tah's Greg Kurstin and multi-instrumentalist Chris Brown filled in for Hearn on the Stunt tour. After a bone marrow transplant in October, Hearn was free of all cancerous cells, and BNL were reunited at their commercial peak. Maroon followed two years later and reached platinum status on the success of "Pinch Me"; it also netted the band two Juno Awards for Best Pop Album and Best Group, as well as a nomination for a Grammy. A greatest-hits collection, Disc One: All Their Greatest Hits (1991-2001), was issued in fall 2001 to celebrate the band's first decade.

Two years later, BNL released Everything to Everyone and effectively fulfilled their contract with Reprise Records. The album sold relatively poorly, and Reprise neglected to offer an extended deal, thus returning the band to independent status for the first time since 1992. BNL responded by creating their own label, Desperation Records, which they used to release their next four albums. A holiday record, Barenaked for the Holidays, arrived in 2004, while the companion albums Barenaked Ladies Are Me and Barenaked Ladies Are Men were issued in 2006 and 2007, respectively. A children's album entitled Snacktime! followed in 2008, but the tour that followed its release was marred by Steve Page's arrest for cocaine possession. The band canceled several shows in response, and while the charges were later reduced to misdemeanors, Page nevertheless announced his decision to leave the group in early 2009.

Reduced to a slimmed-down quartet, the band formed a new label, Raisin' Records, and returned in 2010 with All in Good Time, an album that featured lead vocals by Robertson, Hearn, and bassist Jim Creeggan. The greatest-hits compilation Hits from Yesterday the Day Before was released in 2011, followed in 2012 by Stop Us If You've Heard This One Before!, which collected ten unissued tracks (demos, outtakes, live cuts, and studio B-sides) along with a pair of previously released rarities, all of which were recorded between 1992 and 2003. The following year, BNL returned with their second studio album since Page's departure, the polished and mature effort Grinning Streak.

In 2015, inspired by Robertson's love of pinball machines, the Barenaked Ladies delivered their 12th full-length, Silverball, which also found them reuniting with Grinning Streak producer Gavin Brown. Included on the album was the single "Say What You Want." The band promptly toured the U.S. as part of the Last Summer on Earth 2015 tour with Violent Femmes and Men at Work's Colin Hay. A live album recorded during the tour, BNL Rocks Red Rocks, followed in spring of 2016.

BNL then launched a second Last Summer on Earth tour in 2016, this time with Orchestral Manoeuvres in the Dark and Howard Jones. During the tour, they briefly shared the stage with long-running New York a cappella ensemble the Persuasions. Invigorated by their shared chemistry, BNL invited the group to collaborate on a new studio album. The resulting effort, 2017's Gavin Brown-produced Ladies and Gentlemen: Barenaked Ladies the Persuasions, showcased reworked songs from BNL's past catalog along with a cover of the Persuasions' 1972 hit "Good Times." Later that year, the busy group issue their 13th studio LP (and 15th album overall), Fake Nudes, featuring the single "Lookin' Up." They returned in 2021 with Detour de Force, which featured production by Eric Ratz and Mark Howard, as well as songwriting collaborations by longtime associate Better Than Ezra singer Kevin Griffin. ~ Andrew Leahey, Rovi 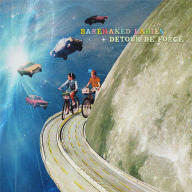 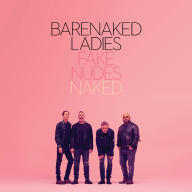 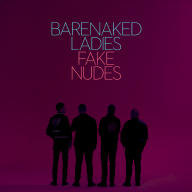 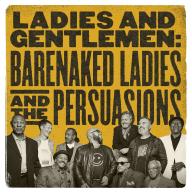 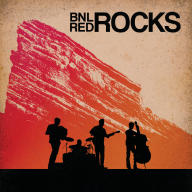 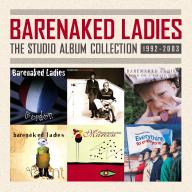 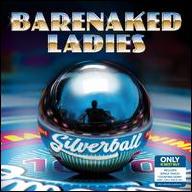 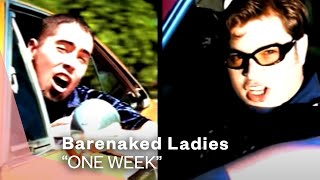 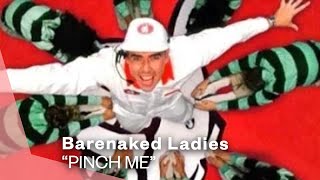 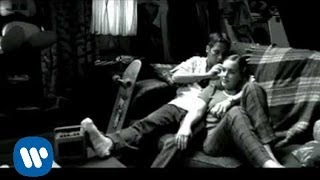 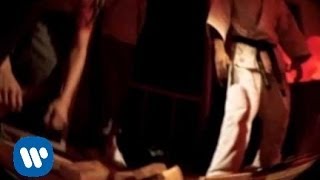 Barenaked Ladies - It's All Been Done (Official Music Video) 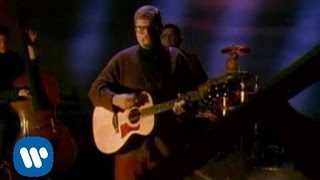 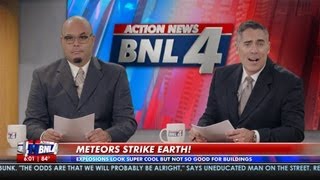 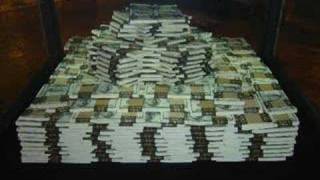