Close
Michel Teló
from Medianeira, Paraná, Brazil
January 21, 1981 (age 41)
Biography
Even though Brazilian pop singer Michel Teló is best known internationally for his 2011 solo dance single "Ai Se Eu Te Pego!" (a favorite among soccer players for celebration dances) he had already been a successful performer for years before recording the number one hit that topped charts in more than 15 countries. Previously, Teló was lead vocalist for Grupo Tradição from 1997-2009, and they experienced a great deal of chart success; he recorded eleven albums with them. Teló sings primarily in the "musica sertaneja" genre, Brazil's most popular style that has dominated mainstream radio and sales figures since the '90s. Its sweet melodies and rich harmonies are underscored by pop hooks, organic and synthesized rhythms, and slick, often luxurious backing arrangements whether in ballad or uptempo forms. Teló's debut solo album, Balada Sertaneja -- issued before he left Grupo Tradição -- attained commercial success based on its two charting singles "Ei, Psiu! Beijo me Liga," and "Amanhã Sei Lá." It set the precedent for him issuing new material on mainly live recordings. This success led to the gold certification of his 2011 follow-up Ao Vivo, which contained his iconic hit. In 2014, Teló collaborated with bachata star Prince Royce on a Portuguese version of the latter's hit "Darte un Beso." The pair performed it live for the first time at the Premios Billboard Latin Awards ceremony. Teló has been nominated for numerous awards in various categories. His 2015 compilation Bem Sertanejo was nominated for the 16th Latin Grammy Awards in the Best Sertaneja Music Album category.

Teló who was born on January 21, 1981 in Medianeira, Paraná, started singing since he was six years old, as well as playing the accordion, the piano, and the harmonica. He formed his first band when he was 12; in 1997, he joined the Brazilian band Grupo Tradição, with whom he released several successful albums and singles as a singer, songwriter, and harmonica player. In 2008, Teló decided to leave the band; his final album with Grupo Tradição, Micareta Sertaneja 2, was nominated for a Latin Grammy in the Brazilian music category. Teló's first solo album, 2009's Balada Sertaneja, featured the hit single "Ei, Psiu! Beijo, Me Liga," while his 2010 live album, Ao Vivo, was awarded gold status and sported the single "Fugidinha," which reached number one in the Brazilian Hot 100 charts.

The following year, Teló released his signature song, "Ai Se Eu Te Pego!," which became popular when Brazilian soccer player Neymar danced to it in a YouTube video that received several million clicks -- a dance that was performed by several other soccer players as well (among them Spanish players Marcelo Vieira and Cristiano Ronaldo, and Polish player Adrian Mierzejewski). The song, which was originally written by Sharon Acioly and Antônio Dyggs, and which had already been a regional hit in Brazil in 2008, received further attention when Brazilian soccer player Ailton sang the song on the German TV show Ich Bin Ein Star -- Holt Mich Hier Raus. Eventually, the song topped the charts in several European countries, as well as in Latin America and Israel. Télo's accompanying 2011 live album, Michel Na Balada, which featured "Ai Se Eu Te Pego!," was nominated for a Latin Grammy Award as Best Sertanejo Album and charted at number 11 in Germany, at number ten in Austria, and at number two in Switzerland. He was nominated again in 2013 for the gold-certified Sunset. Two years later he delivered another live offering with the charting studio date Baile do Teló and 2017's live Bem Sertanejo: O Show. ~ Christian Genzel, Rovi 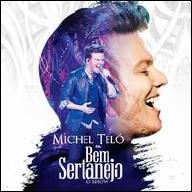 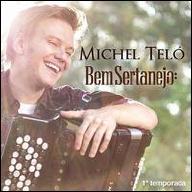 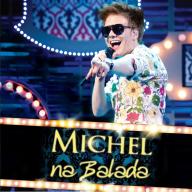 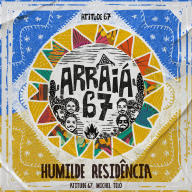 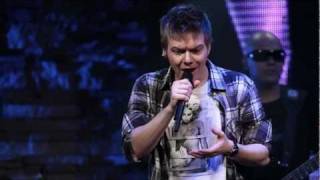 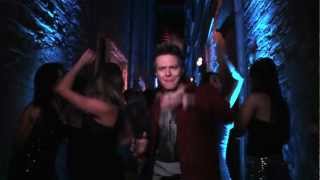 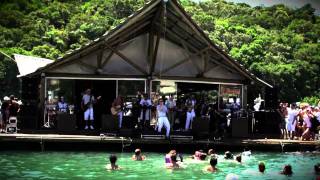 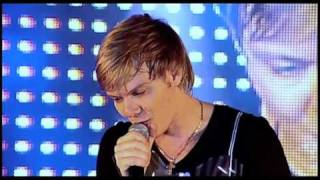 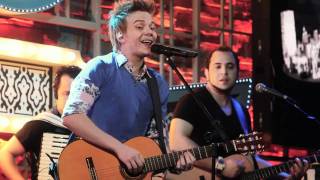 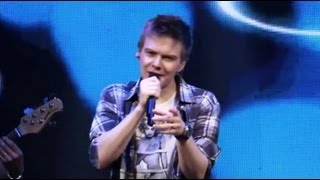 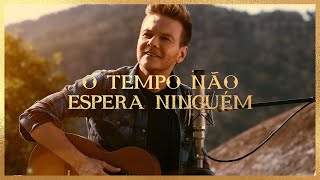