Close
Shanghai Symphony Orchestra
from Shanghai, China
formed January 1, 1879 (age 143)
Biography
One of the world's oldest symphony orchestras outside Europe and the U.S., the Shanghai Symphony Orchestra has evolved into an ensemble of international significance. In the 21st century, it has toured in the West and been involved in anniversary celebrations for several major halls.

The Shanghai Symphony Orchestra was founded in 1879 as the Shanghai Public Band. Its leader was flutist Jean Rémusat, its members were all immigrant Filipino musicians, and the audiences consisted of Europeans doing business in Shanghai. In 1907, Rudolf Buck took over as conductor; he imported section heads from central Europe, and the group's repertory began to include orchestral pieces. That process expanded under pianist and conductor Mario Paci, who took up the baton in 1919 and reorganized the group along the lines of European symphonic ensembles, and in 1922, it was renamed the Shanghai Municipal Council Symphony Orchestra. Paci, who remained the conductor for 23 years, recruited Italian musicians for the group, including vice-conductor Arrigo Foa, and promoted concerts, such as an open-air summer series, to Chinese audiences. Foa succeeded Paci in 1942, and that year, Japanese occupation authorities changed the group's name to the Shanghai Philharmonic Orchestra. Despite the upheavals of war and revolution, the orchestra's activities have never been interrupted for a substantial period.

The orchestra was renamed the Shanghai Municipal Orchestra after the end of World War II, a period in which Europeans fled fighting between Nationalist and Communist forces and were replaced by Chinese players. Yijun Huang became the orchestra's first Chinese conductor in 1950. Six years later, the present name of Shanghai Symphony Orchestra was adopted. Xieyang Chen became the orchestra's leader in 1984 and was succeeded by the present music director, Yu Long, who was trained in Europe and fused that training with Chinese musical principles. The group performs in its own Concert Hall of the Shanghai Symphony Orchestra, which opened in 2014. It is often heard in festivals around China and abroad, including the April Spring Festival in North Korea. The orchestra appeared at the 100th-anniversary celebration for Carnegie Hall in 1990 and at the 125th-anniversary concert of the Berlin Philharmonic in 2004, becoming the first Chinese ensemble to appear at Berlin Philharmonic Hall. The Shanghai Symphony Orchestra toured the U.S. in 2003 and France the following year. 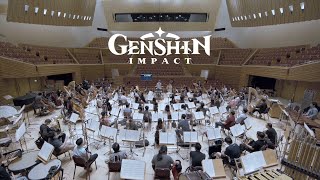 Producing the Sounds of Liyue | Genshin Impact: Behind the Scenes 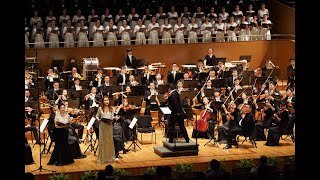 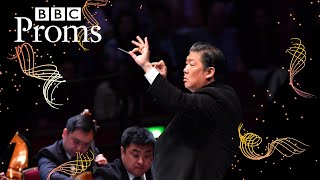 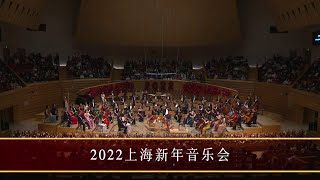 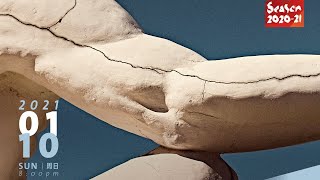 SSO in Concert: Mahler Symphony No. 1 in D major ‘Titan’ 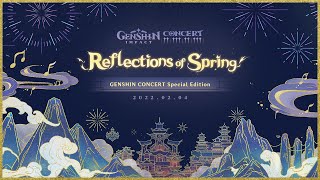 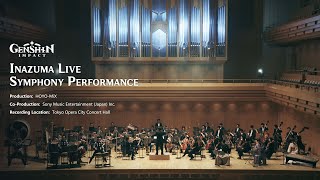