Close
Howard Shore
from Toronto, Ontario, Canada
October 18, 1946 (age 75)
Biography
Most associated with heavier genres like fantasy epics, horror, and thrillers, Howard Shore is an Academy Award- and Grammy-winning film composer. He's also known for his work as a producer, conductor, orchestrator, music director, and saxophonist. Shore's extensive filmography includes the Lord of the Rings and Hobbit trilogies, Martin Scorsese films such as The Departed and Hugo, and a long-running partnership with director David Cronenberg.

Born in Toronto, Canada, Shore began studying music as an eight-year-old and was playing in bands by the age of 13. After attending the Berklee College of Music in Boston, he was a founding member of the Toronto jazz-rock outfit Lighthouse, which released their self-titled debut in 1969. He played saxophone on a half-dozen albums for the group before leaving it in 1972. During his time with the band, he also found work in television, including serving as music director for the short-lived series The Hart & Lorne Terrific Hour (Hart Pomerantz and Lorne Michaels). He composed the music for magician Doug Henning's musical Spellbound, which opened in Toronto in 1974, then served as the original music director for Saturday Night Live from 1975 to 1980. In 1978, Shore wrote his first film score for the mystery I Miss You, Hugs and Kisses (aka Drop Dead, Dearest). The David Cronenberg horror film The Brood followed in 1979. Shore also composed music for Cronenberg's Scanners (1981), Videodrome (1983), and The Fly (1986) before rejoining the director on over a dozen more projects spanning four decades.

In addition to returning to work at Saturday Night Live as a music producer in the mid-'80s, Shore's other projects that decade included comedic fare like Martin Scorsese's After Hours (1985), Penny Marshall's Big (1988), and Susan Seidelman's She-Devil. More in line with his work for Cronenberg, in 1991 he provided the ominous score for Best Picture Oscar winner The Silence of the Lambs. While he continued to compose for comedies (1993's Mrs. Doubtfire, 1994's Ed Wood), he was increasingly sought out for more suspenseful, dramatic material, such as Single White Female (1992), Philadelphia (1993), and David Fincher's Se7en (1995) and The Game (1997). In the '90s, he also provided scores for Cronenberg's Naked Lunch, M. Butterfly, and eXistenZ, among others.

The 2000s brought Shore's first collaborations with director Peter Jackson. Beginning with 2001's The Lord of the Rings: The Fellowship of the Ring, he composed the music for the whole fantasy-adventure trilogy, which also included 2002's The Two Towers and 2003's The Return of the King. He won a Grammy and an Academy Award for his score to the first film. The Return of the King resulted in two more Oscar wins: Best Original Score and Best Original Song for "Into the West," which he co-wrote with Annie Lennox and Fran Walsh.

In 2010, Shore contributed to The Twilight Saga with his score for the third installment, Eclipse, and he earned an Oscar nomination for his work on the Scorsese family film Hugo, released in 2011. The Cronenberg movies A Dangerous Method (2011) and Cosmopolis (2012) appeared in theaters before Shore's music could be heard in another J.R.R. Tolkien-Peter Jackson trilogy: The Hobbit (2012's An Unexpected Journey, 2013's The Desolation of Smaug, and 2014's The Battle of the Five Armies). He also scored Cronenberg's Maps to the Stars (2014) and added another Best Picture winner to his resumé with Tom McCarthy's Spotlight (2015). Shore followed that with the WWII-themed dramas Denial (2016) and The Catcher Was a Spy (2018). In 2019, he paired with violinist Ray Chen for the score to director François Girard's drama A Song of Names. ~ Marcy Donelson, Rovi 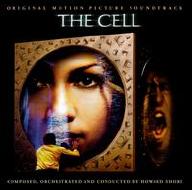 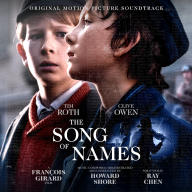 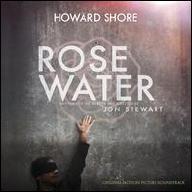 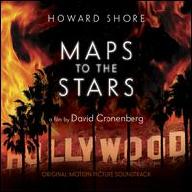 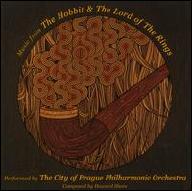 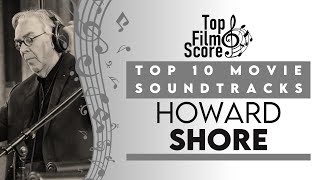 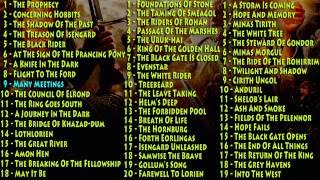 Lord Of The Rings - Soundtrack HD Complete (with links) 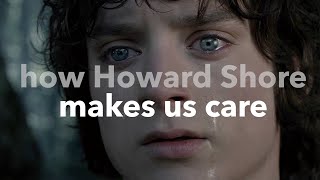 The Lord of the Rings - How Howard Shore Makes Us Care 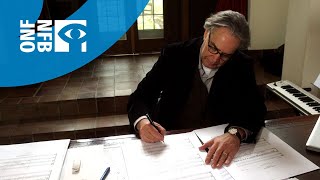 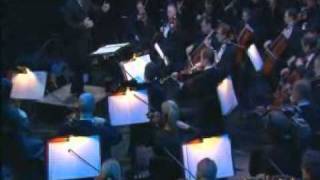 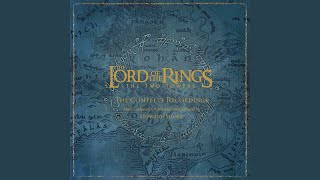 One of the Dúnedain / "Evenstar" (feat. Isabel Bayrakdarian) 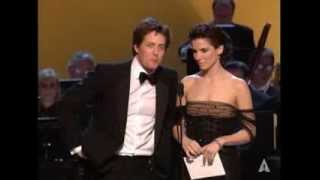