Close
The Black Crowes
from Marietta, GA
formed January 1, 1984 (age 38)
Biography
At the time of their 1990 debut, the kind of rock & roll the Black Crowes specialized in was sorely out of style. Only Guns N' Roses came close to approximating a vintage Stones-style raunch, but they were too angry and jagged to pull it off completely. The Black Crowes, on the other hand, replicated that Stonesy swagger and Faces boogie perfectly. Vocalist Chris Robinson appropriated the sound and style of vintage Rod Stewart, while brother Rich Robinson fused Keith Richards' lean guitar attack with Ron Wood's messy rhythmic sense. At their best, the Black Crowes echoed classic rock without imitating their influences, a blend that pushed the band to the top of the charts in the early 1990s, with 1992's The Southern Harmony and Musical Companion reaching number one on Billboard. While they didn't sustain that commercial peak, the band refashioned themselves as a harder-rocking jam band in the 2000s and beyond, a makeover that helped them stay on the road through lineup changes, hiatuses, and other assorted drama.

The Robinson brothers originally formed the Black Crowes in Georgia in 1984. By the time the group released their first album with 1990's Shake Your Money Maker, the lineup comprised vocalist Chris Robinson, guitarist Rich Robinson, bassist Johnny Colt, guitarist Jeff Cease, and drummer Steve Gorman. "Jealous Again," the first single from Shake Your Money Maker, was a moderate hit, but it was the band's cover of Otis Redding's "Hard to Handle" that made the Black Crowes a multi-platinum success. "Hard to Handle" climbed its way into the Top 40, propelling the album into the Top Ten along the way. The acoustic ballad "She Talks to Angels" became the band's second Top 40 hit in the spring of 1991, and Shake Your Money Maker eventually sold over three million copies.

The Black Crowes delivered their second album, The Southern Harmony and Musical Companion, in the spring of 1992. It entered the charts at number one but lacked strong hits, as none of the singles cracked the Top 40 and only "Remedy" and "Thorn in My Pride" made the Top 100. Nevertheless, the band established itself as a popular concert attraction that summer, selling out theaters across America. During 1992, the band added keyboardist Eddie Harsch as a permanent member. The Black Crowes' third album, Amorica, arrived in late 1994 and debuted in the Top Ten. Even so, none of the singles from the album made a significant dent, and the album slipped from the charts after going gold.

Three Snakes and One Charm, the group's fourth album, was released in July 1996. The album quickly slipped out of the Top 50 after making a strong entrance, yet it also received the best reviews of any Crowes album since The Southern Harmony and Musical Companion. Guitarist Marc Ford was fired from the Black Crowes in August 1997, and bassist Johnny Colt left the lineup in order to form the Brand New Immortals. With Rich Robinson handling all guitar parts, the band recorded and released By Your Side before collaborating with one of the world's most celebrated guitarists, Led Zeppelin's Jimmy Page. This partnership was captured by the concert album Live at the Greek, an eclectic mix of newly recorded Zeppelin covers and additional classic blues cuts. Greatest Hits 1990-1999: A Tribute to a Work in Progress, a 16-track best-of compilation, was released several months later in 2000.

The band enlisted Don Was to produce their new album, 2001's Lions, whose lyrics were influenced by Chris Robinson's highly publicized relationship with actress Kate Hudson. A month-long summer tour with Oasis -- dubbed "the Tour of Brotherly Love" due to the prevalence of siblings in both bands -- followed in June. All was apparently not well with the group, however, and the band announced its decision to go on hiatus in January 2002. Drummer Steve Gorman was fired, and Chris Robinson began planning a solo career. It was Rich Robinson who was first out of the gate with a solo project, though, releasing Paper in 2004. In 2005, however, the Black Crowes reunited for a show at San Francisco's Fillmore, a concert that was released in both CD and DVD formats as Freak 'N' Roll...Into the Fog in 2006. That year also saw the release of The Lost Crowes, which contained two previously unreleased albums, 1993's Tall (parts of which were heard on Amorica and in other places) and the 1997 never-before-heard Band. Following a series of lineup changes, the retooled band hit the road for a proper tour before setting to work on its first studio effort in seven years. Joined by newcomer Luther Dickinson, guitarist and co-founder of the North Mississippi Allstars, the Black Crowes combined the rootsy appeal of their early work with a newfound political awareness on 2008's Warpaint. A live performance of the album, Warpaint Live, appeared a year later in 2009. Before the Frost/Until the Freeze arrived that same year, marking the band's eighth studio effort and gathering warm reviews.

The Black Crowes continued their prolific streak with 2010's Croweology, a double-disc album that featured new acoustic recordings of the band's past work. The album's release was bittersweet, though, as it coincided with a farewell tour followed by another indefinite hiatus. Rich Robinson released his second solo album, Through a Crooked Sun, in 2011 and his brother Chris released two albums with his new band, the Chris Robinson Brotherhood, in 2012. The Crowes lurched back to life in 2013, announcing a spring tour and releasing the live album Wiser for the Time on vinyl. This proved to be the last time for the Black Crowes: in January 2015, Rich Robinson announced the band was breaking up.

The Robinson brothers spent five years apart before reuniting in 2020 with a new Black Crowes lineup for a tour celebrating the 30th anniversary of their debut album Shake Your Money Maker. Due to the COVID-19 pandemic, their tour was postponed into 2021, as was the release of Super Deluxe Edition of Shake Your Money Maker. The following year saw the release of the EP 1972, a set of six newly recorded cover songs that included versions of the Temptations' "Papa Was a Rolling Stone" and David Bowie's "Moonage Daydream." ~ Stephen Thomas Erlewine, Rovi 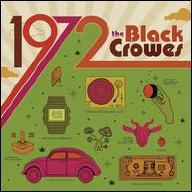 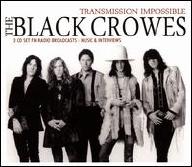 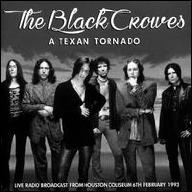 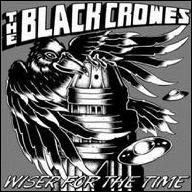 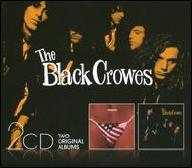 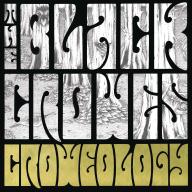 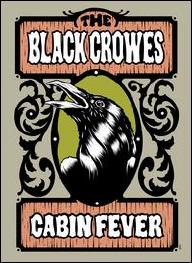 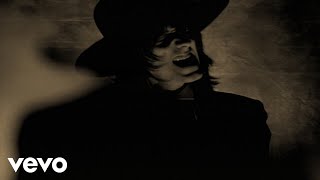 The Black Crowes - She Talks To Angels (Official Video) 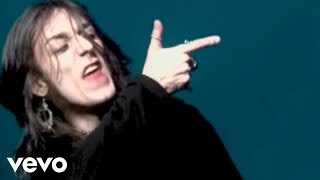 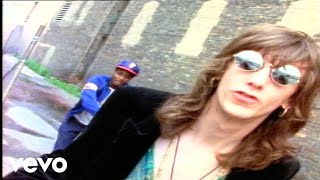 The Black Crowes - Hard To Handle 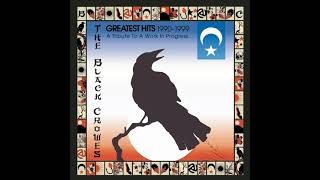 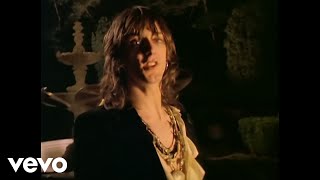 The Black Crowes - Twice As Hard 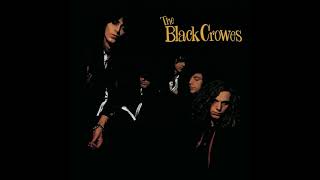 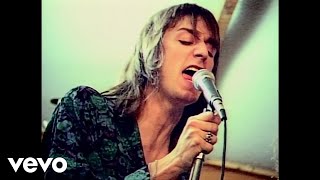