Close
Cynthia Erivo
from Stockwell, London, England
January 8, 1987 (age 35)
Biography
Actress and singer Cynthia Erivo made her West End debut in 2011 before collecting Tony, Grammy, and Emmy Awards for her portrayal of Celie in the 2015 Broadway revival of the musical The Color Purple. She made her big-screen debut in 2018's Widows, directed by Steve McQueen. Quickly taking Hollywood and the music industry by storm, Erivo became an Oscar nominee, garnering nods for both best actress and best song ("Stand Up") for 2019's Harriet. As a recording artist, Erivo signed to the Verve label and released Ch. 1 Vs. 1, her debut solo album, in 2021.

Born Cynthia Onyedinmanasu Chinasaokwu Erivo to Nigerian parents in South London, Erivo started out on a path to study music psychology at university but ultimately graduated from the Royal Academy of Dramatic Art. After appearing on smaller stages, her first role in the West End was as Madeleine in the 2011 production of The Umbrellas of Cherbourg. She went on to tour the U.K. in Sister Act and star off-West End in the musical version of The Color Purple, playing Celie. Back on the West End, at the London Palladium, she was cast in I Can't Sing! The X Factor Musical. While continuing to find work in London theater, she branched off into television with a guest spot on the comedy Chewing Gum in 2015. That October, she released the collaborative album Cynthia Erivo and Oliver Tompsett Sing Scott Alan with her fellow stage actor. A month later, a Broadway revival of The Color Purple with Erivo as Celie began previews. It opened at the Bernard B. Jacobs Theatre on December 10, 2015.

Early in 2016, the Broadway label released The Color Purple [New Broadway Cast Recording], featuring Erivo alongside castmates Danielle Brooks and, in her Broadway debut, Jennifer Hudson. That year, Erivo also appeared on the British TV shows Mr. Selfridge and The Tunnel. In 2017, she became an Emmy winner when an appearance promoting The Color Purple on the NBC's Today show won Outstanding Musical Performance in a Daytime Program, and she also introduced a recurring character on Broad City. The Steve McQueen film Widows marked Erivo's film debut in 2018.

In 2019, Erivo starred as Harriet Tubman in the biopic Harriet. Her performance earned her an Academy Award nomination for Best Actress, and she got a second one for Best Original Song for "Stand Up," which she co-wrote for the film with Joshuah Brian Campbell and Gabe Fox-Peck. "Stand Up" was also nominated for a Grammy in the category of Best Song Written for Visual Media. Erivo next appeared in the HBO crime miniseries The Outsider and played Aretha Franklin on the National Geographic anthology series Genius. Three months after the March 2021 debut of the latter, Erivo issued "The Good," her first single for Verve. A handful of additional tracks built more anticipation for the album Ch. 1 Vs. 1, which arrived that September. ~ Marcy Donelson, Rovi 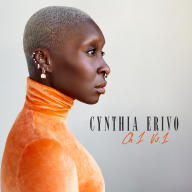 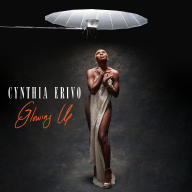 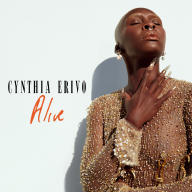 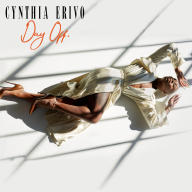 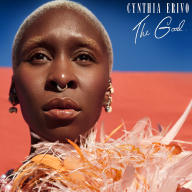 Stand Up [From Harriet]
2019
Videos
Close 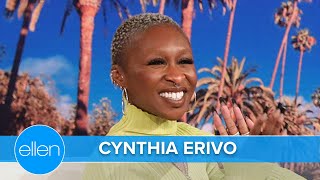 Cynthia Erivo on the 'Wicked' Role of a Lifetime 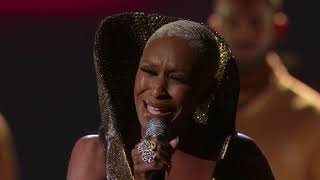 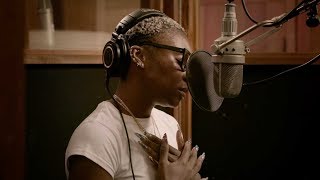 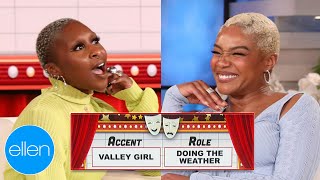 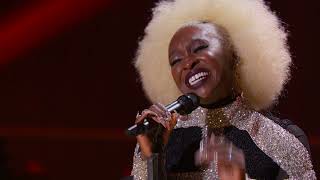 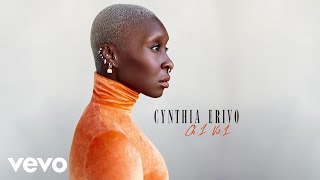 Cynthia Erivo - I Might Be In Love With You (Audio) 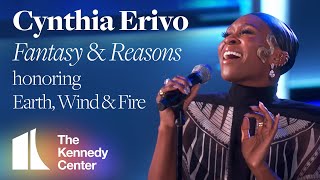